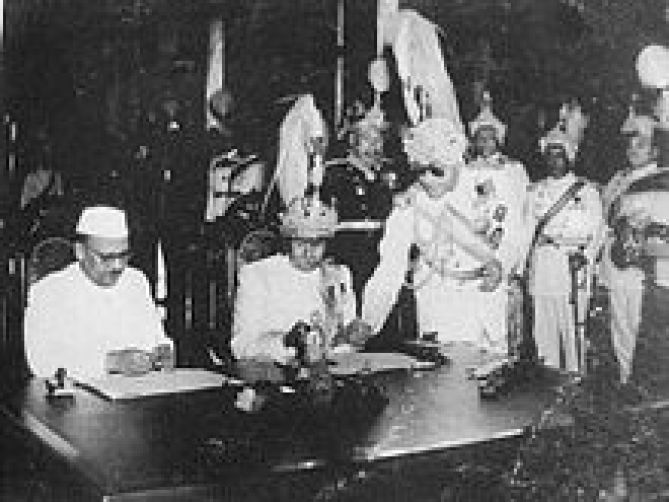 According to media reports, India’s unwillingness to accept Nepal India Eminent Persons’ Groups (EPGs) report reconfirms that it is not ready to reset Nepal-India relations in changed regional and global dynamism. Indian prime Minister Modi seems reluctant to receive the report due to pressure of intelligence and bureaucracy, who are critical to his electoral performance next year.

Delay in receiving the report has raised up suspicion and concern over India’s intentions to implement it. The report has been finalized by EPG members of both the countries five months ago and still waiting time to submit it.  The prime minister of Nepal will receive the report only after being presented it to the Indian prime minister.

The EPG was formed in January 2016 with the mandate to review various aspects of the bilateral relations including Nepal-India Friendship Treaty 1950.

The formation of EPG was not interest of India, the strong opposition in Nepal regarding the treaty of peace and friendship of 1950 was a reason for its formation. Moreover, the border blockade of Nepal in 2015, which severely damaged India’s image in Nepal was one of the several measures espoused for damage control by India for formation of the EPG.

As per sources, EPG has recommended use of smart cards for the people crossing either side of the open border to control terrorism, smuggling of fake-currency, human trafficking and other illegal activities.

However, Indian intelligence agencies and bureaucracy have pressurized on the government, claiming the report favors Nepal and is against Indian interests and India wants to remove the proposal of smart border management along with some other provisions.

Consequently, New Delhi asked Nepal to amend some key clauses of the report, which Kathmandu denied.

Some media also claim that the Indian government is not so pleased with Bhagat Singh Koshyari, EPG India coordinator because of his role in providing concessions to Nepal in the proposed treaty.

India double-crossed Rana Prime Minister Mohan Shumsher to sign the treaty of 1950, in a deal to save Rana regime; on contrary while India was supporting the democratic movement, which overthrew Rana regime within three months of the treaty signed. India succeeded in its intention; Mohan Shumsher was deceived, and Nepal suffered badly after that treaty. Had the Indian leaders been an honest friend of Nepal, they should have waited for restoration of democracy to ink the same.

Since 1951, after abolition of autocratic Rana regime, the governments and people of Nepal have been continuously opposing the 1950s treaty asking either its termination or review. Nepal’s prime minister Man Mohan Adhikary, during his New Delhi visit, in April 1995 insisted on a major review of the 1950 peace and friendship treaty.  In 2014, Nepal and India had agreed on forming an EPG comprising four members each and in 2016, EPG created to consider Nepal-India ties and to review all bilateral treaties between the two countries.

The members of EPG were Bhekh Bahadur Thapa, Nilamber Acharya, Rajan Bhattarai and Surya Nath Upadhyay from the Nepali side, and Bhagat Singh Koshyari, Jayant Prasad, BC Upreti and Mahendra P. Lama from the Indian side.

Nepal has big concern over some articles of 1950 treaty with India including unregulated open border with India, provision to import weapons informing India and equal national treatments for people of both countries.

Neither the 1950 treaty nor any other treaty between the two countries has any measures for the regulation of the Nepal-India border.

Citizens of both the countries have been moving freely into each other’s territory from any point of the 1,751km open border. If Indians come to Nepal in droves, the country could find itself inundated by Indian immigrants.

Nepali EPG members want to revise the defense and commercial provision whereby Nepal must purchase weapons through India or keep India informed in case it brings them from other countries.

India does not want to review the provision of equal treatment to nationals. Article 7 of 1950 treaty states India and Nepal “agree to grant, on a reciprocal basis to the nationals of one country in the territories of the other the same privileges in the matter of residence, ownership of property, participation in trade and commerce, movement and other privileges of a similar nature”. This provision is unfair to Nepal.

Similarly, other bilateral issues need to be sorted out. This includes border disputes in huge Nepalese territories of Kalapani and Susta, unfair trade and transit treaty, restrictions in hydropower trade, unfair treatment in use of water for irrigation, and inundation of Madhes etc.

On the one hand, if the historical, cultural and traditional relationships between border communities of Nepal and India have been eased by the open border, on the other hand, both the countries also complain about the problems arising from the unregulated open border.

India has always asserted that due to the open border, Nepal has become a haven for anti-Indian elements and a new transit point for smuggling fake Indian currency notes into the Indian territory. The Nepali side argues that being a small nation, Nepal cannot accommodate an excessive number of Indian immigrants, who easily acquire Nepali citizenship certificates due to the administrative loopholes in the Nepali bureaucracy.

Moreover, Indians working in Nepal are residing in certain localities of the Tarai and big cities where economic opportunities are comparatively better. But Nepalis that migrate India for work are scattered in small groups all over the country working low-paying jobs for temporary period.

Our trade and transit treaty with India also do not accord us equal benefit. Often Nepal must abide by terms prescribed by India. In an open breach of trade and transit treaty, India even imposes tariff and non-tariff barriers, additional taxes, quantity restrictions, quarantine barriers and anti-dumping duties on Nepali goods.

The dams and embankments constructed by India along its border with Nepal breach international law. These structures cause huge floods and inundation every monsoon, killing and displacing many people in Madhes.

The EPG has done a notable and meticulous job of analyzing each aspect of the bilateral relationship including treaty of 1950 in several rounds of talk and it has finalized the report. The report is confidential until it be presented to prime ministers of both the countries.

During the informal interviews and speeches, EPG members of both the countries have said that the treaty of 1950 won’t remain the same and there could be a compulsory provision of identity cards for Indians and Nepalis traveling to each other’s country by air and via land routes.  The report would certainly open new doors of opportunity for both the countries to sort out their differences in many other fields.

PM’s Advisor to Foreign Affairs Dr Rajan Bhattarai expressed their faith that PM Modi would not only accept the EPG report but also implement it. Moreover, foreign minister of Nepal stated that It was prepared with a motive to redefine and restructure the Nepal-India relations based on the new context.

Even Bhagat Singh Kosiyari, coordinator of EPG from Indian side, has assured that Modi would spare time to accept the report.

However, the media reports and informal statements of responsible Indian authorities are not encouraging. One EPG member and former Indian ambassador to Nepal Jayant Prasad had reportedly registered his note of dissent over regulating the open border and revision of the 1950 Treaty.

Certain Tarai leaders are speaking language alike southern hardliners by opposing the provision of border management, citing it will affect the social, cultural ties between two nations.  Nonetheless, it could be again counterproductive if they would initiate public agitation against report as they have bitter experiences of border blockade 2015.

Nepal has time and again complained with India that the treaties between the two countries have been biased, so now is the right time as the EPGs report is also ready; the Nepal government should take extra diplomatic initiatives with concerned Indian authorities for its earliest submission to the prime minster of India. If all diplomatic doors are closed in government level, people of Nepal should press Nepal government to initiate consultations on to unilaterally terminate 1950 treaty as there is provision in article 10 of the 1950 treaty to terminate it by Nepal giving one year’s notice to India. Otherwise, the unacceptance of EPG report and its discard would be considered end of another top-level drama of India buttressed by our rulers.