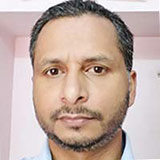 A church priest consoles family members of P. Jayaraj, 58, and son Bennicks Immanuel, 31, on June 28 after
they were allegedly tortured to death by police in Thoothukudi district of Tamil Nadu. (Photo: AFP)

Street protests have ended in southern India’s Tamil Nadu state after four police officers were arrested on charges of murder, a week after being accused of torturing and killing two Christian men in custody.

Church officials and rights groups have welcomed the intervention of the state high court that resulted in the arrests on July 2.

“The high court has done a commendable job and now we can hope the victims’ family will get justice,” said Bishop Stephan Antony Pillai of Tuticorin.

The son died on June 22 and his father the next day. They belonged to the Protestant Church of South India.

Jayaraj was arrested for not closing his son’s mobile phone shop in time in line with Covid-19 restrictions. His son, who went to the police station to enquire about his father, was also arrested.

The news of their torture and death caused national uproar after people compared the case to the killing of George Floyd in the US.

Supported by rights groups, protests intensified across Tamil Nadu as the state government was accused of trying to hush up the matter.

The government’s callous attitude led to the state’s high court taking suo moto cognizance of the matter and ordering a probe by a judicial magistrate.

The probe confirmed that police brutality led to the deaths. The magistrate also stated that police officials did not cooperate with the probe and even attempted to threaten him.

A post-mortem report and the probe findings helped the court order the arrest of the accused police officers on murder charges.

In a rare move, the court directed the district’s top administrative officer to take control of the police station “to protect the evidence” against the accused officers.

However, the state government sought the court’s permission to entrust the case to the Central Bureau of Investigation, a federal agency. The court has left it “to the wisdom” of the government.

Church leaders and rights activists oppose the move, saying the federal agency can start work only after gaining permission through a time-consuming process, which would allow the accused to have time to erase the evidence and escape.

“Since the high court is monitoring the probe, there seems to be no need for any other agency to probe,” Bishop Pillai told UCA News on July 3. “Any delay to the probe can damage the prospects of the victims getting justice.”

Police officers in this particular area have a history of torturing Christians, particularly those from a lower-caste background, Christian leaders say.

In February, the same police station took a Christian pastor and eight others into custody following a complaint from Hindu Munnani, a right-wing Hindu group active in the state. The complaint accused them of disturbing social peace with their Christian worship and preaching.

“The officials beat them with batons all over their bodies, including their private parts, and even ridiculed them for their faith in Christ,” said Abraham Mathai, a former member of Maharashtra state’s Minorities Commission.

The officials “mocked the Christians by asking them to invoke the help of Christ to save themselves from the torture,” he said.

The pastor and two other Christians were hospitalized for serious injuries, Mathai said.

The torture victims filed complaints to both Tamil Nadu’s Minorities Commission and Human Rights Commission. “But because of the Covid-19 lockdown, their petitions haven’t yet been responded to,” Mathai said.

“If the government had acted on the earlier complaint, the lives of this father and son would not have been lost,” Mathai added.

Father Sahaya Philomin Raj, a Jesuit activist lawyer who is monitoring the case, told UCA News that he feared the accused police officers could have cleaned the police station and destroyed bloodstains and other evidence.

However, if the probe is fast-tracked, much decisive evidence could still be obtained and the accused could be given the right punishment, he added.

“Their torture was so cruel that blood-soaked clothes on the victims were changed three times while they were in the police station,” the priest said.