Morality and Immorality in Contemporary Politics 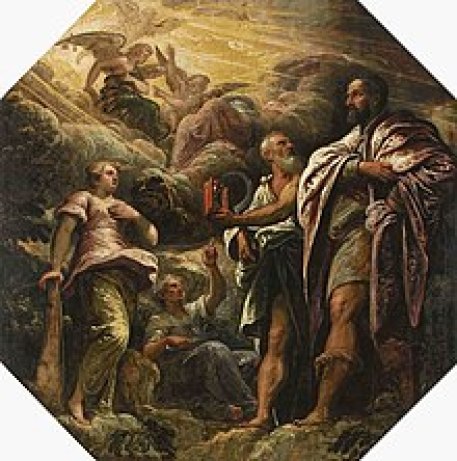 Allegory with a portrait of a Venetian senator (Allegory of the morality of earthly things), attributed to Tintoretto, 1585   Source : Wikipedia

In the world of ideology free zone of politics, the question ‘of morality and immorality in popular and mainstream political traditions’ is becoming irrelevant. The incompetent governments, helpless states, visionless leadership, directionless politics, weak judiciaries and compliant media organisations are the net output of amoral and illiberal politics.  The moral critique of political system does not yield any electoral dividends for radical politics within democratic system. The irrespective of ideological formations, the political system is designed in such a way that exploits people and stands with the capitalists, and upholds the interests of the propertied class through corrupt means. It looks as if there is a clear bifurcation between politics and morality in praxis. The moralistic cults based on hard work, honesty, sobriety, sexual propriety, thrift, nonviolence, truth, and other Gandhian, Ambedkarite, Marxist, Mandelian, and Martin Luther King’s shared and collective values in politics are becoming obsolete and considered to be liabilities in politics.

The deepening of moral crisis in politics is an extension of utilitarian values incorporated in the society during early industrial revolution and patronised during managerialist led market revolution during 20th and 21st century. The moral dumbfounding cultural effect in politics is further accelerated by the growth of fictitious online social, economic and cultural life in the age of information technology. It ensures mass melancholy of the obsolete and immoral self-serving politics of brutal capitalism, which hides behind democracy and individual freedom. It does not guide people and society towards peace, progress and prosperity due to its immoral political landscape. The immoral politics is based on illiberal ideas and practice, which divides the society and people on moral questions. In 2012, psychologist Jonathan Haidt has published his book “The Righteous Mind: Why Good People are Divided by Religion and Politics”. He has outlined moral foundations of politics based on ideals of care, fairness loyalty, authority, sanctity, and liberty. According to Jonathan Haidt, these moral qualities are intuitive and integral to human beings. But in reality, there are collective material foundations, which helps to develop these moral qualities in human beings. These qualities are products of everyday experiences of working classes in their work place and their interactions with fellow workers that ensures these moral qualities in working population.

What are the political alternatives before the working-class masses? How to ensure morality in politics?  The answers to these questions are complex but not difficult to answer.

It is time to bring back mass politics rooted in class, dedicated to class and led by working classes. The concept of class politics is no longer confined within organised industrial zones. The trade unions used to organise these workers in their work places. The trade unions and working-class people have played a major role in wage bargain movements in the workplace to anti colonial and anti-capitalist struggles. The working classes have played a major role in democratisation of society and in enlarging individual liberty and citizenship rights. The working-class morality in politics has shaped morality both in radical and mainstream politics. The work and the workplaces used to be the source of working-class consciousness, which shaped political movements, ideologies and leadership based on working class morality.

In the age of information technology driven economic system, there is disintegration of work and workplace. The working-class people and their work places are scattered all over the places from the bedrooms of garment workers to the bathrooms of information technology workers. The work has entered into every step of worker’s life and individualised work and working culture. The workers as citizens are alienated both from their work place and fellow workers, which helped to develop depoliticised consciousness and growth of anti-politics machine. The capitalism and its political systems treat individuals as orderly objects and not as citizens and human beings with rights and liberties. Such an economic, social, political and cultural transformation in work and workplace led to growth of professionalisation of technocratic politics shaped by the ruling and non-ruling classes to uphold their own interests. It promotes culture and politics of competitive immorality based on selfish-self-interests. The authoritarian megalomaniacs are controlling the state and government in defence of their capitalist masters.

Moreover, the separation of market from producers and consumers has helped for the growth of market led democracy, which diminished citizenship rights and trying to convert citizens into self-interested and self-satisfying customers only. The customer driven politics based on self-interests has dismantled the collective foundation of politics, state and governments. Citizens are disinterested clients of a democratic state and government, where the capitalist classes rule and promote immoral politics. The moral crisis in politics is framed as crisis of state, government, secularism, multiculturalism, socialism and democracy. Such analysis hides the failures and vulnerabilities of capitalism and its immoral political projects. It promotes capitalism as only alternative and there is no other alternative to authoritarian capitalist doctrine. The moral crisis in politics has huge detrimental impacts on working class needs and desires. The moral crisis in capitalist politics is an opportunity for working classes to revitalise their political project by mobilising different sections of working classes both in their organised and unorganised forms. The collective political movements of working classes based on working class morality can revive the revolutionary politics to save democracy and individual freedom.