Maldives: A New Threat to an At-Risk Archipelago 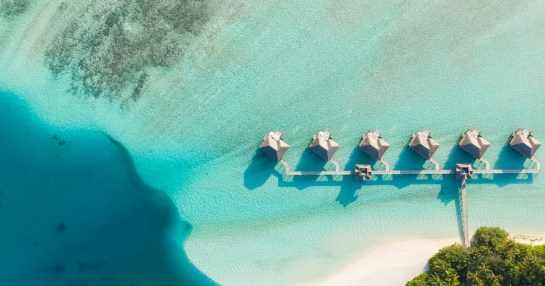 The spread of the coronavirus pandemic poses dire threats to small island nations like Maldives. With its very foundation at stake, Maldives has invested in enhancing its bilateral and multilateral partnerships to curb the spread of the virus and reinvigorate its economy.

On March 12, Maldives declared one of South Asia’s first states of public health emergency, allowing authorities to enact restrictive containment measures such as a nationwide shutdown of educational institutions, guesthouses and hotels, and nonessential services. To limit the spread of the virus, the country closed its borders to arrivals from some of the worst-hit countries and later suspended on-arrival visas. The government also decided to postpone local council elections that had been scheduled to be held in April.

By May 20, the archipelagic nation had reported a total of 1,186 confirmed cases of COVID-19, the disease caused by the coronavirus, including four deaths. Given the country’s capacity constraints, the Maldivian government has relied heavily on bilateral relationships and multilateral organizations for essential medical supplies. To enhance testing capacity, the World Health Organization (WHO) donated 11,000 test kits to the Maldives, and the government has revealed plans to bring in over 19,000 test kits. Private actors like Medtech Maldives have also stepped up by bringing in shipments of test kits and personal protective equipment.

With its limited medical infrastructure, Maldives would face particularly high risks from a serious outbreak among its population of more than half a million people. The nation’s large migrant worker population could prove to be another big hurdle. As a major recipient of aid from China, India, and other Asian countries, Maldives has often looked for other avenues of humanitarian and medical assistance over the years. Maldives has also continued to work closely with the Indian government to evacuate its citizens from Wuhan, China, the origin of the coronavirus outbreak.

For the Maldives, the slowdown in the global tourism industry will have dire consequences, as will suppressed construction activity. Tourism directly and indirectly accounts for two-thirds of Maldives’ GDP. While the government has already announced an economic recovery plan of 2.5 billion Maldivian rufiyaa ($161.3 million), only time will tell the full financial impact of the pandemic and the way forward for the country.

Interview with Nilanthi Samaranayake, Director of the Strategy and Policy Analysis Program at CNA, a nonprofit research and analysis organization in Arlington, Virginia

How does Maldives perceive the role of international institutions in combating this pandemic?

As a small island nation, Maldives appears to understand its need for contributions from international institutions to combat the coronavirus. It is seeking financial assistance from the Asian Development Bank, the Asian Infrastructure Investment Bank, the International Finance Corporation, and the International Monetary Fund (IMF). The World Bank recently approved a $7.3 million project to help Maldives respond to the virus and build capacity in its health system to enhance virus detection.

Given that South Asia is the most densely populated region in the world, what are the opportunities and challenges for the South Asian Association for Regional Cooperation (SAARC) amid this pandemic?

SAARC has generally been viewed as a moribund institution inasmuch as the long-standing conflict between India and Pakistan has limited its ability to reach consensus on important issues. However, the SAARC Disaster Management Center has played a critical coordinating function to limit the spread of the virus, with its website serving as a central data repository.

At the outset, Indian Prime Minister Narendra Modi brought together regional leaders and proposed a SAARC emergency fund. His decision to work through SAARC was surprising given how much emphasis his administration has placed on the Bay of Bengal Initiative for Multi-Sectoral Technical and Economic Cooperation as an alternative regional institution. India offered $10 million to the emergency fund, while Sri Lanka pledged $5 million, and even Bhutan offered $100,000. For its part, Maldives offered $200,000 to the fund, despite its own significant domestic needs. Though these early developments are encouraging, the persistent India-Pakistan conflict will likely continue to limit the potential for regional cooperation through SAARC.

What are the implications of the pandemic on the country’s tourism-driven economy?

The pandemic is unquestionably affecting Maldives’ luxury tourism industry, which accounts for up to two-thirds of the country’s gross domestic product. Maldives has already had its credit rating downgraded, and one estimate projects it could face a foreign currency shortfall of up to $450 million. However, the pandemic is in part exacerbating economic troubles and external debt burdens that Maldives was struggling with even before the crisis. Foreign currency earnings from tourism are critical for the country to pay off debts and maintain sufficient exchange reserves. These are the long-term challenges that Maldives has confronted in the past decade as it has become an upper-middle-income economy. While this is an overall positive development, countries achieving this status lose access to the concessionary loans from international institutions, including the Asian Development Bank and the IMF, on which their growth had depended.

The IMF has approved roughly $29 million to help alleviate the pressure on Maldives’ economy and foreign exchange reserves. India has also offered to swap $150 million in currency to help Maldives manage its cash flow during this difficult period. However, these stopgap measures will not address the long-term, structural threats to the country’s economy that can only be alleviated through the adoption of effective debt-management strategies.

Given the nature of the virus and its transmission, many countries are turning inward. Is Maldives trying to reduce its dependence on imports of staple foods and medicines during this pandemic?

There is no concrete evidence that Maldives is actively pursuing broad-based steps to reduce its dependence on imports. Like many other island nations, Maldives has geographic circumstances that necessitate the import of critical goods such as food and medicine. Currently, the low-lying, archipelagic country’s biggest existential threat is rising sea levels.

Delivery of health services has been hampered by the country’s geography, limited numbers of tertiary hospitals, and lack of skilled professionals. How does the government plan to address these issues both during and after the crisis?

Maldives has consistently relied on external assistance to compensate for its insufficient domestic capacity to respond to the pandemic. India’s assistance is significant; this is not surprising given the history of close bilateral military cooperation between the two countries. The Indian Army set up a laboratory in Maldives for testing presumed coronavirus patients, staffed by a fourteen-person medical team. Meanwhile, the Indian Air Force delivered tons of medicine and hospital supplies. Other countries have provided supplies as well, such as China and Bangladesh, but India appears to be the largest source of aid.

The article appeared in Carnegie India on May 21, 2020