Locating teaching as an activity in revisiting education in India 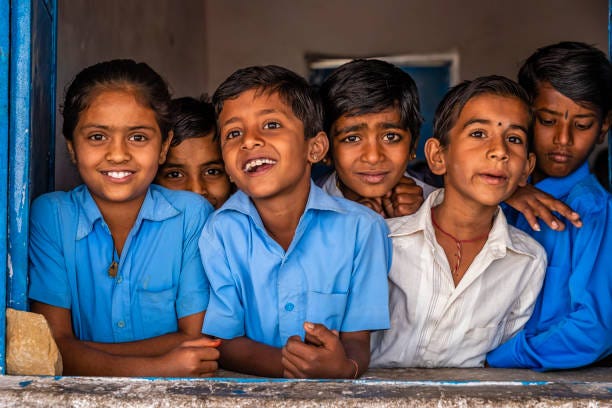 The cut-offs for admission in one of the most prestigious Delhi universities garner headlines annually. What was different this year is the normalisation of 100 percent cut-off on different subjects in top colleges. The competition getting fiercer can be attributed to the phenomenon where around 500 odd students who secured more than 95 percent in 2008 all over the country in the intermediate exams conducted by the CBSE (Central Board of Secondary Education) have witnessed a jump to 36000 who scored the same in 2020, have raised several questions on the overall education system in India. What do these numbers reflect? Thus, is it suggestive that over the years, students have become more competitive or studious? Or the teaching methodology has radically ameliorated and evolved? Or the difficulty level of questions being asked has been abridged? Or has the examination of answer scripts become more lenient? Or are schools, in general, have become more diligent over a decade to impart quality education to their students? The answers to these questions shall vary from individuals to a group of individuals to the organisations involved in the education in different capacities, comfort the observer subjected to the lens one chooses to see through.

On the contrary, how so ever these numbers seem remarkable at first glance; the education system in India has been dismal. This article shall focus on school-level education, particularly on how to instigate rethinking or reformation taking a bottoms-up approach in the context of teaching as an activity. Teaching in India has predominantly placed teacher as an agent of dissemination of information. The students are presumed to be an empty vessel to be filled with information and subsequently evaluated the capacity of retention of that information. The questions predominantly asked in the board exams are premised on one’s ability to recall what has been prescribed in the syllabus. Furthermore, when the answer scripts go for an evaluation, the examiner is provided with a prototype ‘standardised’ answer script based on which the rest of the answer scripts are to be evaluated. It is one technocratic loop that takes away the essence of learning.

Neil Postman in his oeuvre ‘Teaching as a Subversive activity’ argues to cultivate ‘subversive’ young minds that allow one to be part of one’s own culture and concomitantly out of it. The schools, he argues schools must reinvent themselves into ‘training centres for subversion’. However, to do so, schools are confronted with three problems which are communication revolution, meaning thereby owing to the technological revolution the number of messages has astronomically increased albeit the amount of information has reduced; media to communicate has increased, and significant ideas have decreased. The second is ‘change revolution’; change is not new, but the knowledge explosion has brought a varying degree of change. In other words, the moment one is trained in a particular education system, and the moment one comes out of it, the surrounding gets altered to the extent that one gained knowledge over the years renders outdated. Third, what Postman calls ‘burgeoning bureaucracy’ predominantly focuses on ‘how’ rather than ‘why’. To opt for a renewed approach, one way to approach it is what prevents it. Bureaucratic machinery often prefers being the status quo rather than toying around with new ideas.

The fundamental maxim of educating oneself is to make human lives more comfortable and to attain collective, inclusive social, political, cognitive and economic growth. The purpose of education is to know what all slipups have been committed by humans in the past and try to resolve, mitigate and make efforts not to repeat it. Amidst contestations, the New Education Policy has broadly envisaged a blueprint that embarks paradigm shift in Indian education as its implementation in its entirety shall be achieved by 2040. It will be crucial to know how it reshapes the classroom, the most fundamental level of spatial learning in terms of teacher-student interactions rather than getting lost inlaid by the NEP 2020. The ideals of ‘critical thinking and creativity’ as purported should not just be an ostensible grandiose vision limited in a draft. The draft of NEP takes a radical departure from 10+2 to 5+3+3+4, which interestingly is similar to that of the western education school system. The US’ through highly decentralised typically follows a 3+5+3+4 schooling system. It is well-known that despite this division, the state of affairs of the US’s education system is dismal primarily due to its inaccessibility and quality teaching. A classroom forms a nucleus of school education in which teaching is its constituent process, its hoped that the elaborate document on the NEP focuses on revolutionise the student and teacher interaction and as Postman declares to make teaching a ‘subversive activity’ that does not reward student on mere recalling a piece of information.

The primary function of education, according to Postman, is to augment the survival prospects of a group (or civilisation). The threats in a primitive society largely remained unchanged for a considerable period, and therefore, the adherence to past ideas, attitudes, and skills remained relevant. However, the ‘change’ is now one of the primary characteristics in a modern society that makes a new approach to learning a sin qua non. Humans have adapted the change, for instance, theologically through ‘unlearning’ and ‘selective forgetting’ by reinterpreting religions to suit modern sensibilities. It is an auspicious hour to do with teaching as well. However, the case has not been so as what and how was I taught in the classroom as a Kindergarten student in mid-1990s is almost similar to that of a Kindergarten classroom teaching in 2020! It is assumed that the progressive outline of NEP intends to foster a creative, innovative, tolerant, inquisitive individual who is equipped with dynamism to adapt oneself to the changing times. One is brave enough to face and combat ambiguities and uncertainties in life ahead. In this regard, school as a social institution can bring radical cultural change in society, internalise relevant concepts and train intuitive minds that lay in tune with the evolving times; for that the activity inside a classroom being a nucleus ought to evolve. The approach towards questions needs a complete overhaul whereby ‘whether democracy is important?’ rather than ‘which is the largest democracy in the world?’ shall invigorate ‘intuitive minds’ instead of ‘recall robots’ that would detest adhering cookie-cutter answers as a mark of competency.