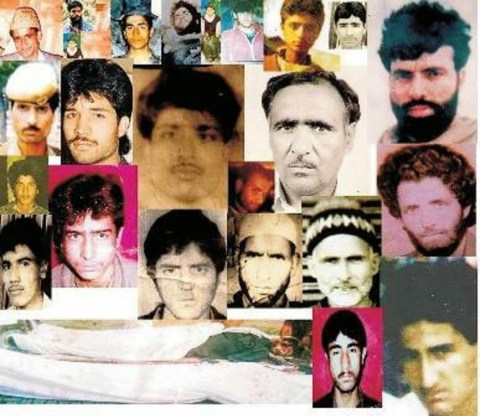 Islamic militants and separatist groups working to free the Kashmir region from India have turned down a federal offer of a ceasefire during the Muslim holy month of Ramadan.

The United Jihad Council (UJC), an amalgam of militant groups leading an armed struggle against India’s military, on May 18 rejected the ceasefire declaration but said it would have welcomed it had the government shown some seriousness and character.

On May 16, the start of the holy month, the government declared a ceasefire in the state and told security forces not to launch any anti-militancy operations.

“Once the month of Ramadan is over, India will again unleash terror,” he said, adding that such tactics will not mislead the people of Kashmir or the international community.

Separatist groups and militants want to free Kashmir, where Muslims form 96 percent of the population, to establish a free Islamic state or to make it join with the neighboring Islamic state of Pakistan.

India considers Kashmir an integral part of the nation and has used military might to suppress the secessionist move. India has accused Pakistan of helping the militants, an allegation Pakistan has denied consistently.

The federal announcement of a ceasefire said it was “important to isolate the forces that bring a bad name to Islam” and invited “everyone to cooperate in this initiative and help the Muslim brothers and sisters to observe Ramzan [Ramadan] peacefully and without any difficulties.”

Islamic leaders in Kashmir want India to consider a political solution to free the region from Indian rule.

“It’s better for India to accept the nature of the dispute and resolve it as per the aspirations of people and in the light of U.N. resolutions,” Salahuddin said.

The announcement carries a deep meaning on how Kashmiris live at the mercy of more than 800,000 Indian troops, who enjoy complete immunity and can kill at will, he said.

Mohammad Yasin Malik, a former militant leader and present head of the Jammu and Kashmir Liberation Front (JKLF), said a comprehensive plan is needed to resolve the Kashmir dispute.

“The people of Kashmir have never ever been in favor of violence but it was always a compulsion due to the status quo,” Malik told ucanews.com.

Mansoor Hussain Soharwardhy of the Peoples Democratic Party said the ceasefire was an opportunity to work for peace and reconciliation.

“This is the time when we can show to the world that we care for our people and want them to live in peace and tranquility with dignity and honor,” Mansoor said.

The conflict dates to 1947 when British rule ended with the creation of India and Pakistan. Both countries claim Kashmir, part of which is ruled by each of them. Kashmir was the focus of three wars between them as well as countless skirmishes.

Militants have stepped up violence since 1989. Rights groups estimate that 100,000 people have been killed, but Indian official records put the number at closer to 47,000.

Calls for dialogue have come from a range of community groups, not least Christian churches. However, conditions set by both nations have stymied efforts to convene talks.

Since January, 53 militants, 33 civilians and 13 soldiers have been killed in the violence.