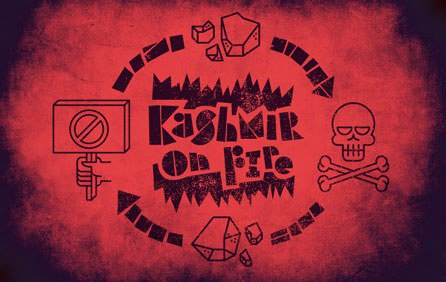 Since seven decades we are witnessing a struggle for freedom by people of Indian-occupied Jammu & Kashmir (IOK). They have been suppressed mercilessly with curfews, arrests, Lathi charge, tear gas, rubber bullets by more than half a million Indian military troops. It seems torturing Kashmiris has become a favorite model for Indian paramilitary forces.

During the hearing of public interest lawsuit in the IOK High Court, the forces confessed that 3765 cartridges containing 450 metallic balls, around 1.7 million pellets in total were discharged between 9th July and 11th August of 2016. It had left lifetime disabilities to more than 500 people in the IOK.

The Secretary General of Organization of Islamic Cooperation (OIC), Iyad Amin Madani, also reiterated that Kashmir conflict must be resolved according to wishes of Kashmiris and the human rights violations are not an internal matter of India. He also asked the international community to raise voice against the atrocities because very few protests have emerged.

It is because the Indian government hasn’t given the full access to International media outlets for coverage of protests and rights violations due to the fear of international opposition. When Amnesty International tried to raise a voice about Indian state violence in IOK, it was met with accusation of sedition by the Indian Government.

Ironically, India is using new weapons to discourage Kashmiris. The Doctors in Shri Maharaja Hari Singh (SMHS) hospital reported that the troops were using sharp edged metal pellets instead of round rubber pellets that were normally used before. The use of pellet guns had been criticized globally and by many organizations both in India and Pakistan but the conduct of the security forces did not change.

The IOK is being administered through Article 370 of the Indian constitution which does not allow the Indian government to impose any law without developing consensus with IOK government. Only exceptions are defense, foreign affairs, and communications. Since 1947, Indian government never considered giving fundamental rights of the Kashmiris. Exploiting minerals and construction of dams on crucial rivers run in violation to Article 370. Under the same article, the Indian government cannot declare an emergency in IOK unless there was a war. Over three months have passed since the assassination of a young freedom fighter, Burhan Muzaffar Wani, the curfew and the protests are not yet over. Burhan’s father Muzaffar Wani recently said, “I don’t know why India hates Kashmiris.” An IOK college student Danish Bhat stated in an interview; “We’ve lost all fear now. Even if we don’t leave home, the security forces will get us. That’s the story of Kashmir”.

Since 1990, the Indian Armed Forces Special Powers Act (AFSPA) has wiped out peace and quiet in the Kashmir Valley. This act allows Indian army to open fire on any group of people or any individual suspected of having a weapon and arrest anyone without a court warrant. The immunity provided under this Act allows Indian army personnel from any trial of their actions. So they are the liberty to kill anyone, overrun any homes or congregations.

Over the years we have seen mass graves, disappearances of innocent people, rape, sexual abuse, no freedom of speech, political and economic repression. IOK is predominantly a Muslim majority area and India claims it is a part of their greater democratic union. In the book; “Kashmir: The case for freedom.” authors articulated that India is manipulating the political situation in Kashmir by rigging elections, importing pliable Hindu administrators, imprisoning elected leaders, and brutally oppressing the population.

In the book, authors narrated, Pakistan stopped patronizing any freedom fighting group in IOK long time ago. Lately, we have seen several Kashmiri protesters raising the Pakistani flags in defiance to the Indian state and in unity with their brothers in Pakistan Occupied Kashmir (Azad Kashmir).

In a press conference in Srinagar, former Chief Minister of IOK Omar Abdullah, together with other Kashmiri opposition members, blamed the Indian government for the situation in Kashmir saying, “They are not the architects of the problem and are not keeping it alive. It is our inability to address this anger that is keeping it alive.” The passion of Kashmiris for independence is commendable and the international community must come forward to resolve this serious issue immediately.