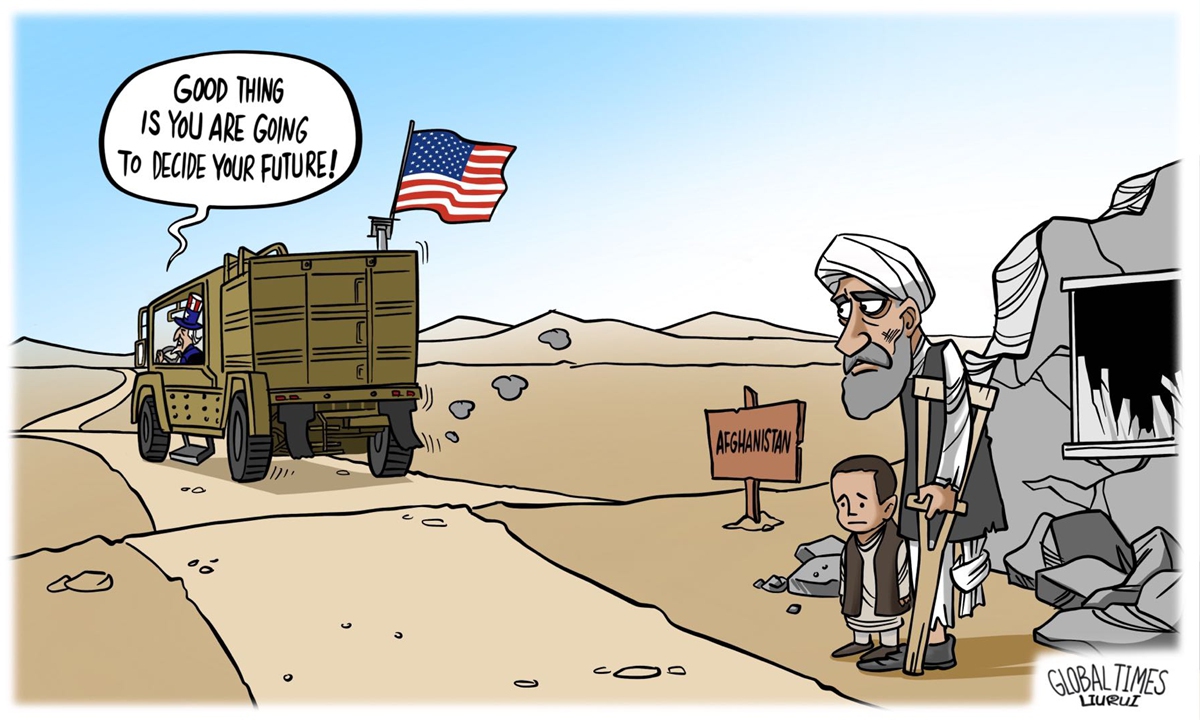 Two very significant global events took place in our time during the first four days of the week starting on July 31st. In the early hours of Sunday morning, 31st July, a US drone killed Ayman al Zawahiri on the balcony of a posh apartment in Sherpur, an affluent suburb of Kabul. The precision of the attack aside – a by-product of another excellent intelligence on part of the CIA – al Zawahiri’s death is catastrophic for al Qaeda and its elk, but this event also catapulted the dim and unassuming image of Joe Biden to the sky, which is likely to positively impact the Democrats in the upcoming Midterm elections. As analysts and media around the world turn their attention to other important events, House Speaker Nancy Pelosi makes her most controversial but significant visit to Taiwan on August 4. These events could have been double-jeopardy for Biden, but instead, they have been icing on the cake for him.

What could have been double jeopardy turned into Joe Biden’s double aplomb. There was a possibility that the US drone attack on al Zawahiri would have failed, tarnishing the American image yet again. The daredevil trip by Nancy Pelosi to Taiwan, regarded as a misadventure by many American analysts and experts, brought rich dividends for the Biden Administration and Democrats, albeit by default. While the elimination of al Zawahiri signals a significant victory over global terrorism, Beijing’s flexing of military muscles after Pelosi’s exit from Taiwan is met with muffled laughter in diplomatic corridors.

Many Americans who have rightly or wrongly celebrated mocking their presumed adversaries and killing real or imaginary enemies in distant lands have noticed that “weak and indecisive” Biden has emerged as a strong, decisive president as a result of Pelosi’s Taiwan adventure and the elimination of al Zawahiri. It is possible that Americans with macho views of their country and leaders could have reluctantly accepted Biden as a leader who is brave enough to punish al Qaeda; and whose administration might even be bold enough to ignore China as an important global player thanks to Pelosi’s somewhat rash diplomacy. However, while Biden’s aplomb in Afghanistan has been by design, a derivative of his own initiative, China’s ineffective, hence laughable scramble of fighter-bombers and symbolic siege of Taiwan in the aftermath of Pelosi’s historic visit that boosted America’s and Biden’s image at home (and abroad) is aplomb for the President by default.

We won’t get into the question of whether America indirectly contributed to the Islamist resurgence in Afghanistan (and neighboring Pakistan and other countries in the region and beyond) after the Soviet invasion in 1979; and regardless of whether Biden and Pelosi did the right thing, Biden and his administration are currently in a win-win position based on the grammar of realpolitik. To those who advocate eliminating terrorism and anarchy in any name and form anywhere in the world, the hyperbole about the cons of eliminating Zawahiri with a Hellfire missile means nothing.

On August 15 last year, the Taliban re-installed themselves once more in power, and they are far from benign, moderate, and reformed. They sheltered al Zawahiri and his likes once again in Afghanistan, less than a year after their ascendancy to power, just as they had done not long before 9/11 for Osama bin Laden and al Qaeda activists. Despite a promise made to the US in Doha in 2020, the Taliban have reneged on their promise to cut off all ties with al Qaeda. Al Qaeda has close ties with the ultra-extremist Haqqani faction of theTaliban. According to a UN report released in June this year, al Qaeda in Afghanistan has found “increased freedom of action”. Since al Zawahiri masterminded many terror attacks and was as dangerous as bin Laden, therefore, what Biden did in line with CIA Director William J. Burns was the right thing to do. Lastly, contrary to some misgivings among Muslims and non-Muslims, neither al Qaeda nor the Taliban represents Islam and 1.9 billion Muslims around the world.

Now, is it fair to castigate Nancy Pelosi as some American analysts and observers have done for her recent trip to Taiwan, as “utterly reckless” and as a “strategic confusion” on her part? Despite one analyst’s assessment that the Biden Administration’s foreign policy is “a mess”, it’s not fair to blame the whole administration for Pelosi’s travel. Among her bitterest critics, Thomas L. Friedman stands out. At best, his piece “Why Pelosi’s Visit to Taiwan Is Utterly Reckless” (NYT, Aug 1, 2022) is over-sensitive and overreactive. His assertion that Pelosi’s visit serves as a prelude to a war between the US and China-Russia is unbelievable. As a result, he castigates Biden for failing to dissuade Pelosi from her “utterly reckless, dangerous, and irresponsible” behavior. Friedman’s advice to Biden is at best unwarranted: “Don’t open two fronts”. It’s almost as if Russia and China will fight the US over Pelosi’s crossing of the Rubicon! That’s silly!

Whether one likes it or not, the American Taiwan policy, as reflected in the Taiwan Relations Act of 1979, is all about preserving friendly relations with both Taiwan and China in accordance with its support for One-China Policy to maintain peace, security, and stability in the Western Pacific region, and to ensure that a) “the future of Taiwan will be determined by peaceful means”; and b) “to maintain the capacity of the United States to resist any resort to force or other forms of coercion that would jeopardize the security, or the social or economic system, of the people on Taiwan”.

In view of the above, it’s preposterous to suggest that “Pelosi’s Taiwan Trip Exposes Foolishness of Interventionism”, as the self-explanatory title of an article by former US presidential candidate Ron Paul suggests [https://www.globalresearch.ca/pelosi-taiwan-trip-exposes-foolishness-interventionism/5789360]. His naivete is unbelievable. He not only calls Pelosi’s Taiwan trip a “pointless gesture that brought us [Americans] closer to military conflict with zero benefits”, but he also attributes the trip to neoconservative Senators Bob Menendez and Lindsay Graham’s wishful thinking about declaring war on China on behalf of Taiwan. Pelosi’s “gambit” appears to have paid off handsomely. Beijing needs to realize that it cannot continue to intimidate its neighbors in South Asia, the South China Sea, Japan, South Korea, and the rest of the world with implicit and explicit military threats. In promoting rogue states such as North Korea and Myanmar, Beijing is flagrantly violating human rights and the world order. We must stop the dragon’s ominous posture of breathing fire right and left in the coming decades.

One can’t agree more with Pelosi’s summation of Xi Jinping as a “scared bully”. She told NBC’s “Today” show on Tuesday morning [Aug 9]: “I think that he is in a fragile place”. Xi Jinping’s recent threat to Biden, “Whoever plays with fire will get burnt” reflects his insecurity and fear of losing out to Taiwan, which is not only a “renegade province” of China but also the biggest manufacturer of semiconductors and microchips, which China relies on almost completely to run its mega industries and factories. Interestingly enough, the U.S. has not only increased military support for Taiwan but has also been working hard “to convince some of the island’s strongest chip producers, including Taiwan Semiconductor Manufacturing Co. (TSMC), to shift production to the U.S. and Japan to reduce the vulnerability of their production to Chinese attack” [Dale Copeland, “China is more concerned about microchips than about Pelosi”, NIKKEI Asia, August 2, 2022].

As a result, there is no need to hype up the useless debate about Pelosi’s Taiwan trip. Twenty-five years ago, another House Speaker Newt Gingrich visited Taiwan in 1997. China and the U.S. didn’t cross swords at that time. Moreover, millions of Americans and other nationals of countries without diplomatic relations with Taiwan visit Taiwan regularly. So why should Nancy Pelosi’s visit be a bone of contention between Beijing and Washington, and why should analysts and observers cry wolf over an impending cataclysmic war between China and the U.S. (and its allies)? “The Taiwan trip of Pelosi should not be a cause for war” [Minxin Pei, NIKKEI Asia, July 30, 2022], and China and the U.S. should continue doing business as usual by maintaining the status quo, without fighting, which wouldn’t ensure a decisive victory for either side.

The author is a historian-cum-cultural anthropologist, Taj Hashmi, Ph.D., FRAS, is a retired professor of Security Studies at the APCSS, US. He has written several books and hundreds of journal articles, and newspaper op-eds. As an analyst of current affairs, he regularly appears on talk shows about Bangladesh, South Asia, and World affairs. His latest book, Fifty Years of Bangladesh, 1971-2021: Crises of Culture, Development, Governance, and Identity, was published by Palgrave-Macmillan in May 2022.