Jama’at: Serving the Moral Cause of Education 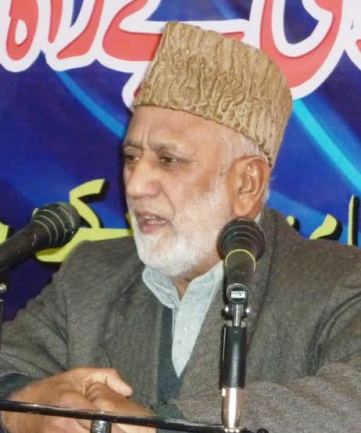 With the emphasis on overall development, Jama’at e Islami in Jammu and Kashmir was established mainly to serve the moral cause of education in the light of Quran. When they found people deviating from that cause, they thought of a renaissance. Since a network of convent schools were operating at that time which Jama’at found a major hindrance in carrying out their cause. Jama’at restrained people from sending their wards to these schools, but the plea was not heeded because every parent wishes his child to study in a good school. Furthermore, there was only one option left then, that was government schools which were inept. They lack the basic infrastructure and sophistication in education. These schools were never expected to compete with the convent schools. But when you are restraining someone from doing something he is in dire need of, you have to come up with an alternative, and that is exactly what Jama’at did.

Jama’at came up with a network of schools popularly known as the Jama’ati Schools. These schools were rich in religious as well as modern education. They were even affordable to the poor students. They came up with the combo of the education system which was lacking in both convents as well as in government-run schools. They were established with an impact, and people showed a great responsibility towards them. In this way, Jama’at was successful in establishing the largest private educational wing in the valley.

Jama’at had won the faith and confidence of the people. So fast were their schools thriving and progressing that a threat of overwhelm was discerned by the government. They thought that with this pace and rapidity Jama’at would dominate the education system of the valley. After that, they started hatching conspiracies, and promptly the two setbacks of 1971 and 1979 followed. The attempts were external, and Jama’at was always ready and adamant to face such afflictions. So the conspiracies could only contrive a small effect. Albeit there was a huge loss to the property but still a little impact on the ground. The faith and the trust of people were still there and to rebuild the loss was a cakewalk. But in 1990, when the internal adversity hit, it was never easy to overcome that doom. The shock coup de graced the well-established education system of Jama’at scattered into pieces.

It took the blood of more than five hundred of its members and the ruined careers of thousands of students to realize them that they lacked something on the ground. When they woke up from the deep slumber, they found themselves almost half a century aft. They could have changed the scenario of the valley had they carried forward the motto of their elders who were against the instant activism and were of the opinion of moving forward the mission of education. They also had a living example of a revolution before their eyes which Sir Syed Ahmad Khan brought among the Muslims of the subcontinent. Had they followed his notion, the situation would have been something else. Although the ground situation was different from Sir Syed’s, to emphasize and accentuate the education was an obligation at both the time and Jama’at compromised with the crucial thing at the crucial juncture where it was needed the most.

Now the analogy of both the revolutions is before our eyes, and it is straightforward to decide that which one revolutionized the world and which one let its people suffer. Maybe Jama’at was looking for the alternative at that time also. But education has got no other alternative. When you are struggling for a revolution, you have to demand less sacrifice from your people but never to compromise with knowledge at any cost. Revolution often devours its children if not given a proper direction.

After striving for almost a decade, they again reached the point where they had started. While making rounds, they must have realized that the earth is round, not flat where you go on running to reach the end. Fortunately in 1997, under the leadership of G.M Bhat, every activism which had consumed its cream layer was decreased. They underwent the revival of its policies and concluded that they should lay enough emphasis on education before moving forward.

Post Script:- Today, as the valley is still wallowing into daily unrests and upheavals, but by the little renaissance of their policies, a lot has changed on the ground. A renaissance which was started more than half a century back has now to be revived again. No doubt, it would take some time to come to the fore, but we have to wait for it. If not we, maybe our future generation would have a glimpse of peace for which our generation always tantalized for. They would at least pray for us and remember us as their well wishers for taking the right decision.