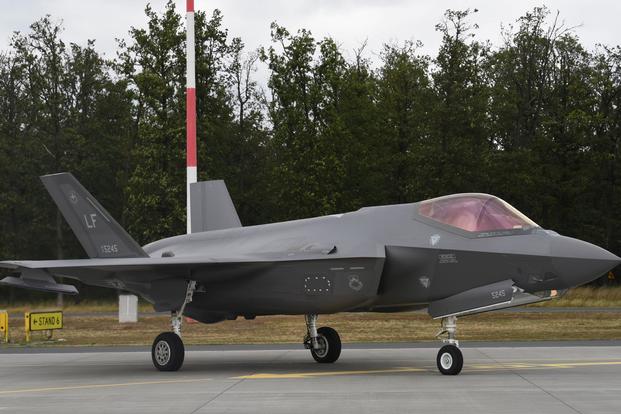 When US made UAE and Israel to normalise their bi-lateral relations, on August 14, 2020, within ten days when the flames of Beirut, Lebanon had not even got doused, the under-cut deal which was made was that US would sell its F-35 stealth fighter jets to UAE, and which, obviously, sent alarm bells in Tel Aviv and Israel PM Benjamin Netanyahu registered his strong objection to it. Why ever would Israel imagine UAE having such stealth fighters? This has, quite understandably, led to a lot-of backdoor tussle between UAE and Israel and the surprise reason for this chasm is: Pakistan.

The US Lockheed Martin F-35 is the most sought-after stealth fighter jet in the world which has led to a fierce competition with Russia and China over it, Russian S-400 stands to it and China’s J-20 is what is called as equal to it. But, recently China made US gasp as it admitted openly that it’s J-20 is a copy of F-35! A report published in defenceaviationpost.com sheds light as to how China whisked US technology. ‘Although China continues to lag approximately two decades behind the world’s most sophisticated air forces in terms of its ability to develop and produce fighter aircraft and other complex aerospace systems, it has moved over time from absolute reliance on other countries for military aviation technology to a position where a more diverse array of strategies can be pursued. In its ever-expanding push for military superiority, China has set its sights on a next-generation stealth fighter on par or greater than America’s F-35, that it hopes to field by 2035, says the chief designer of the Chengdu J-20 reported asiatimes.com. China has finally accepted that its stealth fighter jet J-20 is a copy of America’s F-35’.

But, as if that was not enough that China now seem determined to make US have more tumultuous nights, as what has come to light is that China is duplicating its (F-35) non-stealth features – to carry weapons on external pylons. A report published in defenseworld.net   has found out , ‘the F-35 and J-20 carry missiles and bombs in an internal weapons bay to avoid radar detection. However, for some missions requiring heavier weapons load, these are mounted on external pylons, at the expense of stealth. On (June 1, 2020) Chinese local media posted photograph showing a J-20 prototype undergoing a test flight with two external pylon adapters, one under each side of its wings. The Chinese jet previously had the capacity to carry four PL-15 missiles in its main weapons bay and two PL-10 short-range missiles in its side weapons bay. The external adapters will enable the jet to carry four more missiles. In addition, the Chinese media speculated that the J-20 fighters could also carry external fuel tanks for extended range’ 2

US has been vulnerable to its technology getting stolen by Russia, China, Iran and North-Korea, as there is an elaborate 66-pages report submitted to US Congress, in 2017, as to how the cyber-attacks on US have been witnessed 3  and owing to this, Israel is extremely sceptical of F-35 getting into the hands of UAE.  UAE on its side is lobbying hard and once after the ‘normalisation’ there ought to be no hurdle from Israel into it, particularly, when US has already sold  F-35 to allies like Turkey, South Korea, Japan and Israel,  but then, Israel wants to maintain its military superiority in the whole of Gulf-region, and therefore, would never love to see it going into UAE kitty.

“We have legitimate requests that are there. We ought to get them. The whole idea of a state of belligerency or war with Israel no longer exists,” Minister of State for Foreign Affairs Anwar Gargash said in an online interview with the Atlantic Council, as was reported in Reuters 4. But, in the wake of Israel reservations, a US State Department spokesman deferred to Trump’s comments from a news conference in which he said, “They’d like to buy F-35s, we’ll see what happens, it’s under review.” Ironically, it is Poland, the most recent F-35 customer, which has purchased 32 of the jets in January (2020)’,  to keep an eye on Russia 5 .

Israel knows it all too well that once F-35s will be provided to UAE,  as UAE maintains a threat from Iran,  but who knows the attack might come from Israel ,  the big question is who would fly those F-35? The answer is Pakistan as Pakistan has everlasting footprints on the air force of UAE.  A report highlighting the dangers has appeared in Eurasia Times 6  on August 23, 2020, which informs that the the first Chief of Air Staff of the UAE, appointed by Sheikh Zayed, was Air Commodore Ayaz Ahmed Khan, followed by Ghulam Haider, Jamal A. Khan and Feroz A. Khan, all of whom were Pakistan Air Force (PAF) officers. The report emphasises, ‘ The UAE has the most advanced military in the Arab world while Qatar and Saudi Arabia are aggressively catching up in terms of the capacity of their forces and their domestic defense industries-both areas where Pakistan plays a critical role. Pakistanis have been known to provide training to Middle-East armed forces including the UAE and Saudi Arabia and thousands of their defense personnel have served and are presently serving in their uniforms. Defense ties between Pakistan and the UAE have traditionally been very strong. The Pakistan Army is known to provide training to UAE commando as well as all armed and artillery corps officers. Experts talking to the Eurasian Times, who did not wish to be identified, stated that even though UAE is one of the staunchest allies of India, the influence of Pakistani defense personnel in Gulf nations remains extremely high. If the UAE gets F-35s, it could be Pakistani pilots who could be flying these stealth jets, and a lot of sensitive information can get passed to Pakistan and eventually to China’. This is where Israel is getting dreadful and so eventually will be US.

Israel may be comfortable with a probability that since UAE feels threatened from Iran, hence, why not try the option of Israeli pilots flying UAE F-35? Nothing could be more worse for UAE then. If Israel newspapers are to be a mirror then Israeli Likud Party minister Tzachi Hanegbi has opposed even one screw of F-35 to UAE 7 and Haaretz has carried an analytical article liking MbZ with Machiavelli/Mussolini or both and that he is the owner of 1.3 trillion USD 8.  This is to trigger a public anger against him.  Uneasy by the going, UAE MbZ has cancelled the meeting with Benjamin Netanyahu in US 9.

US secretary to State Mike Pompeo has rushed to Middle-East where he first halted at Israel, to placate Netanyahu, and has declared that US would supply weapons to UAE without hurting Israel advantage 10 before he is slated to embark on UAE, Bahrain, Sudan and Oman.  The things are made to ‘fall-in-line’ for Donald Trump to win the November elections 2020 and who knows that F-35 might finally land-up in UAE after years in-between.  Perhaps, for UAE the saga which has begun on August 14, 2020 is turning out to be, a rough-weather drive.   India is watching every development with utmost care but its effort to induct Rafael jets seems to have been blunted by what the Forbes report suggests that China has declared that India’s Rafele jets ‘have no chance’ against Chinese stealth Jets 11 .

Let’s see how is the ‘going to be’ until US goes to polls by November.