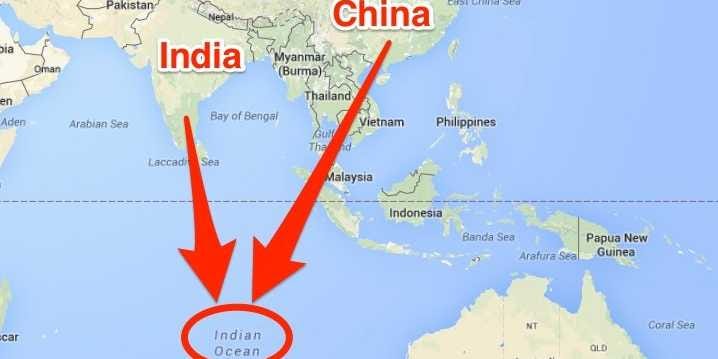 As explained, the 2+2 dialogue being held on the eve of the US presidential polls was not an issue per se as this is not the first time it’s happening

Regardless of who wins the American presidential elections and whether he remains in office, US Secretary of State Mike Pompeo adding the Maldives and Sri Lanka to his recent New Delhi visit for the expected 2+2 talks with India, making it a South Asia tour, may have sent a strong message for the future. Coupled with French activism lately in a region where the European nation has island territories and the more recent German decision on a frigate patrol from next year ‘to mark its position’, this raises the question of whether the Indian Ocean will remain India’s ocean in the future.

As explained, the 2+2 dialogue being held on the eve of the US presidential polls was not an issue per se as this is not the first time it’s happening. It also signals continuing bipartisan consensus in the US over India relations, including defence and security ties, post-poll. For the Maldives, it was the first visit by a US secretary of state since James Baker’s as far back as 1992. In September, the two nations signed a ‘Framework Agreement’ for military cooperation.

The political opposition identified with jailed former president Abdulla Yameen looked the other way over the Framework Agreement and even welcomed Pompeo’s visit, though after he had left.In this background, with no US President having visited Maldives before, it should not be a surprise if the one elected in the current polls makes it in his four-year term. There may be a greater political message in it if that happens, after incumbent Chinese President Xi Jinping became the first top-level Chinese leader to visit Maldives in 2014, when Yameen was President.

After talks with counterpart Abdulla Shahid and paying a courtesy call on President Ibrahim Solih, Secretary Pompeo announced that the US will open an embassy in Male soon. At present, India, Sri Lanka, China, Pakistan, Bangladesh and a few others have resident missions in Maldives. Others operate mostly out of Colombo, or at times New Delhi.

During his Sri Lanka visit, Pompeo met with President Gotabaya Rajapaksa and Foreign Minister Dinesh Gunawardena. From a third-nation podium shared by host Gunawardena, the US official named China a ‘predator’ in an economic sense. The local Chinese Embassy joined the war of words with Pompeo, again after he had left Colombo.

Too many elephants: The number of non-regional players in the tri-nation Indian Ocean waters and beyond has been increasing almost by the day. Apart from the Quad, which also includes Australia and Japan in addition to the US, India has been exercising regularly with France. The last one was conducted at French Reunion Island in the expanded Indian Ocean waters. India has said that it was talking to the UK and Russia for conducting similar exercises.

Former Sri Lankan Prime Minister Ranil Wickremesinghe often used to say that the US ‘is the elephant in the room as far as the Indian Ocean is concerned—you cannot strategise for the region keeping it out of the ocean calculus’.Lately, the same is being said of China. It has not become as big a player as the US, which has the Diego Garcia military base across Sri Lanka’s Hambantota port that is in China’s possession for the next 100 years. Neither Diego Garcia nor Hambantota is far from the Indian shores. Even India’s China concerns flow from the experience of the US dispatching the ‘Seventh Fleet’ at the height of the ‘Bangladesh War’ in 1971—but the Indian Armed Forces finished off the war earlier than the Americans had thought they would.

Over the past years, the Ministry of External Affairs has created a separate Division for the ‘Indian Ocean Region’ (IOR) combining Maldives, Sri Lanka, Mauritius and Seychelles. Late last year,
the Division was expanded to include Comoros, Madagascar and Reunion, making it comprehensive—and reflecting the evolving Indian view of the IOR in the post-Cold War era. Today’s IOR
Division is an arc, from the Andaman & Nicobar Islands to Madagascar and French Reunion, for New

Delhi to strategise.
Traditional sphere: Every big war in the world after the Second World War has moved closer to India, but mainly to the land borders in the North, whether looked at for the West or the East. In the North, India already has had the China problem. Post-Cold War, India’s security concerns now cover the southern waters too. Unlike with the land border, it cannot limit the names and number of adversaries.

Likewise, there are also no limits to the number of active and possibly participating friends that it can add, as with the Quad, in the Indian Ocean. But then, all of it has the potential to effect far-reaching geopolitical and geostrategic changes in the IOR, which could formalise the emerging global belief that South Asia as a whole has ceased to be the ‘traditional sphere of Indian influence’, a title we may have to share with others.