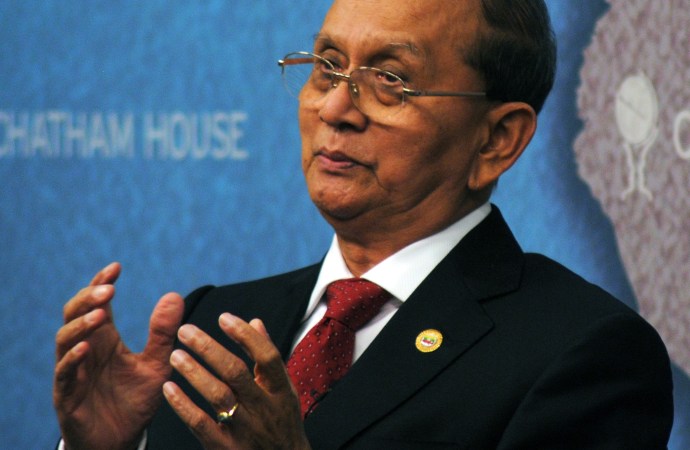 At a time when regional heavyweights China and India are pushing forward with connectivity in South Asia, developments along the Myanmar border as well as inside the country run counter to the region’s common interest, including Myanmar itself.

In response to a deadly ambush carried out by the Naga rebel group, the Indian army engaged in a rare cross-border raid into Myanmar last month. Although Myanmar had denied any such intrusion had taken place, the Indian army claimed that they had maintained contact with Myanmar’s officials on the matter.

Meanwhile, adding further to the region’s rising tensions was a provocative move that saw Myanmar’s Border Guard Police (BGP) capture a Bangladeshi border guard near the country’s western front. These latest incidents come amid the ever-deteriorating Rohingya crisis, which begs the question: Is Myanmar the agent provocateur in South Asia?

The indescribable plight of the Rohingya Muslims in Myanmar’s Rakhine state has become a regular feature in the international media. Meanwhile, Naypyidaw’s lackluster response to heed neighboring countries’ security continues to exacerbate the litany of complaints against it. A myriad of ethnic rebel groups operating inside Myanmar is of grave concern to neighboring Bangladesh, China, and India. In one sense, the Indian attack against the ethnic Naga rebels deep into Myanmar’s territory was aimed at projecting Indian power in the region more than teaching Naypyidaw a lesson. Yet the message from Delhi should be read clear: India is not satisfied with Naypyidaw’s efforts to clamp down on the rebel activities along its border.

China, Myanmar’s traditional ally, shares in much the same feeling of dissatisfaction. Beijing did little to conceal its fury after one of Myanmar’s jets, fighting the Kokang rebels, dropped a bomb in Chinese territory. That incident in March killed five Chinese nationals. Beijing responded with a strongly worded statement, demanding Naypyidaw to take appropriate measures. Nevertheless, stray shells (have continued to) landed inside Chinese territory after that, as the fighting between Myanmar’s army and the rebels intensified, an ongoing headache for China’s leadership. An exasperated Beijing thus appeared to have applied its own remedy with increased pressure on the rebel group and vowing to stage military drills on the border. As a result, last week, the Myanmar National Democratic Alliance Army (MNDAA) announced a unilateral ceasefire, paying heed to, “the Chinese government’s strong calls for restoring peace in the China-Myanmar border region.”

Thanks to China, Myanmar finds peace – even though it may only be on a short-term basis in just one of its restive regions. Make no mistake, any permanent solution to put an end to Myanmar’s perennial ethnic conflicts has to come from the government. However, a quick survey of Naypyidaw’s behavior makes that possibility seem a distant hope. Take the (current) recent standoff with Bangladesh, which had the potential to escalate to a full-blown crisis. After having opened fire on a Bangladeshi patrol boat that was chasing smugglers on the shared river Naff, Myanmar’s troops wounded one Bangladeshi border guard and captured another. Despite Dhaka’s repeated call for a peaceful resolution, Naypyidaw held the soldier for eight days, before he was finally returned to Bangladesh. Worse still, photos of the handcuffed soldier were published on Facebook during his captivity, triggering a strong protest from Dhaka.

Unfortunately, Myanmar’s actions and the international community’s rules and conventions seem rarely to be in tune with one another. Myanmar, formerly known as Burma, has long been ostracized by the global community for its brutal military regime. The country was thrust into the global spotlight as Barack Obama’s first-term administration made overtures to Thein Sein’s government in a bid to rehabilitate Myanmar into the international community. Transitioning to democracy and improving its abysmal human rights record were among the tradeoffs offered in exchange for easing Western sanctions and normalized relations. Despite some initial progress, the Thein Sein administration has struggled to to sustain its momentum, creating further problems of which the Rohingya crisis is the worst.

Rohingya people who represent a small portion of Myanmar’s tiny Muslim population – 4% of the total – are one of the most persecuted groups in history. After a military decree in 1982 stripped them of citizenship, they have fallen victim to, what humanitarian groups have termed as, state-sponsored ethnic cleansing. Last month, the international community joined the chorus to condemn the Thein Sein government, as thousands of Rohingya people continued to flee their homeland on rickety boats deep into the ocean, without adequate food and water. Nevertheless, Naypyidaw barely stepped up its efforts to halt the exodus of refugees. Amid the growing outcry for humanitarian assistance, Malaysia and Indonesia finally agreed to host the refugees for the time being. A viable solution still remains elusive.

But this uncertainty seems to render an unexpected service to the Myanmar government’s agenda. The authorities have little incentive to heed the international outcry so long as the Rohingyas continue to leave the country, even if it is at the expense of its neighbors. Bangladesh has complained that Rohingya people are using fake passports to engage in illegal activities abroad, tarnishing its image overseas. In addition, Naypyidaw appears to have outsourced some of the fighting against rebel groups. Both Beijing and Delhi have had to take action against rebel groups operating from bases within Myanmar.

Despite possessing a large standing army, Myanmar has yet to put an end to one of the world’s longest running civil wars. It is high time the country’s leadership accepts the reality that military might alone is not a solution to these problems. Until then, Myanmar will continue to be a source of trouble for its neighbors – whether through its apparent attempt to outsource its domestic problems or its reckless behavior. Therefore, regional heavyweights China and India along with the rest of the international community should give careful thought to recalibrating their policies for dealing with South Asia’s perennial troublemaker.

[This article is published in collaboration with the writer. A version of this article appeared in Forbes Asia]