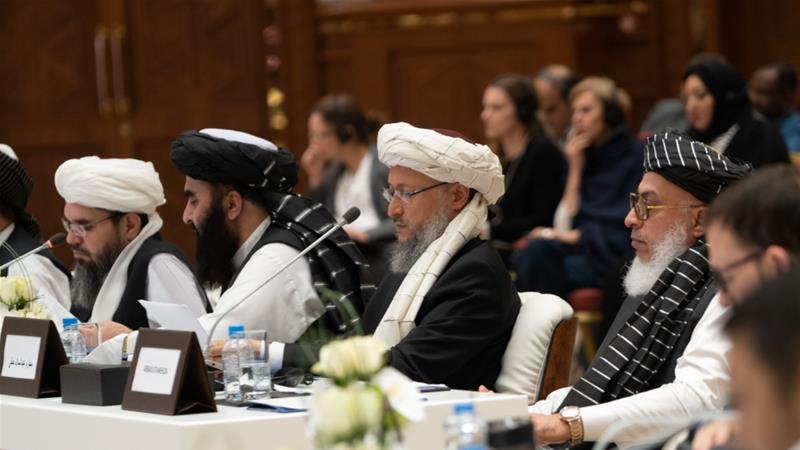 On February 2, 2020 the United States and the Taliban reached peace deal, which opened doors were for the intra-Afghan talks – currently being put on hold. As per the US-Taliban peace deal, the USA has to outset withdrawal of its troops within the next 14 months. This decision which is still pending, has sparked Afghans’ concerns over the premonition of imminent financial and economic crises. The public and the Afghan investors fear the aftermath of the intra-Afghan peace deal. At this juncture, the current scenario seems redolent to the withdrawal of Soviet troops in 1989, followed by the civil war, which devastated almost all the institutions of Afghanistan. Nevertheless, the ground realities indicate the Intra-Afghan peace to be a potential stimulant to help move Afghanistan’s economy forward, particularly the domestic revenues.

Unlike the civil turmoil intensified in the 1990s after the withdrawal of Soviet troops, this time being a USA strategic partner, Afghanistan will have support of the USA and its allies after the Intra-Afghan peace deal. On November 11, 2019 the European Commission (EU) allocated an additional euro 40 million as an emergency bailout to Afghanistan. The EU also assured to continue its further humanitarian aid to Afghanistan in future. Since, the focus of the international community now is more on Afghanistan’s long term sustainability. Therefore, the peace deal features as a stepping stone for the country to enter into a new era of a durable economic development. The continuation of international support for Afghanistan after the intra-Afghan peace deal, breaks cynicism over the obscure prospect of Afghanistan’s financial stability post-foreign troops withdrawal. the Afghan investors and entrepreneurs, who run their businesses outside the country, will tend to shift either in whole or part of their business to Afghanistan. As on December 15, 2018, Alukozay private company signed a contract with the Ministries of Finance and Economy and the Telecommunication and Information technology over the investment of USD300 million, so as to provide internet services across the country. Also, in 2011, the company undertook an investment of USD100 million in PepsiCo beverage bottling plant based in Kabul – that was later started in march, 2012. However, the company functions with its main headquarter in Dubai. Since, the chapter of peace process has opened, the company has started to initiate more investments in Afghanistan. With such investments, about 3000 jobs were created in 2012 and onwards, which was a green signal both for the growth of Afghanistan’s revenues and eradication of unemployment.

Not only that, after the fiscal crises of 2014, Afghanistan’s revenues have bounced back – having witnessed a sprint in increase. Since then there has been notable proliferation in the cash reserves until 2019. Afghanistan’s total revenues jumped from 8.5 percent in 2014 to 12 percent in 2018 and the gross domestic product (GDP) rose to 13.4 percent in the same year. The unprecedented revenue growth rate remained persistent in 2019 – continued to further rise with total government revenue up by 15.1 percent from the same period in 2018. Although, before 2014, Afghans feared the aftermath of foreign troops withdrawal that was supposed to start in 2014, and the security transition to the Afghan forces – officially started in 2011. Besides, the Ministry of Finance (MoF) concertedly with the Central Bank (Da Afghanistan Bank – DAB) collected cash reserves of Afs 81 billion by June 2018 – later on went up by Afs 74 billion at the end of 2018. Achieving such a milestone created a ray of hope for a long term sustainability of the country’s economy and its financial infrastructure, if only a lasting peace prevails. This growth made by MoF recorded cash cushion that critically opposes the situation in 2014, wherein, Afghanistan was almost at the brink of financial agony. Notwithstanding, among the other vital segments of revenue generation, custom duties and revenues from tax and other sources increased by 11.9 percent and 11.6 percent respectively in the first half of 2019. While non-tax revenues (i.e. transfers from public enterprises, fees, and tax service charges etc.) increased by 21.9 percent.

Further, a note of optimism is constructed also for foreign companies that will tend to initiate turn key projects and Foreign Direct Investments (FDIs) in the country, once the Intra-Afghan peace deal is signed. with an end to the 18 years-long war, Afghanistan will become a survival of a prolonged war, which will turn the country into a competition-free market for the multinational companies (MNCs) to invest in. As in 2019, India’s major diary producing company, Gujarat Cooperative Milk Marketing Federation (GCMMF) under the Brand name “Amul” sponsored Afghanistan national cricket team in 2019 one day International world cup that was hosted by England. The managing director of the company, R S Sodhi expressed in a media conference that, Amul would be the major sponsor of the blue team throughout the world cup. This franchise and a number of other investments mark the significance of peace in the country for its domestic revenues to flourish. Also the willingness of foreign firms undertaking investments in Afghanistan create a ground for optimistic future for its economy. because till date, in Afghanistan, there are a limited number of international firms, mostly donor agencies(e.g. UNDP, UNICEF, UNOPS, ARTF etc.) – making the country an open market for commercial enterprises and MNCs. therefore, the big MNCs like Amazon, Flipkart, McDonalds, KFC and the like, are yet to instigate investments in Afghanistan. Which is only possible after an enduring peace prevails. Because, the reluctance of those companies to invest in Afghanistan is mainly driven by the harsh security concerns.

Additionally, Afghanistan’s financial infrastructure has been affected by several macro factors such as decades-old war and disagreements with its neighboring Pakistan. Nascent in nature, Afghanistan’s retroactive economy therefore, direly needs steady, yet firm improvements to restore its financial position. For this to happen, a key policy framework needs to be outlined to maintain durable relationships with the neighboring states. Pakistan in particular. For those policies to implement, an agreement for a permanent ceasefire between the Afghan government and the Taliban is urgent and vital. an Intra-Afghan enduring truce will also resolve the political tensions between Afghanistan and Pakistan as part of struggles to help push the country’s revenues forward. since Pakistan is considered to be the top sponsor of the Taliban. Therefore, any deal with the Taliban will serve as a catalyst to eradicate concerns with Pakistan. Besides political disagreements, Pakistan is one of Afghanistan’s grand trade partners. As per the Trade economy 2018 indicators, Pakistan was one of the major export destinations of Afghan commodities with a share of 42% (379 million US$). While Afghanistan’s imports from Pakistan were 14.6% (1.08 billion US$). Therefore, for Afghanistan, peace with the Taliban is indispensable to chase off political issues with Pakistan as a propulsion for the revival of the bilateral trade between the two nations.

To conclude, the peace agreement between the Afghan government and the Taliban if lasts forever, after the withdrawal of foreign troops, will serve as an impetus for the domestic revenues of Afghanistan. Because the present situation in Afghanistan can be examined as reminiscent to that of Vietnam. Because in January 27, 1975, when the ceasefire agreement was signed to end the Vietnam 30-year long war, the country has entered an era of steady and persistent economic development through tourism industry. Despite numerous challenges, Vietnam has become a new global tourism hub, contributing about $100 billion to its GDP. The country attracted 10 million foreign visitors in 2016. Followed by nearly 13 million more in 2017, making the country a tough competitor for other adjacent nations i.e. Indonesia. Hence, by ascertaining the economic breakthrough of Vietnam, the peace deal in Afghanistan is also projected to be a potential push for Afghanistan’s domestic revenues to grow. the Afghan government can capitalize the efforts, made by the USA and the international community over the course of 18 years, for a long term sustainability of its economy. To do this, cross-border trade should be augmented both with the neighboring states and other developing and developed nations through robust relationship. Also, policy should be framed to create a room both for the Afghan firms, operating outside Afghanistan, and MNCs to undertake investments, which will be another push for the Afghanistan’s domestic revenues.