Intimidating China is One Thing, Overpowering It, An Absurd Dream! 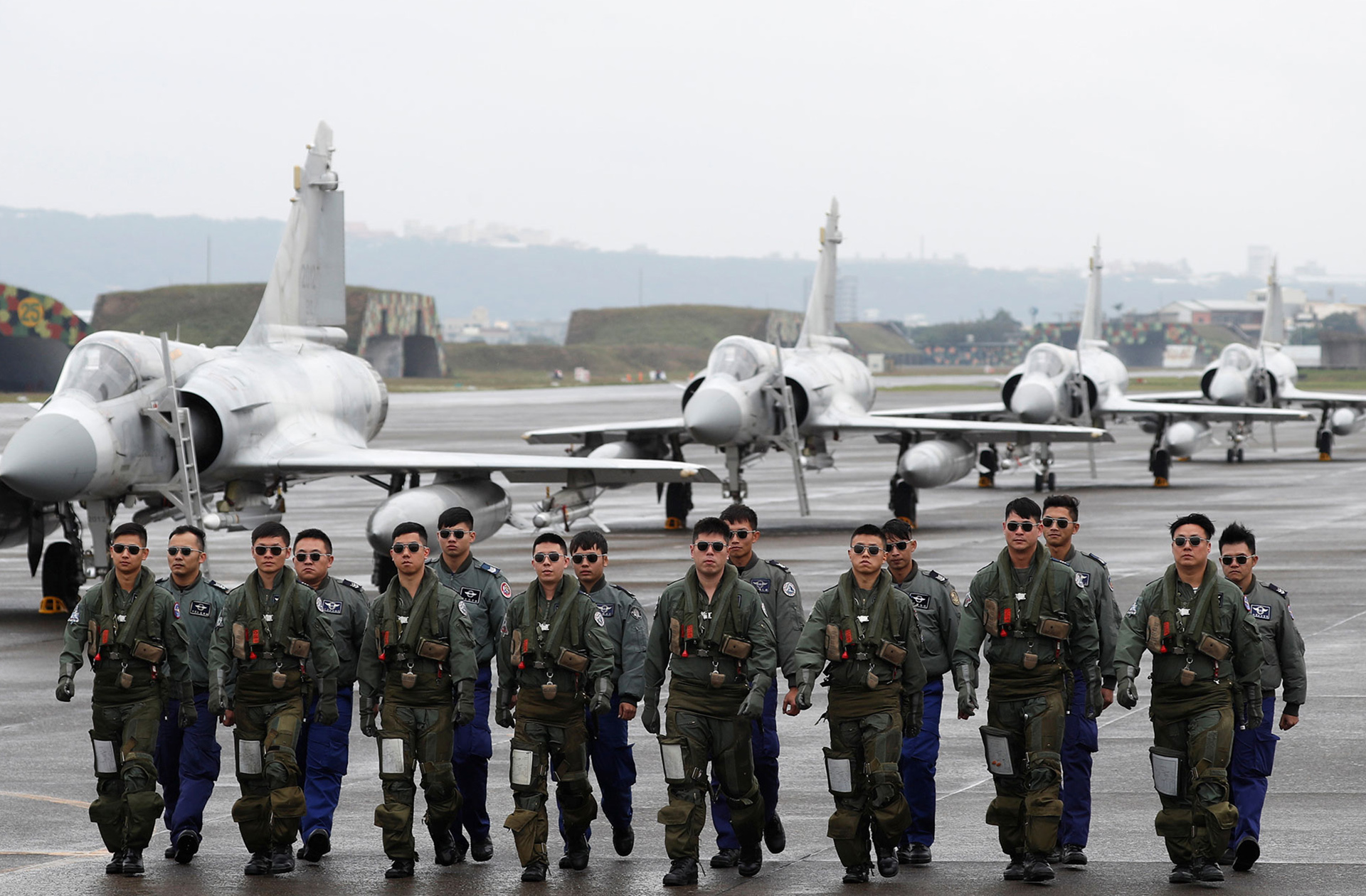 At the end of the Cold War in 1990, we all heaved a big sigh of relief, as the two superpowers didn’t destroy themselves and the world! What was seemingly “inevitable” – the Third World War – didn’t take place. Despite having some major military conflicts and proxy wars between the Western and Communist blocs – the Korean, Vietnam, Cambodian, and Afghan Wars – both Washington and Moscow restrained themselves from going all the way to a total, decisive war against each other.

In the above backdrop, is it too much to assume that the Sino-Indian Cold War will go the old way? Possibly “no” is the most appropriate answer! China will possibly get away with what it wants from India in Ladakh, and further south, India’s Arunachal Pradesh, if not any other territory eventually! Can we hope the escalating tension between the two nuclear-armed nations, their friends and surrogates will tread the path of détente, and eventually to durable peace? Unfortunately, we are getting mixed signals! Hence the questions, if the US and its surrogates want to punish China; or they just want to intimidate the superpower by verbal threats and naval exercises in its backwater! Actually, the US and their Indo-Pacific and North Atlantic allies have been very nervous about the “impending rise” of China as the most powerful nation on earth, militarily and economically. However, they can do very little or nothing about it!

Early this month, two US aircraft carriers, the USS Nimitz – the largest in the world – and the USS Ronald Reagan, conducted joint operations to demonstrate “freedom of navigation” in the South China Sea, as if that has become an issue between China and any Indo-Pacific littoral nation, or countries well-beyond the vast region! Indian warships, including destroyers, frigates and submarines as well as aircraft from both the Andaman and Nicobar Command (ANC) and the Eastern Naval Command (ENC) headquartered at Visakhapatnam took part in the exercise. While the PASSEX (passing exercise) between the US and Indian navies were impressive, so was the Chinese mega naval air force live-fire drill in the South China Sea, in the wake of the PASSEX. In a way, the PASSEX was an attempt to intimidate China, a warning to hands-off Ladakh and Spratly Islands in the South China Sea! By the way, the exercise was first of its kind since 2012. Meanwhile, the US has been persistently challenging Chinese territorial claims in the South China Sea.

There couldn’t be another more sensible explanation to the purpose of the recent joint Indo-US naval exercise in the Indian Ocean, than what an analyst has put in the following manner: “While the US keeps pricking Beijing in the South China Sea …. With China being the common adversary, India and the US are conducting joint naval drills, thus sending a loud and clear message to Beijing – a possible military alliance between Washington and New Delhi against China”. Yet another analyst believes, “where territorial disputes have flared between China and its smaller neighbors, the United States has rejected China’s territorial claims as ‘unlawful’.”

I believe that the US, which until recently used to be the “only superpower” in the world, has – not-so-subtly – challenged China’s territorial claims across the Himalayas. And that, the escalating border dispute between China and India will push New Delhi to build closer strategic ties with Washington, and eventually with Australia and Japan. This, however, will be an end in itself! “So what!” could be the shortest and most appropriate appraisal of the whole thing, military exercises, and closer strategic ties between India and the US, and India and the latter’s surrogates in the Indo-Pacific region.

There’re reasons to believe that these exercises and military pacts, à la NATO, Warsaw Pact, CENTO, SEATO, and their likes during the Cold War years will be ONLY remembered as human endeavors to deescalate tensions between superpowers, not as military pacts to invade each other! Thus all these military exercises and alliances (existing and emerging ones) won’t play any decisive role in determining China’s future course of action across the Himalayas or in the South China Sea, let alone cow China into “behaving” in accordance with how the US, India, Japan, Australia and their allies define the expression vis-a-vis China’s territorial claims and designs in Asia.

We may learn important lessons from the history of the Cold War, especially with regard to the usefulness/uselessness of military alliances and exercises. They didn’t work at every front. Despite NATO, SEATO, and CENTO, Cuba, Vietnam, Cambodia, and Afghanistan, among others, defied US hegemony and fought against US/Western interests and won. Didn’t China annex parts of its disputed territory from India in 1962? All the pro-Western military pacts and all their military exercises failed to intimidate or retrain China from what it wanted to do. The West with all its nukes didn’t dare to invade a non-nuclear, poor, and famine-stricken China in 1962. What the US and its allies couldn’t do against China of 1962, why on earth anybody should even pay any heed to proposed US-led new military alliances and the latest Indo-US military exercise in the Indian Ocean as deterrents to Chinese designs? China today is the second most powerful nation, economically and militarily. While the US spends more than $600 billion on defense, China spends more than $200 billion on its armed forces. Not a paltry amount on the PPP basis!

While China continues pressuring India at the LAC across the Himalayas, claiming far more “Indian” territories than ever before, there’s no reason to believe China will stop at Ladakh! What the British bequeathed to India in 1947, didn’t belong to what’s India today, in its entirety. As tiny Nepal has historical claims over chunks of Indian territories in Bihar, West Bengal and elsewhere in northeastern India, so has China legitimate, historical claims of “Indian” territories too. So, irrespective of what the US and its surrogates say about China, and threaten the newly emerging superpower, calling it an “aggressor and expansionist” doesn’t matter at the end of the day. China will get away with what it wants to, out of India. It’s only a question of time!

One, however, believes that NO attempt to encircle, let alone intimidate and overpower China would work. China no longer solely depends on the Strait of Malacca for its imported oil to reach its Harbors in the South China Sea. It has Russia, a big oil producer, in good terms in the North. Gwadar port in the Arabian Sea in friendly Pakistan is linked to China via the Karakorum Highway. And, why on earth Japan and Australia, and most importantly the US, let alone Vietnam, would confront China militarily? None of these countries are even indirectly facing any Chinese aggressive design. And all of them have been trading with China. Trading partners don’t fight each other. Since ALL wars were/are TRADE WARS, including the Crusades, destabilizing China economically wouldn’t only adversely affect the country, but all its trading partners, including the US, India, Japan, and Australia.

Meanwhile, even if China decides to settle its border disputes with India, even with full military force, the countries which from time to time display their arsenal, would never use them! The US and its Indo-Pacific allies would challenge China militarily only at the cost of great economic loss by snapping all economic/ trading ties with China, which would be mutually destructive. And any such confrontation would lead to the free flow of nuclear-armed ICBMs from land and sea. And the “friends of India” would go for the Third World War for the sake of Ladakh or Arunachal Pradesh in India! I don’t think so.

Meanwhile, China is developing a powerful military base in Pakistan. China is also making headway – out of all the places to an Indian surrogate state – into Bangladesh. It has already got Nepal on its side! So, those who think the US and its allies in the East or West will be able to intimidate China can’t be taken seriously. Then again, possibly intimidating China is one thing, but overpowering it militarily or economically requires altogether a different ball game for Washington and its allies. Meanwhile, India doesn’t matter at all, either militarily or economically, to China vis-à-vis its not-so-hidden designs across the Himalayas!

The writer holds a Ph.D. in Modern South Asian History; is a Fellow of the Royal Asiatic Society; author of several books, including Global Jihad and America (SAGE, 2014); and retired Professor of Security Studies at the Asia-Pacific Center for Security Studies (APCSS), Honolulu, Hawaii.