INDIVIDUAL CONSCIENCE IS A BETTER SOLUTION FOR SOCIAL MEDIA MISUSE 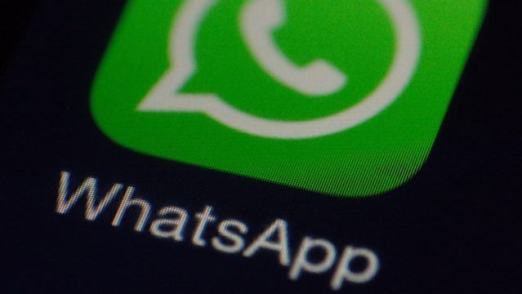 For the past few months due to lynching incidents, there has been a debate on the use and culpability of social apps for incitement of violence through the spread of sometimes fake and sensational material. The government has taken serious note of dissemination of exciting stuff due to which these kinds of incidents that have occurred, the main issue is identification and accountability after that bringing perpetrator of violence and those who have circulated these kinds of the message on social media.

The leading social media in question is WhatsApp, whose feature of ‘end to end encryption’ has become a problematic feature in tracing the origin and source of such data. The end to end encryption feature enables to preserve identity by converting the algorithm of data to deciphered only by the receiver and every time the data is transferred, and a unique algorithm is created.

The second issue is of the photograph, the EXIF data through which any expert of digital forensics can at least analyze the characteristics of photographs is altered once it is transferred through WhatsApp. The digital characteristics are altered due to compression of the image for making it fit for transferring on WhatsApp. As per the WhatsApp policy, it does not store any data hence once the data is lost from public domain it cannot be traced unless the investigative agencies identify the device through which such transaction has taken place which can be retrieved from the storage memory of that particular device. As far as legal prosecution is concerned the data is perception based on one individual, it may not incite any strong emotion, but for another, it can have a different impact. The prove men’s real intent, i.e., ‘the guilty mind’ of a person who has transferred that data will have legal consequences.

Whatsapp is being preferred social media recently because of its privacy, such media can be used for fiduciary communications line between patient and doctor, lawyer and client, businessman and tax consultant, etc., but it is also true that it has become a super disinformation medium for viral rumors and unverified news which can effectively be used to channelize public opinion. Taking cognizance of this Union Minister for Information Technology Ravi Shankar Prasad has told CEO of WhatsApp to comply with local laws and establish a corporate entity in a country which is having 200 million users of this media. The government has stressed on tagging/flagging inappropriate or illegal content and extending technology solutions to ensure traceability of messages which are being circulated at a mass scale in a particular area at a specific point of time. The minister has also requested CEO to establish an office in India and appoint a grievance officer for creating accountability and providing assistance in investigations.

The union government is also preparing to introduce new guidelines by September to heighten the accountability of internet and social media companies under Indian laws. The move will include the formulation of guidelines under Section 79 of Information Technology Act, the said act which notified in 2011, allowed time up to 36 hours for service provider companies, “to remove objectionable content and name a grievance officer on its website for a response. In addition to it in context of India WhatsApp has also recently come up with measures to limit forwards and identify such forward messages.

The question here is the level of compliance by the media owner vis a vis business interests and the cost factor involved in implementing the expected safeguards. The company still has not thoroughly analyzed the business impact for such compliance. The social media is such mass information disseminator unlike print and electronic media where numbers of contributors are very few, but the majority are of spectators. But in social media, there is the possibility of a majority of subscribers becoming contributors hence it is essential to raise the awareness level of the everyday user who must learn to distinguish sensation from reality, propaganda from truth, interest from impartiality, unverified from the acknowledged source of information. Excessive state snooping and censorship in the context is only going to hurt the right to privacy and freedom of expression where the only individual will be a loser.