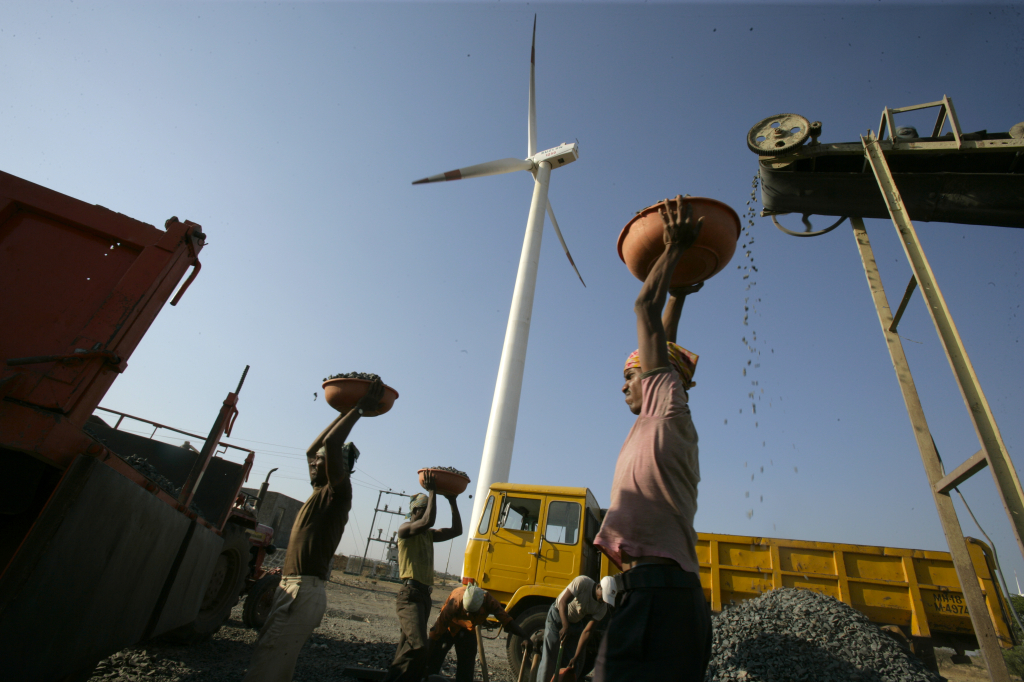 Indian policymakers have long used India’s poverty as an excuse to not take concrete action on climate change. Limiting carbon emissions is a costly proposition, they argue, and these costs will impede development and push the common man further into poverty. As a result, unlike the developed countries of the west, India cannot afford such adventurism.

However any economist worth his salt knows that climate change policy is not necessarily a costly proposition, and anyone familiar with India’s policy-making process knows that India’s inscrutable stand on climate change is mostly a product of political apathy and corporate greed. It is inscrutable because inaction on climate change is not a costless proposition for India. India’s fragile climate and sub-tropical ecosystems are not immune to effects of climate change—in fact, the financial damage from loss of agricultural produce due to changing weather patterns, economic losses from disruption of life and livelihood, and infrastructure damage from natural disasters are going to be extremely costly for India, especially for India’s poor (the demographic group whose cause the policymakers so ardently claim to champion).

So as we ring in the New Year 2015, in the lofty spirit of resolution-making, goal-setting and ideating, here are the top three revenue-neutral policy suggestions that India can implement to measure and mitigate emissions, and ultimately minimize the effects of climate change.

At the start of the cap and trade program, the government can issue allowances or pollution permits for free to all power plants based on verified emissions as reported by power plants. This will incentivize a carbon emissions audit and set baseline emissions. The emissions cap can then be gradually reduced over time to achieve an emissions target by reducing the number of allowances available for emissions. Perhaps this emissions target can be tied to energy production, allowing for higher energy generation and lower emissions per unit of kWh.

At the same time, in small increments, the government can start putting a price on allowances, making carbon emissions costly for polluters who fail to implement low-carbon strategies. This cap and pricing scheme will mean that old and relatively inefficient coal-fired power plants that release more CO2 per kWh will become more expensive to operate, and eventually be phased out.

Trading within the program will allow for market-based, cost-effective ways to achieve emission reductions. Efficient plants with new technology that emit less carbon emissions will have surplus allowances and can sell these in the market to book profits. The money generated by the government through auction or sale of allowances can be used to subsidize solar and wind farms, either through tax rebates or direct government investments in project finance and even R&D.

In 2007, the year for which latest reliable data on emissions in India exists, electricity generation accounted for 37.8% of all carbon emissions (MoEF data, 2007). Meeting energy needs while limiting emissions is thus a crucial piece of any climate change policy that India formulates. In theory, RPS is a regulatory directive that forces power utilities and distributors to purchase a portion of their power from renewable sources. The percentage can be adjusted based on the extent to which a government may want to impose sourcing restraints on utilities.

India already has a RPS directive in place. In 2008, India’s National Action Policy on Climate Change set a renewable portfolio standard, called the Renewable Purchase Obligation (RPO), with the stated goal of producing 15% of the country’s electricity with renewable energy sources by 2020. Unfortunately, the enforcement and compliance of this program is wanting. Most power utilities are Public Sector Undertakings (PSUs), meaning majority ownership stake and all operational responsibility lies with government bureaucrats who continue to be laggards when it comes to policy changes. Lack of punitive measures and long-term policy signal also inhibits the success of the program.

A successful RPS program will ensure that utilities are signing multi-year Power Purchase Agreements (PPAs) with power producers. From an investor standpoint, PPAs are crucial to an investment in a new power plant, since the risk profile of a power plant with a PPA is much lower than the risk profile of a plant without a PPA. Investors feel more comfortable spending millions on a power plant that is contracted to sell power since a PPA guarantees a revenue stream. RPS can thus attract the much coveted Foreign Direct Investment (FDI) that the Modi government so dearly cherishes and move the needle on clean energy generation. In early 2011, the Jawaharlal Nehru National Solar Mission was launched with the ambitious target of deploying 20,000 MW of grid connected solar power by 2022. RPS would be instrumental in achieving that target and securing Modi’s legacy as a leader who ushered India into a Solar energy revolution.

Imagine a magic box. This box can remove CO2 from the air, improve air quality, prevent soil erosion, maintain ground water table, and provide a habitat for birds and other wildlife. Installing and operating this box costs you nothing and it will continue to function in its best condition for your lifetime and maybe beyond.

Now what if this magic box already exists. It’s called a forest! Forests are the cheapest, easiest and surest way to sequester CO2 from the atmosphere. In 2007, forests in India sequestered almost 70 million tons of CO2 or half total emissions from the transport sector (which includes all vehicles on roads, railways and airlines).

A practical incentive to protect our trees and forests would be to allow the use of forestry-based offsets in the cap and trade program from afforestation, reforestation, avoided deforestation and improve forest management programs. Forestry offsets, if permitted under the cap and trade program outlined above, can create financial incentives for the protection of forests. Sale of offsets—where offsets are awarded for efforts that are found to sequester carbon from the atmosphere—to compliance entities such as power plants that need extra pollution permits to continue business operations can generate revenue for forestry conservation.

India’s extensive bureaucracy might actually be a good thing in case of forest conservation. India is one of the few countries in the world with a dedicated branch of federal service officers of the The Indian Forest Service (IFS) cadre who are trained in management and conservation of forests. These officers can ensure strict enforcement of a national forests protection program, including implementation of the use of offsets within the cap and trade program at no additional cost since most of the bureaucratic infrastructure is already in place. Conservation of forests is also important for tribal culture and protection of tribal lands from the scourge of urban sprawl. Incentivizing forest protection brings enormous climate change mitigation benefits along with added environmental and social co-benefits such as tribal welfare.

A Win for the Industry and the Conservationist

President Obama’s Republic Day visit to India is widely speculated to result in a climate change deal between India and the US—a deal that along with the US-China deal could serve as a precursor to a global climate change agreement in Paris in December 2015. The trifecta of policy suggestions outlined above will put India on a path to quantify, target and mitigate emissions. None of these would cost the common man an extra paisa, while achieving invaluable returns in terms of superior air quality and environmental protection. Here’s the kicker: the cost-effective, market-based nature of these policy mechanisms will be welcomed by industry and conservationists alike. It’s a win for India’s poor and for the environment.