India’s Demonetisation And Beyond: Addressing The Finance Of Terrorism 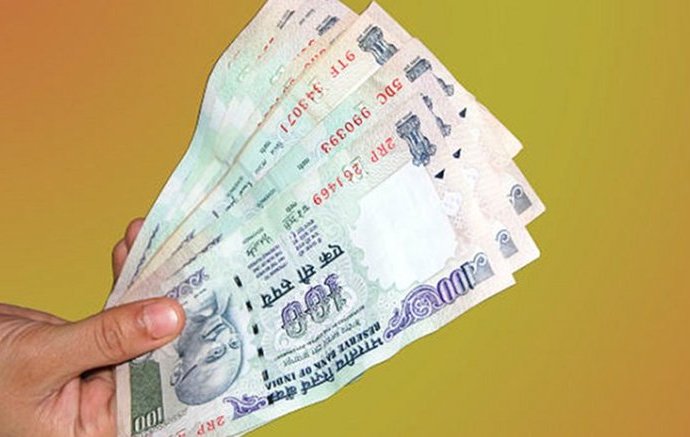 The impact of the demonetisation policy as related to curbing the finance of terrorism announced on November 08, 2016, is gradually emerging from the shadow of its surprise announcement. It is becoming abundantly clear that this is unlikely to remain a one off decision taken in isolation and will in all probability be accompanied by additional measures against the financing of terrorism and corruption. Even as the rollout takes place, it provides an opportunity to assess its potential fallout in the mid and long term, as also possible future options available to the government to further build upon the ongoing initiative.

Prior to attempting this analysis, it is important to outline the nature of threat faced by India as part of the ongoing fight against the finance of terrorism and its linkage with other internal challenges. It is also relevant to determine its implications, as this becomes the basis of future policy options.

The finance of terrorism in India follows a hybrid model, which includes terror funding from within and beyond the country’s borders. An assessment of past cases that have come to light suggests that terrorists have employed a variety of formal and informal channels to fund their activities. Amongst formal channels, money has been moved through the banking channels, as was witnessed prior to the 1993 Mumbai bomb blasts.1 It can also involve the use of money transfer service scheme (MTSS), as has been resorted to repeatedly by the Indian Mujahideen (IM) to finance their operations in India.2 Benefactors in Pakistan transferred money to innocuous middlemen not previously suspected of terrorist linkages in India. This money was later withdrawn and handed over to IM cadres to fund their activities. There have also been attempts to exploit the barter trade between India and Pakistan through over or undervaluing the invoice, thereby creating a surplus value, which was then diverted for funding terrorism.3

As part of the informal channel, large amounts of money are also received in the form of counterfeit currency or fake Indian currency notes (FICN) that are smuggled into India.4 This is done through a variety of routes, including movement of parcels by air, land and sea. The transfers have at times been routed through third countries in West, South or Southeast Asia in order to avoid close scrutiny of shipments. These have also been smuggled across the borders through existing criminal networks to facilitate their redistribution into the economy. However, the most commonly exploited method of transferring terror funds, remains movement by cash. Money is transferred in the form of cash across borders through couriers, and thereafter converted into Indian currency to support terror funding. Cash also forms the last mile instrument of choice, for financing both organisational activities and terrorist operations. This includes money spent for buying weapons, paying cadres, or organising terror strikes. This is especially the case with groups which collect their funds directly in the form of extortion, kidnapping or so called taxation etc. The resultant funds generated are stored as cash or gold.5 There have also been cases of money being invested in real estate deals or investments in businesses both inside and beyond Indian borders, to cater for long term needs.6

The last, and possibly the most commonly used method of transferring value remains hawala in the Indian context, especially by Pakistan and Pakistan based terror groups which have been fuelling, funding and coordinating terrorism in Jammu and Kashmir (J&K) as well as through the IM. This does not involve the physical movement of cash across borders, but through the employment of hawaladars or hawala agents to collect and disburse money across different countries and continents.

An assessment of these threats provides a clear picture of various options employed by terrorists and countries like Pakistan to fund terrorism in India. In order to draw a co-relation between demonetisation and its impact on each of the formal and informal channel of terror funding, it is important to examine the role played by 500 and 1000 rupee denominations at various stages of the finance of terrorism cycle. The same is indicated at Table 1 below.

Table 1: Impact of Demonetisation on Channels of Money Transfer

As the table suggests, the financial hit likely to be taken by a terrorist group is closely linked with its cash reserves, the ability to retain liquidity in a business where terror groups choose to invest and the ease of reconverting these assets into liquid money. Groups in Northeast India and the CPI (Maoist) operating in the Naxal affected areas of the country are likely to be hit the most, as a large proportion of their financial reserves are more likely to have been held as cash. Further, investments in property will become relatively difficult to liquidate in order to recreate funds for organisational support mechanisms.

In contrast, Pakistan and J&K based terror groups while impacted, will be able to recuperate faster, as they are financed by the Pakistani state, rich donors in West Asia, voluntary collections in Pakistan, FICN or drug money. None of these can be impacted in the long term and to the extent that terror organisations are unable to sustain themselves. However, the impact will certainly be felt in the immediate and midterm future, wherein, the cash available for sustaining activities like civil disobedience in Kashmir Valley, will be sucked out of the terror economy.

Suggested Policy Options to Sustain Impact on the Finance of Terrorism

Demonetisation is an important measure and possibly one which can potentially create the necessary conditions for combating the finance of terrorism. However, as the table above indicates, demonetisation is not a complete and all-encompassing end in itself. It is part of a process which must be taken forward through additional allied and subsidiary policies.

The objective of demonetisation is linked with removing unaccounted wealth (black money), criminal proceeds (which is different from black money), as well as FICN and Indian currency hoarded and distributed by terrorist groups. There are different estimates of the percentage of cash within the overall share of each of these three categories. However, irrespective of the percentage of cash, it is certain that removing a major portion of cash alone will not resolve any of these challenges. There is a need to take interlinked steps and it is only the sum of these individual initiatives that can impact the larger fight against the financing of terrorism. While there can be a large number of measures in this regard, this policy brief focusses on five that deserve special attention from the central government’s perspective.

Demonetisation is an important step in the fight against the finance of terrorism. However, it should neither be the first nor the last, if the interlinked threats of corruption, crime and the finance of terrorism have to be controlled. These must also not be addressed simply within departmental and ministerial silos. Instead, an all-ofgovernment approach is imperative if each of these challenges is to be met.

[The article was first published in IDSA]