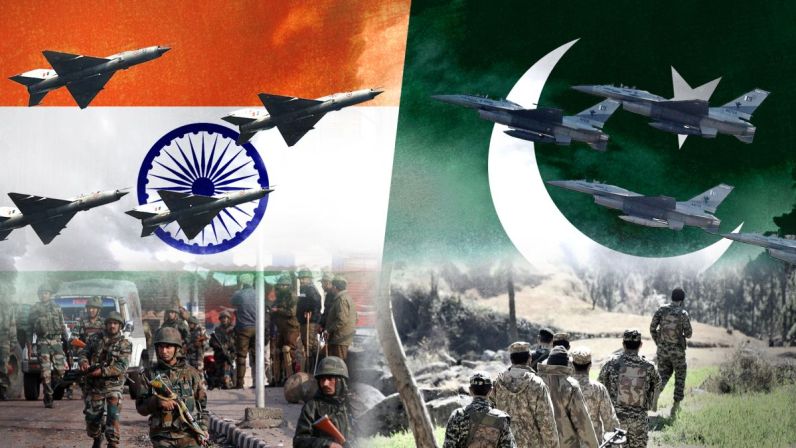 Under a nationalistic and aggressive regime in New Delhi, India is aggressively pursuing the development and acquisition of refined and high-end defense technologies that can alter the nuclear balance in the subcontinent region. The Indian efforts to modernize its military pose a credible threat to the strategic stability of South Asia. This drive also takes its motivation as India considers itself on the march to becoming a great power in the evolving global order. Having two rival nuclear states i.e. Pakistan and China on its border. New Delhi is facing a security tri-lemma that could undermine its geopolitical ambitions. From India’s entry into export control cartels, New Delhi is seeking to acquire encrypted defense technologies from its major defense partners. Great powers are favoring India to achieve modernized capabilities contrary to the norms of nuclear non-proliferation given the emerging geopolitical environment.

In the South Asian region, the development of nukes and the arms race between India and Pakistan together with the continuing issue of Kashmir has brought them to a nuclear flashpoint, which has augmented the possibility of stimulating a stability-instability paradox. The Indian military is constantly revolutionizing through doctrinal transformation and massively purchasing military hardware. India is supporting its quest with massive military development in terms of purchasing a new arsenal, revolutionizing the Indian military through technological development, and also binding itself within strategic and military agreements like Communications Compatibility and Security Agreement (COMCASA). India is ambitious to develop and enhance its warfare capabilities in the domain of hybrid, conventional/sub-conventional, and surgical strike capabilities. The aggressive strategic posturing by India has led Pakistan to reciprocate with the operationalization of full-spectrum deterrence while relying on its tactical nuclear weapons. India’s strategic outlook has taken a drastic transformation that has altered the power equation in South Asia, which has created security predicaments for Pakistan.

Since the partition of the subcontinent into India and Pakistan in 1947, the security environment of South Asia is in a state of flux where both states are still rivals and have disputes over several pressing issues. The porous border between India and Pakistan is one of the most volatile and dangerous borders across the globe. The historical rivalry together with unresolved issues of the partition has the potential to trigger an armed conflict or may lead to total war between India and Pakistan where one cannot rule out the possibility of a nuclear exchange.

Even though both India and Pakistan possess nuclear weapons, conventional deterrence is a prerequisite for strategic stability in South Asia. However, it is widely speculated that India’s defense modernization will trouble the delicate balance of conventional military power between India and Pakistan and will have worrisome implications for the strategic stability of South Asia. To keep up with the pace of modernization and to operationalize its military might be including the development of Network Centric Warfare and Electronic Warfare capabilities. India has recently increased its defense budget manifold. During the fiscal year 2016 – 2017, the defense budget of India have reached up to US$52.2 billion and it is anticipated that the number will increase further. India is the fastest-growing economy and its intention to become a regional hegemon as well as a global superpower is evident from its military modernization. Based on Indian strategic thinking, it is generally believed that the military modernization of India is specifically against Pakistan. India’s military modernization is a defining feature of the Indian quest for regional hegemony and India is able to maximize and enhance its military capability through economic development that the country has achieved so far.

Furthermore, India has also developed a strategic partnerships with different countries including Russia, America, Israel, and France. The prime purpose of Indian military modernization is to develop combat capabilities to achieve strategic benefits and to secure its territorial integrity. India is seeking to become powerful enough to alleviate any element of the surprise attack and to maintain credible deterrence against its adversaries. Military modernizations help India to enhance its defensive as well as offensive capabilities. It also grabs India to implement its hybrid warfare strategies and enlarge its political and strategic power regionally as well as globally. India is seeking strategic inconsistency as compare to its neighboring rivals most specifically for Pakistan both at a conventional and non-conventional level. Although India justifies its military modernization as a response to an imminent threat from China and Pakistan.

However, its offensive posture and deployments of troops suggest that the arms buildup is purely Pakistan-centric, which will significantly change the dimensions of the Indo-Pak security environment. India is heavily investing in purchasing, Airborne Early warning systems (AWACS), and Rafael jets from Israel and France respectively. Furthermore, India is also spending on its nuclear submarines, satellites, artillery guns, and intelligence equipment. Indian military modernization is accredited to several factors. The primary motivation behind India’s military modernization is its power tussle with China. Territorial disputes such as the Kashmir dispute and Dokhlam issue and a race for regional dominance has always triggered India to adopt a China-centric approach. With its rising economic and military might, China is a significant threat to Indian hegemonic designs.

On other hand, China’s support to Pakistan to strengthen its economic and defense machinery is another added factor instigating India to view China as their biggest rival. The indo-US strategic alliance that has emerged as containment of China policy by India and the US is another important factor to be looked into while discussing this matter. The alleged String of Pearl’s policy of China to counter its Malacca Strait dilemma is viewed as a major threat to Indian maritime dominance in the Indian Ocean region. The aggressive mindset of policymakers in India has intensified this power struggle between India and China which has a crippling impact on the strategic stability of South Asia. Here appears a triangular domino effect, where the strategic competition between India and China has compelled India to modernize its military and attain lethal weapons.