Indian Partition: A brief history of India and Pakistan on the 70th anniversary of independence 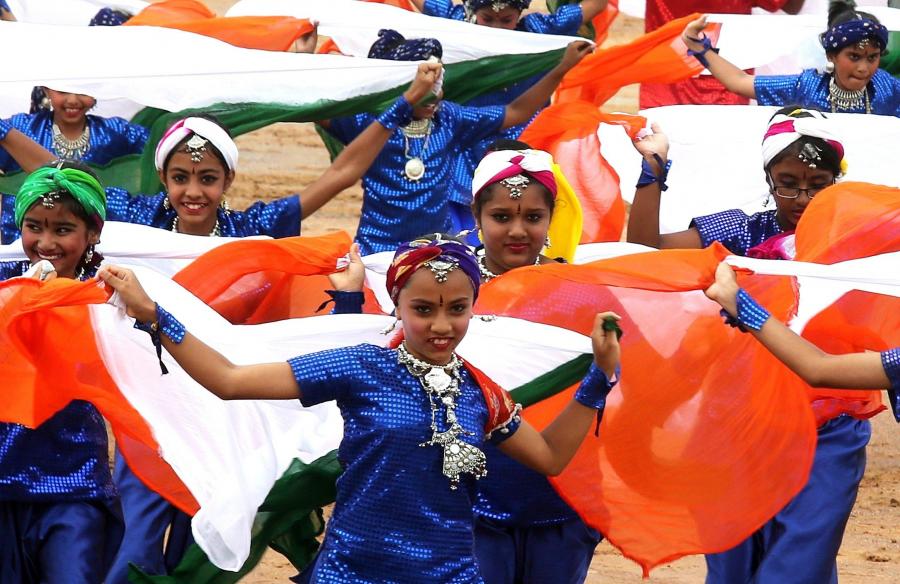 August 15 marks 70 years since the partition of India and the end of British colonial rule.

The sub-continent was once a key economic asset of the British Empire, ruled from London for almost 100 years.

But it paved the way for many other colonial countries by campaigning for independence and being granted it in 1947, when it was released from British parliamentary rule and partitioned into what would be known as the Islamic Republic of Pakistan and the Republic of India.

Here is a brief history of how it happened:

At the start of the 19th century, India was ruled by the East India Company – a British trading organisation which had gradually taken over territory as the former Mughal Empire diminished.

In a bid to push out its rival the French East India Company, EIC gradually built its own private army and ruled much of the country through military and administrative powers or indirectly through local rulers.

In 1857, a mutiny of Indian soldiers in Meerut sparked a year of rebellions and revolts that came to be known as the Indian Rebellion of 1857 – an ultimately unsuccessful uprising against EIC rule.

Although the rebellion was contained, it forced the British Parliament to intervene and take control of the country out of the hands of the company and under direct rule of the Crown.

Through the Government of India Act in 1858, the British Raj was established.

The British Raj ruled almost all of present-day India, Pakistan and Bangladesh.

It was governed through three platforms – imperial rule in London by a secretary of state, central government in Calcutta and provincial rulers in districts of the sub-continent.

In London, the cabinet formed a Council of India which had to be made up of people who had spent no less than ten years in the country. It would have to be consulted by the secretary of state on many decisions of governance.

Nevertheless, despite attempts at collaboration, many of the people ruling the country had no real experience or knowledge of it. Indeed the first acting secretary of state to visit the country was Edwin Montagu who travelled to India in 1917.

During the period of British rule, the UK invested huge capital expenditure in infrastructure such as railways and mines and developed a legal and educational system.

But it also drained India of much of its revenue to pay for the Empire’s army, destabilised cropping patterns through commercialised farming and did not reinvest revenue from capital investment into the country – leaving many poorer than before.

The Indian National Congress, set up in 1885, is seen by many historians as the beginning of a new movement that led to the end of the British Raj.

It came about following a rise in the middle classes in India who were becoming increasingly discontent with the way the country was being ruled. The Congress, launched with 70 members, debated British policy towards India and pushed for more rights for Indians.

Over time the group expanded to have more than 15 million members and by the early 20th century it was the centre of the Indian independence movement.

From the end of the First World War onwards, Mahatma Gandhi became a prominent pro-independence figure – leading millions in his quest for a peaceful solution.

During the Second World War – in which 2.5 million Indian troops fought alongside British ones – and in response to the Congress’ “Quit India” movement, Britain promised to grant India independence.

And following the end of the war, a bruised Britain no longer had the resources or mandate to continue ruling the country.

As the violence between Muslims and Hindus continued, viceroy Louis Mountbatten advised the country should be partitioned to create a predominantly-Muslim territory and a separate country for the majority of Hindus.

Seventy years ago today, the British-ruled India was divided into two new independent countries; India and Pakistan. There were two ceremonies, one in Pakistan on August 14 and one in India on August 15 to enable Mountbatten to attend both.

He said: “At the stroke of the midnight hour, when the world sleeps, India will awake to life and freedom. A moment comes, which comes but rarely in history, when we step out from the old to the new, when an age ends, and when the soul of a nation, long suppressed, finds utterance.”

Immediately, millions of people rushed to switch sides of the border – fearing they would be discriminated against because of their religion – and the two countries began fighting over the territory of Kashmir.

The contested land – which both countries claim in full – has been divided since and central to the testy and violent relationship between the two states.

Since independence, three wars have been fought between them. Both countries have performed nuclear tests and have accused each other of funding and arming militants.

In 2015 the Indian Prime Minister Narendra Modi visited eastern Pakistani city of Lahore to meet his counterpart Nawaz Sharif. It was seen as a significant turning point in relations between the two countries but was followed by an attack on an Indian airbase by Pakistani militants in 2016.

To mark the 70th anniversary of the partition, Prime Minister Modi urged India to reject religious violence and, in his speech from the ramparts of Delhi’s Red Fort, he made no mention of Pakistan and the continued conflict.

On Monday, a song uniting the national anthems of both countries went viral and was praised for promoting peace. The song, dubbed the “peace anthem”, features singers from India and Pakistan, recording in the studio and on location around both countries.

It opens with the words, “When we open our borders to art, peace comes along” and ends with “let’s stand together for peace”.