Congress leader Baba Abhay Awasthi said the decision to rename Allahabad would not make any impact. Prayag was alive even the city was known as Allahabad. The name change by the chief minister does not make any sense, he added. 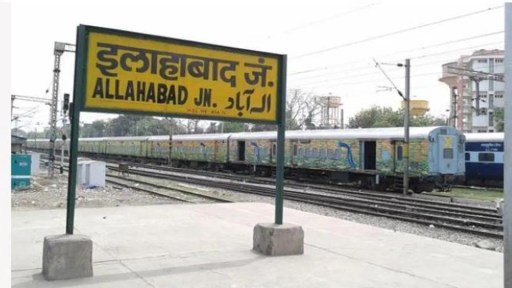 The announcement of changing the name of Allahabad to Prayagraj has charged the political and cultural atmosphere of ancient Sangam City.(Live)

Uttar Pradesh chief minister Yogi Adityanath’s announcement of changing the name of Allahabad to Prayagraj has drawn protests from the Congress and the Samajwadi Party while receiving mixed reaction from intellectuals, teachers, literary persons, lawyers and politicians in the Sangam city.

While the Congress has said that the change would diminish the importance that Allahabad had in the country’s freedom movement and does not make sense, Samajwadi Party chief Akhilesh Yadav Monday alleged that Adityanath government’s proposed move was another example of its trait for “renaming”.

Today’s rulers were trying to show that they are working by just changing the name of Allahabad, said Akhilesh Yadav in a tweet.

“… They have even re-named Ardh Kumbh to Kumbh. This is toying with tradition and belief,” he said.

State Minister and government spokesperson Shrikant Sharma however alleged that the belief of people were hurt when the city was named Allahabad.

“Some persons are objecting to renaming Allahabad as Prayagraj. The objections are baseless. It is the right of the government to rename any city. If needed, we will rename more cities and roads. The mistakes done earlier will be rectified,” he said, reported PTI.

While many in the city have welcomed the move, others are calling it a political gimmick just before the Lok Sabha elections.

Saints and seers have however hailed the announcement, maintaining that the name has not been changed but the ancient place has been given its original name. The Akhada Parishad had raised the issue of changing the city’s name last year at a meeting with Adiyanath and he had promised to fulfill their demand by the Kumbh Mela 2019.

There had been attempts to change Allahabad’s name to Prayag during the previous Bharatiya Janata Party governments headed by Rajanath Singh and Kalyan Singh in the state. However, the proposal did not materialize following disapproval by the supporting parties.

With the fresh declaration by the chief minister on Saturday, the proposal will now be presented before the cabinet for approval and will then be forwarded to the governor. However, governor Ram Naik had already given his nod to the proposal at the meeting of the Kumbh Margdarshak Mandal on Saturday.

Welcoming the move, Allahabad University’s medieval and modern history department head Prof Yogeshwar Tiwari said Mughal Emperor Akbar named the city ‘Ilahabas’ in 1574 which later came to be known as Ilahabad and then Allahabad. However, the city has been mentioned as Prayag in ‘ancient sacred texts such as ‘puranas’, ‘Valmiki Ramayan’, Mahabharat and manuscripts of Kalidas, he said, adding the change will help the new generation to understand the history of the city better.

However, Prof Harsh Kumar of the ancient history department said that the name Prayag was established as a ‘tirthraj’ or a place of pilgrimage but not as a city. The place was a center of ancient ‘Rishis’ and sages who used to perform ‘tapasya’ at the ashrams, he said, contending that the region was known for two cities Pratishthanpur (now Jhunsi) and Kaushambi.

“Allahabad came into existence during the period of Akbar. The emperor launched a new religion ‘Deen-e-Ilahi’ on which the city was named Ilahabad. Changing the name of the city does not makes any sense as the name “Allahabad’ represents a mixed culture of the city,” he added. Akbar’s religion had sought to combine the features of various Indian religions.

Akhil Bhartiya Akhada Parishad president Narendra Giri said the Ramcharit Manas mentions the name Prayagraj, which was later, changed to Allahabad. “However, changing the name of the place does not changes the history. The faith of crores of people is connected with Prayagraj. The people who are opposed to Prayagraj are unaware of the fact that the place was known as Prayagraj since ages,” he said.

Omkar Giri of Beni Madhav temple said Prayag is the king of all ‘tirths’. “Prayagraj and Sangam are synonyms. Changing the name of Allahabad to Prayagraj is a welcome move,” he added.

Congress leader Baba Abhay Awasthi said the decision would not make any impact. Prayag was alive even the city was known as Allahabad. The name change by the chief minister does not make any sense, he added.

Writer Mamta Kalia said Allahabad is in the heart of the people and cannot be erased. The government should focus on other problems instead of changing the name, she said.

Advocates Association of India also condemned the decision. Its secretary Rupendra Nath Singh said instead of renaming the while city, only the Triveni and Sangam area should have been named as Prayagraj. The name Allahabad is not connected to a particular religion and instead it was named after Akbar’s new religion Deen-e-Ilahi, he said.