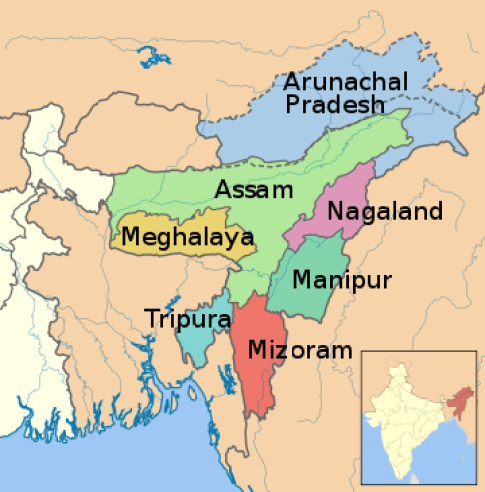 On July 10, 2017, a civilian, identified as Ranjan Das (42), was shot dead by United Tribal Liberation Army (UTLA) militants at his residence at Chhata Bekra village in Jiribam District situated near the Assam-Manipur interstate boundary. UTLA later alleged that the person as an AR ‘informer’.

On the same day, one Army trooper, identified as Moirangthem Herachandra Singh (37), was found dead at Nachou Kwak Siphai area in Bishnupur District. According to reports, unidentified militants had killed the trooper and dumped his body in a canal.

On June 30, 2017, an AR trooper was killed and another two were injured in an IED explosion at Lambui village in Ukhrul District.

According to South Asia Terrorism Portal (SATP), Manipur has recorded at least 35 insurgency-linked fatalities, including 16 civilians, six Security Force (SF) personnel, and 13 militants, in the current year so far (data till July 23, 2017). During the corresponding period of 2016, the State had registered 23 such fatalities, including nine civilians, eight SF personnel and six militants.

Moreover, the State has registered 14 attacks on SFs by militants, resulting in six fatalities and 14 injured among the SFs in the current year; as compared to eight such attacks and eight fatalities and 12 injured during the corresponding period of 2016. On the other hand, SFs have managed to eliminate only two militants out of the 13 militants killed so far in the current year, as compared to three out of six killed in the corresponding period of 2016. The remaining 11 militants in 2017 and three in 2016 were either killed in internecine clashes or were eliminated by their parent groups.

The total number of incidents of killing also increased from 16 in 2016 to 28 in 2017 (data till July 23, for both years). However, no major incident (involving three or more fatalities) has been reported in the current year, thus far, as compared to two during the corresponding period of 2016. Further, in 2017, fatalities were reported from nine out of a total of 16 districts in Manipur. These included Tegnoupal (six fatalities), Kamjong (four), Ukhrul (five), Kangpokpi (five), Noney (four), Churachandpur (three), all of which are Hill Districts; Imphal West (two fatalities), Bishnupur and Jiribam (one) each, among Valley Districts. The place of killing in the remaining four fatalities could not be ascertained. During the corresponding period of 2016, fatalities were reported from eight out of a total of nine districts in Manipur. These included Chandel (seven fatalities), Ukhrul (two), Senapati (two), Tamenglong (two), Churachandpur (one), all of which are Hill Districts; Imphal East (four), Thoubal (three) and Imphal West (two), among Valley Districts. On December 8, 2016, the number of districts in Manipur was increased from existing nine to 16 Districts.

Extortion remains an issue of concern. Significantly, on June 18, 2017, the Kangpokpi Women’s Welfare Organization held a ‘Toumun Kiphin’ (sit-in-protest) at the Kangpokpi District headquarters, holding placards which read “Stop Extortion, Live and Let Live”. The reason for the protest was that a banned outfit (name not disclosed) has served monetary demands to Forest and Power departments, some individuals, highway maintenance agencies and shop vendors. The monetary demand ranged from INR two million each to the Forest and Power department to INR 1,500 to 4,000 for shop vendors. An unnamed businessman told the media: “Militants are threatening us all the time. We can’t live in peace. We are hiding most of the time. We are suffering immensely at their hands. Living a normal life is difficult for us.” There were a total of three reported incidents of extortion. Further, the abduction of 22 persons (in 12 incidents) had also been reported in the current year, till July 23. However, actual incidence of both extortion and abduction is likely to be very much higher, as an overwhelming proportion of cases are settled without being reported.

The surge in insurgency-linked violence in the current year is in spite of the fact that a total of 23 insurgent groups under two conglomerates are currently under Suspension of Operation (SoO) agreements with the Government: eight under the United Progressive Front (UPF) and 15 under the Kuki National Organisation (KNO). The SoO agreement with KNO exists since August 2008 and was valid upto July 21, 2017 [no further updates available]; while the SoO agreement with UPF was valid up to June 8, 2017 [no further updates available]. Political dialogue with these groups commenced on June 15, 2016.

This raises question over the implementation part of the SoOs. News reports indicate that the newly elected Manipur Government raised the issue of SoO violations with Union Government on June 12, 2017. An unnamed source close to Manipur Chief Minister (CM) N. Biren Singh informed the media, “The Chief Minister will raise the issue of ground rules violations by the cadres of militant groups that have tripartite Suspension of Operation agreement with the State and the Centre.”

SFs had undeniably done remarkably well to restore relative order in Manipur in recent years, providing a more secure environment for the civilian population. The recent surge, though not alarming, is nevertheless worrying, more so in the present context. Manipur Chief Minister N. Biren Singh observed, on May 23, 2017, “The series of violent incidents in Moreh may be related with an intentional attempt to sabotage the Act East Policy.” Significantly, so far, at least five violent incidents have been reported from Moreh in Tegnoupal District in 2017, in which one civilian was killed and another three persons (all SF personnel) were injured. A ‘sanitized’ Asian Highway No. 01 (AH01), that will start from Moreh in Manipur and terminate at Maesot in Thailand, is intended to provide the necessary physical connectivity for fulfilling India’s ‘Act East’ (earlier, ‘Look East’) Policy, enhancing trade links with South East Asia.

As the Government continues efforts to further strengthen and improve its security apparatus, it is vital to ensure that the ground rules for the militants in talks with the state should be strictly enforced in toto. Robust law and order is the principle prerequisite for the development of the landlocked State, and will be the lynchpin on which the success of the Act East Policy hinges.

SATP, or the South Asia Terrorism Portal (SATP) publishes the South Asia Intelligence Review, and is a product of The Institute for Conflict Management, a non-Profit Society set up in 1997 in New Delhi, and which is committed to the continuous evaluation and resolution of problems of internal security in South Asia. The Institute was set up on the initiative of, and is presently headed by, its President, Mr. K.P.S. Gill, IPS (Retd).