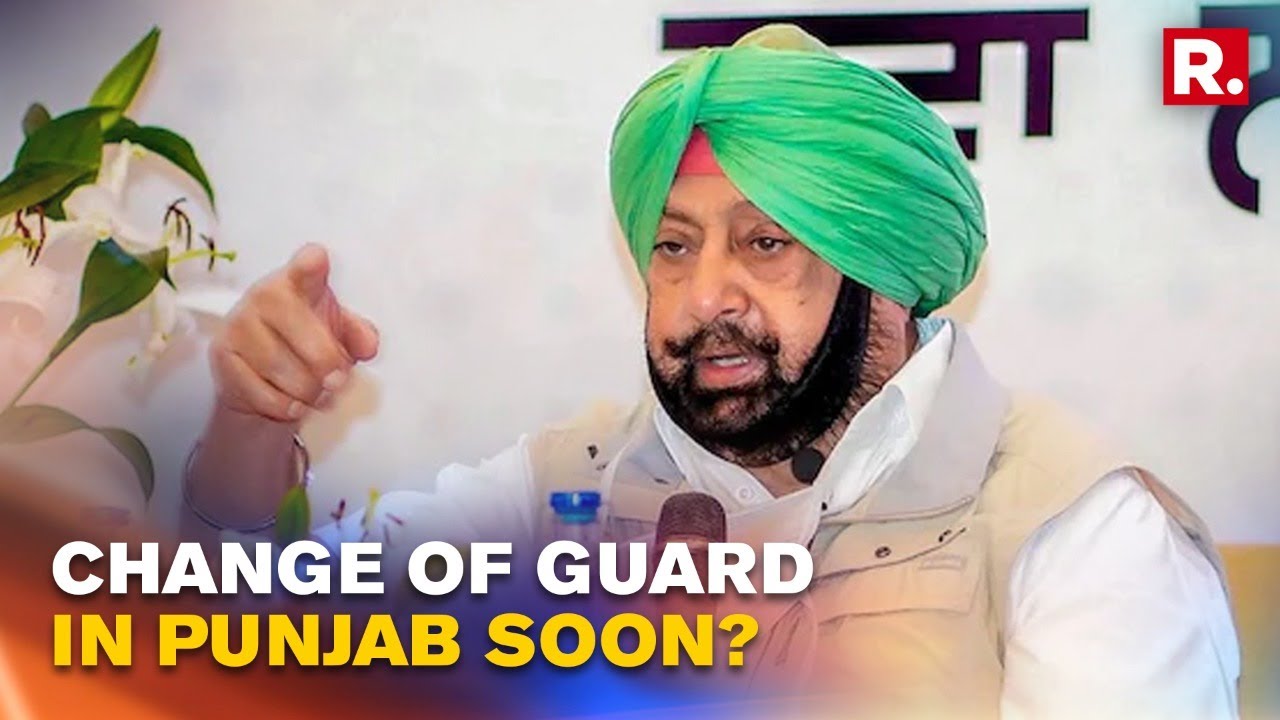 Just ahead of assembly elections, change of guard in Punjab, as well as Gujarat, doesn’t spell much of a surprise as several other chief ministers have been subject to the same move. One is nevertheless tempted to deliberate on the tendency of respective party heads trying their hands at this strategy just after the axed chief ministers have completed around 90% of their term. If they had doubts about their political abilities, it is paradoxical that they were chosen as chief ministers.

Nevertheless, if their initial selection was to test their credibility, a safer bet probably would have been to show them the door much earlier, prior to doing so almost at the last moment. The catch lies in this step being taken at the last moment. This amounts to literally stopping the key candidate just ahead of the finishing line and having him step aside for somebody else. Just imagine as to what can this spell for the breathless candidate with eyes set on the finishing line being pulled back to witness somebody else take his place. Oh, there is nothing wrong with Captain Amarinder Singh describing the “personal anguish” and how “humiliated” he felt on having to quit office.

However, what demands explanation is what prompted his main adversary Navjot Singh Sidhu to exercise his cards against Captain just ahead of the assembly elections? Of course, he probably has had his eyes set on his key target for quite some time and he could have taken the same steps a little earlier. But it chose not to, the big question is why didn’t he display similar colors two/three, or four years ago? If Sidhu has genuinely taken steps to push Captain out of power in the interest of Congress, he joined less than a decade ago, why did he wait?

Of course, there is another side to Sidhu’s moves. This is his extensive indulgence in a negative campaign against Captain. Even this has picked up pace in recent months. Was it imperative for Sidhu to pay so much importance to try and tarnish Captain’s image? It is difficult to imagine that Captain’s credibility changed suddenly. Whatever strength/weaknesses he may have, these have been a part of his politicking and personality for quite some time. So, why was this not considered, in the interest of the party, earlier?

Simply speaking, soon after the last elections, the timing was not considered appropriate. In fact, Captain was credited considerably for helping Congress win the previous Punjab Assembly elections. What is disturbing, playing upon the negative campaign against Captain has begun being exercised in the recent past by Sidhu to have his way in Punjab politics that is the former’s dismissal as the chief minister. The latter has had his way but hardly in a manner that seems appropriate in the party’s interest. Intra-party division promoted within the party ranks is least likely to be of any electoral help.

A negative campaign was apparently avoided earlier by Sidhu as that would not have helped his political interests. It may not have received even substantial media coverage. In addition, if Sidhu was not a known celebrity in the sports and entertainment fields, his communication strategies may not have earned much media coverage and also probably not given much importance by key Congress leaders. He has had his political say not because of his own political standing or negative campaign propagated against Captain but because of the media hype blown about the same.

Give a thought to the ease and suddenness with which the chief minister has been changed in Gujarat without leading to any visible disturbance within the party ranks. Of course, this move has also been exercised as an electoral strategy with assembly elections in roughly a year’s time. Given the limited popularity of former Chief Minister Vijay Rupani and his successor Bhupendra Patel outside Gujarat, the change of guard has not raised any political storm even in the media world. Prospects of any such change being considered for Uttar Pradesh Assembly polls are non-existent. Bharatiya Janata Party (BJP) is least likely to consider an alternative to Yogi Adityanath unless of course, he decides to gamble for his chances at the national level. And there is still time for that with the next Lok Sabha polls scheduled for around a year after the UP assembly elections.

Clearly, Yogi enjoys strong political influence and also succeeds in attracting media attention even though negative for his “communal” leanings. But he probably expects these to strengthen his popularity among right-winged Hindu voters.

Compared to Gujarat and UP, Punjab politics has taken a complicated twist. At one level, the caste card appears to have been played in Punjab as well as Gujarat, but with a difference. As indicated earlier, Gujarat politics has not displayed any sign of intra-party bickering. That the key Congress leaders have not been able to check intra-party chaos in Punjab doesn’t spell well their leadership qualities. Now, only time will reveal as to who has been the key gainer and/or loser in letting party infighting go out of hand in Punjab!