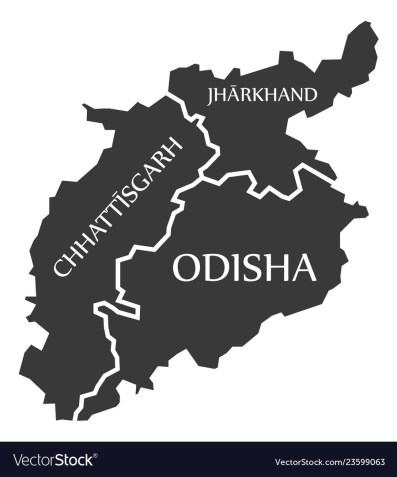 Jharkhand is considered one of the richest states in contemporary India because of its rich mineral resources and historical legacies of the commercial and cultural wealth of the past. Despite having an industrialized state, it continues to face the challenges of socio-economic deprivation; such as poverty, illiteracy, poor health services, and discursive politics. Jharkhand has been separated 20 years ago from Bihar on the pretext of regional development that had been never fulfilled by any preceding governments. Each party came into power promising to deliver regional aspirations and seduced by rhetoric policy populism.  After 20 years Jharkhandi still struggling for retaining its identity and question of survival. The kept promises have been betrayed by all ruling regime since its formation.

Jharkhand has a population of 3.3 Crores, consisting of 26.21 % tribals, 12.08%  SCs, and 61.71% others. Around 10% of the population is Bengali speaking and 70% speak various dialects of Hindi. Hinduism is the majority religion with 67.8% followed by Islam by 14.5%  and 12.8% Animistic Sarna religion of the population. Whereas Christianity 4.3% and less than  1 %  Jainism, Buddhism, and Sikhism (Census 2011). the history of Jharkhand has full of collective heritage, our history, freedom movement against imperial forces, struggle for the preservation of culture, regional identity, language, lifestyle, socio-economic status. To understand one has to visit the geopolitics of the region. Jharkhand as a separate state came into being on 15th November 2000, the day of birth Anniversary of revolutionary leader Birsa Munda as 28th sate of Indian Union by state reorganisation act. The state is famous for its rich mineral resources, and the growth rate of Jharkhand is considered better as compared to other states only Gujrat, Mizoram and Tripura have better performance over 9 percent of it in the financial year 2011-12. Later on the 2015-16 year 12.1 percent growth recorded above on national average 7.6 growths per year (Business Standard, 21 Jan 2017). In the financial year, 2017-18 state GSDP has been recorded as 2.82 lakh crores at current prices (Jharkhand state budget 2017-18).

Despite having so much rich mineral resources and concentration of some big industries like; Bokaro Steel Plant, Tata Steel Plant, Tata Motors, Telcon, Jindal Steel Plant, Electrosteel Plant, HEC, DVC, CCL, BCCL, ECL, HSCL, MECON, etc. and cities such as Jamshedpur, Ranchi, Bokaro Steel City and Dhanbad filled by mostly non-Jharkhandi who dominates socio-economic space of the state. The bloomy picture of urban centers filled with upper-middle class pinches Jharkhandis’ and they felt deceived by their political masters. The fruit of development never reached their plate and the people of this land forced to migrate in search of better livelihood.  The important factor of the less developed state of affairs to the state is due to the non-development political orientation and ill-informed citizen of this state. The old traditional social structure has been not replaced by citizen-centric political development that is why the least interest shown by the state machinery and governance in local development. The politicians use to take control of the provisions of government inputs rhetorically to determine their interests safe. While doing so, it mobilizes people calling them to protect their land from outsiders. The CNT Act 1908 and SPT Act 1949 remain freezing ground of local development. The coalition and opposition have come into a confrontational position citing each other enemy of the people and obstruction in the development of Jharkhand. There is a huge deficit of trust between people and state approaches that goes against the development initiatives. The deepening mistrust among different stakeholders narrowing the chances of local economic growth and that ultimately put stress on people of this land that have already facing structural marginalization due to political crisis in the state.

Jharkhandi is no doubt living in extreme depravity, their anxieties, frustration is emanating from their collective failures. The overall scenario of the plight of Jharkhandi people in the state is the by-product of the historical development of socio-economic deprivations. There is a slight difference from place to place in terms of degree but the nature of marginalisation remains the same. Post-separation scenarios have larger implications on community social life. The community issues have become unidirectional surpassing all regional identities, although there are many more complexities in terms of their heterogeneity. There are many more differences in social life ranging from class, caste, culture, and regionalism. Ironically, Jharkhandi’s life remains the same as before in undivided Bihar.

What needs to be done?

Jharkhandi people are deceived by their own representatives, they act as merely state agents. In 20 years of governance regional aspirations bluntly bypassed because of adhoc government. There is huge expectation attached to the present government because of its championing of Jharkhandi identity. A strong government identified with good governance take responsibility with accountability. In this sense with swift response to delivering citizens services and a transparent administrative system State must take responsibility for community development and must engage with civil society, intellectuals, activists, and academicians, and professional social workers for safeguarding inclusive development. On the matter of progress, lack of education is the most devastating cause of backwardness this is because state institutions are either ill-structured or controlled by outsiders, there is a need to indigenise institutions by filling vacant post to locals who can serve with humility and conviction. To rectify past mistakes, Hemant Soren governments have to proactively engage and create a strong redressal mechanism in the matter of Jharkhandi concerns.

MD Tabrez Alam, Doctoral Scholar @ Indian Institute of Dalit Studies, New Delhi. As a researcher, the quest for knowledge begins from the fieldwork. Currently, he is working on Urban inequality and housing segregation in the newly developed township in India.  For more info.  ktabrezshams@gmail.com Follow @ktabrezshams