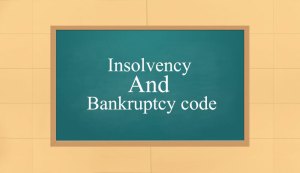 As per IBC, the corporate insolvency proceeding has to be resolved within 180 to 270 days. The deadline for the above 12 large defaulter companies is now apparently over. Unfortunately, there seemed to be no concluded and finalized resolution plan for these 12 defaulter accounts so far.

More defaulter accounts have been identified now, and their cases are being taken up.

In at least five of the insolvency cases, the National Company Law Tribunal – where insolvency matters are heard – has approved the extension of the timeline.

As the stipulated timeline is not being observed strictly, euphoria initially generated by the IBC is now facing the threat of being blown away.

Can IBC be a game changer?

When IBC was promulgated, it, received public support and was expected to do a lot of good to improve the methodologies of debt financing and recovery by the banks. IBC forced the sick companies who default in debt to go to the National Company Law Tribunal, IBC ensured that the promoters of the debt-ridden firms could not get away without returning the loan. In case of unresolved debt issue, the owners lose the ownership rights of their enterprises.

Day after day. Advertisements are seen in the press from sick and stressed companies seeking services of resolution professional.

Indeed, IBC can be a game changer in India.

It was expected that IBC would pave the way for resolving bad loan issues to help banks to recover their money and for handing over the sick companies to the better and more eligible owners. It was thought that IBC would clean up the slate.

However, smooth proceedings of National Company Law Tribunal are being thwarted by the promoters of loan defaulting companies, who resist their companies being taken over by others or going into insolvency proceedings, They adopt several tactics to delay the resolution process and seem to be successful to some extent, as seen till now.

Delaying the process – a Case study of Bhushan Steel

National Company Law Tribunal accorded approval to Tata Steel’s resolution plan for taking over Bhushan Steel. It dismissed a plea filed by the employees of the troubled company opposing Tata Steel’s bid and imposed a fine of Rs 1 lakh on them. The tribunal also dismissed Larsen and Toubro’s plea which had sought a higher priority in the recovery of loan and imposed a fine of Rs 1 lakh on it too. A request by Bhushan Energy to continue its power purchase agreement with Bhushan Steel was also rejected.

However, a day after the National Company Law Tribunal approved the TataSteel’s resolution plan for taking over Bhushan Steel, an aggrieved promoter of the debt-laden firm moved the appellate tribunal challenging the NCLT order.

Delaying the process – a Case study of Electrosteel Steels Ltd

The Kolkata bench of the National Company Law Appellate Tribunal (NCLAT) had approved the resolution plan of the Anil Agarwal led the company for debt-ridden company Electrosteel Steels Ltd, endorsing the view of the committee of creditors (CoC). The creditors had approved the bid of Vedanta on March 29,2018.

However, National Company Law Appellate Tribunal (NCLAT) has admitted a petition by Renaissance Steel’s challenging the eligibility of Vedanta in the Electrosteel Steels (ESL) insolvency process. The case is being heard, and the uncertainty is continuing.

The urgent need to quicken the process

Just like in the case of Bhushan Steel and Electrosteel Steels Ltd, there are so many other cases such as Essar Steel, which has been subjected to prolonged delay in finalizing and freezing the resolution plans, due to the promoters creating problems by raising objections for the resolution plans. As a result, the well-intended objective of IBC is not being realized in quick time.

It is critical that Government of India should immediately look into the proceedings and progress of several cases now being handled by National Company Law Tribunal and streamline the procedures to quicken the process, to avoid counterproductive delays.

This is a matter of high priority, to ensure that the objective of the much needed IBC would be well realized.

Avoid liquidation to the extent possible.

In the case of some debt-ridden companies, the resolution professional has recommended liquidation of the unit, in case of the inability to finalize the resolution plan within the stipulated date.

Bankruptcy proceedings against Adhunik Metaliks, its subsidiary Orissa Manganese & Minerals and group companies Zion Steel and Adhunik Alloys & Power, were admitted by the Kolkata bench of NCLT in August 2017. The insolvency petition had been filed by State Bank of India (SBI). Over non-payment of a loan worth about Rs 940 crore by Orissa Manganese & Minerals (OMML) and Rs 812 crore by Adhunik Metaliks (AML).

Apart from the UK-based Liberty House, there was only one resolution applicant for Adhunik Metaliks. However, it was decided that Liberty House’s resolution plan may be ineligible under Section 29A of Insolvency and Bankruptcy Code (IBC), for whatever reasons.

Adhunik Metaliks, the flagship of the Adhunik Group, could be staring at liquidation soon, as no resolution plan for the insolvent company has been approved to date. For the company, the mandated 270-day deadline under the corporate insolvency resolution process (CIRP) l ended on April 29,2018.

Considering that the company had a debt of over Rs.8000 crore, further investments required and the long-term economic prospects for the project, the bidders submitted their bids. But these bids were lower than the Rs.1450 crore set as the minimum valuation by the Resolution Professional (RP). Therefore, all the proposals were rejected.

No one benefited by liquidation

In cases such as above, it is seen that there has been no want of bidders, but the resolution plan of the bidders have been rejected due to one reason or the other,

The desirable aim of the IBC should be to ensure that the units would be revived and the lenders would realize the debt to the extent possible.

Instead of reviving the units, liquidating the units, serve no purpose and does not benefit the lenders or the units. Why not accept the best bid and move on?