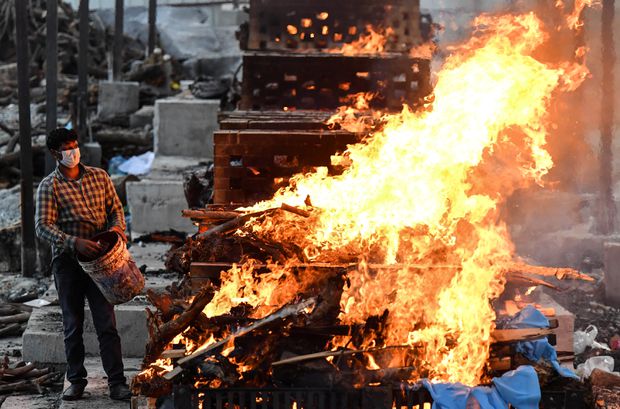 Article 21 of the Indian Constitution states that “No person shall be deprived of his life and personal liberty except according to procedure established by law.” The expression “life” has been given an overarching meaning by the courts in India. It is categorically established that life doesn’t merely connote an animal’s existence but also insinuates the right to live with human dignity.

In Ramji @ Mujeeb Bhai v state of UP, the court held that the expression used in Article 21 also includes a dead person. Moreover, in Common Cause v Union of India, the apex court opined that the right to death is an inseparable and inextricable facet of the right to life under Article 21. It even comprises a regal method of a dignified death. The court has also imposed on the State a mandate to protect and facilitate this human dignity as well. Additionally, international conventions such as UN Commission on Human Rights have also recognized the human right of a dignified death.

Keeping this in view, Covid-19 Guidelines (on dead body management) and National Disaster Management Guidelines have imposed a mandatory process of decent burial or cremation, which in effect eulogizes article 21 in its letter and spirit. However, amidst the first wave of pandemics in India, there had been instances wherein proper burial was not followed, and the dignity of dead people was compromised.

The second wave of covid-19 has recently hit the nation again and has gripped every corner of the nation. It has resulted in defining a bleak picture of humanity wherein people have been seen running from pillar to post to get a hospital bed for their kith and kin and even struggled to meet the demands of oxygen or essential drugs. Effectively, an aghast reality is that more than 2.5 lakhs people have died in India since the pandemic began, although the numbers are underestimated. In the midst of this, the antithetical pictures that describe striking truths of ill-treatment of dead bodies are seen again.

In-state of UP in India, a heart-wrenching video was found wherein a dog was found nibbling away the dead body. Recently, 71 dead bodies were found on the banks of river Ganga in the Buxar district of Bihar. The same incident occurred in the Ghazipur district of Uttar Pradesh and later on in Madhya Pradesh.  Moreover, many dead bodies were found buried in sand at two locations near the Ganga river at UP Unnao district.  These bodies were suspected to be of covid-19 patients and were thrown off by ambulance drivers. In Madhya Pradesh, recently, a body was seen falling off from the ambulance. Moreover,  the hospitals have even failed to provide any details about the dead bodies to their relatives. They have even dared to leave the bodies to them at a highly inappropriate time, leaving their relatives in a perplexing situation. Since crematoriums are running out of wood, the states have also resorted to other crematoriums used for animal rites.

This mournful mangling of bodies presents a lax attitude of the state regarding its compliance with its constitutional obligations. The crucial question that arises after such appalling incidents is whether this pandemonium can be attributed predominantly to the pandemic or has the state acted up in adhering to its basic mandate?

WHO IS RESPONSIBLE- PANDEMIC OR STATE?

Prima facie might be the impression that the obnoxious ill-treatment of dead bodies can be owed to the pandemic in India. However, a detailed study paints another picture. Scientists had forewarned the state of the lethal second wave, and even the Supreme Court of India in November 2020 has asked the states to prepare for the second wave, and it was anticipated to come in full swing.  However, the government paid no heed to these warnings and acted to bury its head in the sand.

Such insensitive and callous treatment of dead bodies was also the focal point in the first wave of the covid-19, wherein the courts had to take some serious steps against the maltreatment of bodies in India.  The Karnataka high court held that- “All the authorities have to come out with the proper guidelines to ensure that dead bodies are given dignified cremation or burial as per their culture and religious tradition.” The Madras High Court in suo-moto PIL and the Bombay High Court in Pradeep Gandhy v State of Maharashtra in 2020 reiterated that the right to die with dignity includes the right to decent burial or cremation as per one religious belief, and hospitals have the duty to provide the same. The Calcutta high court also highlighted the same.  Furthermore, the Supreme Court in 2020 took suo moto cognizance of this mishandling and illuminated that it is the state’s responsibility to look over the dignified treatment of dead bodies.

However, the above discussion perspicuously suggests a blatant ignorance of such holdings and guidelines by the state. Hence, the fact that it is the severity of pandemic which has caused beyond the pale treatment of the bodies cannot be rationally understood since the government was well aware of its repercussions and, despite the fact, have chosen to neglect it.

Since the beginning of the pandemic in India, an exponential increase of the violation of the right of the dead can be seen, and denying the same sacrosanct right by the states shows a gloomy picture of democracy. Many High Court and even Supreme Court took cognizance of this pertinent issue and issued various guidelines. Still, the stark reality is pitiful for a nation that owes its vibrant culture and is the world’s most populous democracy. The need for an enforceable and strictly observed protocol for dealing with dead bodies consistent with the dignity of the dead is an absolute obligation for the state. Let it not be said that a thriving democracy failed to live up to its most important obligation. Though much damage has already been done, it’s better late than never to follow the constitutional mandate.