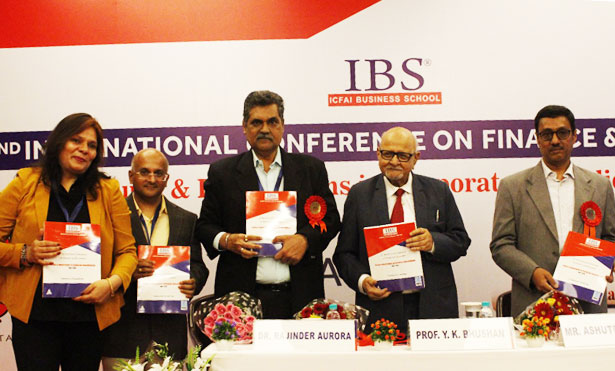 The Department of Promotion of Industry and Trade, Ministry of Commerce and Industry, on 17th April 2020, released a Press Note expanding the scope of investment restrictions by amending its Foreign Investment Policy, 2017 (FDI Policy). The prime intention of this amendment is to curb the opportunistic takeovers/acquisitions of Indian Companies due to the current covid-19 pandemic. Notably, vide this amendment, Para 3.1.1 of the FDI Policy has been revised, which now states that “any investment by an entity of a country, which shares a land border with India, or where the beneficial owner of an investment into India is situated in or is a citizen of any such country, can be made only upon seeking prior approval of the Government.”

Consequently, any investment being made from the Neighbouring Countries (Bangladesh, China, Pakistan, Nepal, Myanmar, Bhutan, and Afghanistan) or where the beneficial owner of investment into India is situated in or is a citizen of any of the Neighbouring Countries, shall require prior approval of the Government regardless of the sector/activities in which investment is being made. China has retaliated with the allegation that the revision of the FDI policy violates the norms formulated by the World Trade Organisation.

Has India violated the WTO norms?

Formerly, China was permitted to invest in India through the automatic route in most sectors with the exception of sixteen sensitive sectors including defence and national security, amongst others. Notably, on 11 April 2020, the People’s Bank of China (PBOC) increased its stake to 1.01% from 0.8%, through the FPI route in Housing Development Finance Corporation (HDFC), whose shares have fallen by 41% since the beginning of February. Several reports speculate this investment to be a trigger for the revision of the FDI Policy. Although the investment in HDFC was through the FPI route, FDI investment has been put under scrutiny from the government through this Press Note, as the FDI route ensures the change in control or management of a company. This investment of China at the time of such severe distress exhibits undue influence on the companies receiving the investments. Thus, the government decided to revise the FDI rule to ensure no neighbouring country, especially China, takes undue advantage amid the COVID-19 pandemic.

China has branded India’s revised foreign direct investment (FDI) norms, which intends to prevent the rapacious acquisition of domestic firms weakened by the Covid-19 lockdown, as “discriminatory.” Further, China has alleged that the new policy violates global trading norms under the World Trade Organisation (WTO) and G20 consensus, suggesting that they should be reversed. It is imperative to bring forward that China’s accusation about India’s revised Foreign Direct Investment (FDI) policy being discriminatory, is merely unreasonable blame as they have not been able to cope with the decision. The revised FDI Policy neither restricts market access nor alters national treatment thereby maintaining the two tenets of global trade. Rather the revision adds a mere protective layer to the permission-seeking procedure. Evidently, every nation has a right to devise a procedure for the management of investment funds. Furthermore, any step taken by the government to prevent potential investment exploitation cannot be termed as discriminatory.

Although Chinese investment has helped the Indian market growth and has also created numerous job prospects yet it cannot possess the liberty to gain undue advantage. The WHO has classified the COVID-19 crisis as a “public health emergency of international concern.” Hence India’s revised FDI policy, which clearly intends to protect an essential security interest, cannot be considered inconsistent with the relevant WTO Agreements. Notably, out of the four modes enumerated in the General Agreement on Trade in Services (GATS), ‘Mode 3’ deals with supply “by a service supplier of one Member, through commercial presence (defined under Article XXVIII(d) of GATS) in the territory of any other member.” Owing to such nature of the agreement, ‘Mode 3’ is often understood in correspondence to FDI in WTO law. Evidently, certain non-discriminatory principles have to be followed by all WTO members.  It would be hasty and inconsiderate to say that India’s revision in the FDI policy violates the most-favored-nation (MFN) clause (Article II) thereby violating the WTO non-discriminatory principle. MFN status here means that countries cannot discriminate between their trading partners under WTO law. At this juncture, it is pertinent to note that there are certain exemptions provided under Article II. Para 1.3.2 of Article II provides for exemptions in financial services. The exemption applies to measures affecting the supply of financial services as defined in para 2(c) of Article 1 of the GATS. Since FDI is financial conduct, the exemption in financial services (Annex on Financial Services) shall be applicable which eventually comes to the rescue of India. The domestic regulation clause of the exemption states that “no member shall be prevented from taking measures for prudential reasons to ensure the integrity and stability of the financial system”. The need to protect the essential security interest arises from the need to ensure the stability of the financial system. Furthermore, the agreement on Trade-Related Investment Measures (TRIMs) states that no member shall apply a measure that is prohibited by the provisions of GATT Article III i.e. national treatment. Notably, the amended FDI policy ensures national treatment to every nation including China as none of them are denied access to Indian markets unreasonably. Moreover, Article XIV bis itself lays down security exceptions, clause 1(b)(iii) of which states that “necessary steps taken in international relations for the protection of its essential security interests at the time of emergency shall not be violative of GATS.” Thus, the act of Indian government taking a firm stand to protect its industries from opportunistic takeovers or acquisitions appears outrightly justified.

The business community in India like many other countries is currently undergoing severe distress due to the Covid-19 pandemic. Currently, when the businesses are struggling to breathe, many investors might eye an undue advantage from the weak companies. One such example is the recent increment of the People’s Bank of China’s stake in HDFC. The strong preying upon the weak has proved to be an international phenomenon now. Pertinently, countries like Germany, Australia, and Spain have also thickened their foreign investment policies to preclude hostile takeovers by overseas investors yet the alterations in their FDI policies were not labeled as a violation of WTO norms. Consequently, India should not be subjected to such unreasonable allegations.

Having shown that non-violation of the GATS and TRIMs in the preceding section of this article, it is safe to say that the revision in the FDI policy of India in completely in consonance with the WTO Principle of Non-discrimination. Notably, India’s revision of the FDI Policy merely puts layered entrances for the investors to enter into the Indian market. The revised policy neither tampers the MFN clause nor does it deny national treatment to China. Consequently, the revision is not violative of any rules of the World Trade Organization (WTO).

Moreover, currently, there are not even any bilateral investment treaties between India and China. Therefore, China lacks the ability to challenge India’s amendment to its FDI policy under a bilateral investment treaties arbitration mechanism as well. But the position for the existing investments is still unclear as the applicability of the revised FDI policy on those investments has not been made certain. If, in any case, the Indian Government decides to do so, it will have to carve out a specific mechanism designed to deal with the existing investments.