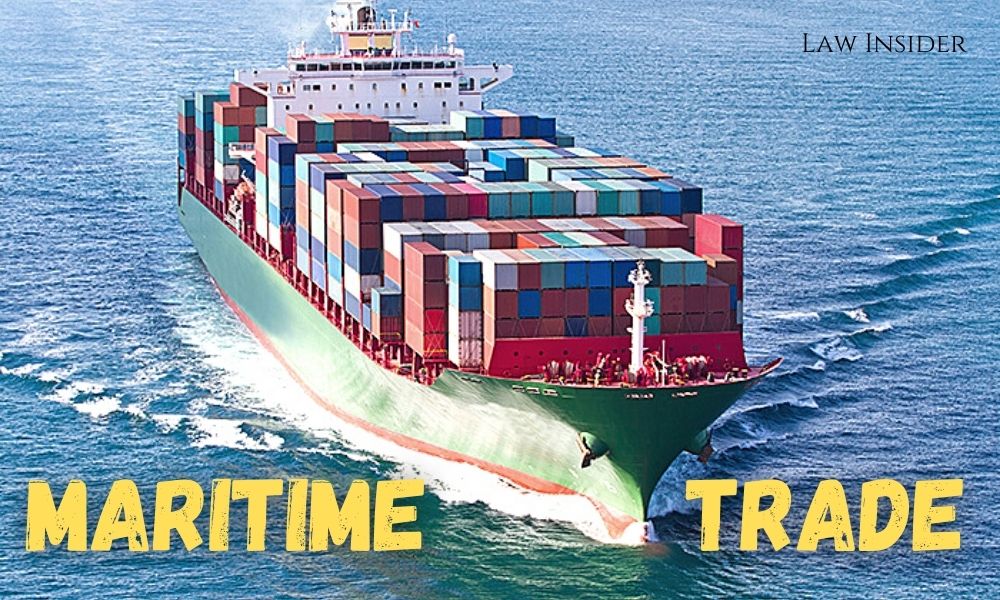 A ramification of hurdles in sea trade can be drawn by the loss of billions due to the barrier in the Suez Canal, this illustrates the importance of safer maritime trade. In recent times, maritime piracy has been on the rise and the most suspected area of piracy is the west coast of Africa, which is 2nd most populated continent in the world for maritime trade. India’s 10% crude oil import happens from this coast only.  And piracies and other related offenses saw a 26% spike due to pandemics.

India ratified the United Nations Convention On The Laws Of The Seas in 1995 but it doesn’t have a law for punishing piracies and related offenses. The bill, (The Anti- Maritime Piracy Bill, 2019) was introduced in Parliament after 18 Indian crew members onboard Hong- Kong Vessel was hijacked nearby Nigeria.

The threat of piracy has mushroomed enormously in India after 2008. In the 21st century, it is a blot on any country who’s more than half of trade is done by international water, doesn’t have any domestic law to curb maritime piracy.

The above-mentioned bill aims to secure safe and secure maritime trade including the safety of crew members and vessels. Indian Penal Code 1860, has a clause called armed robbery ( covered under 390) it is used until now to charge any pirates, admiralty law was used to punish pirates for obstruction of justice, this act will bring the focus of justice, efficiency in the administration of justice, and designated courts will be there to dispose of such cases.

In the absence of any domestic law on piracies, pirates are currently being tried under Indian Penal Code 1862, under the section covering armed robbery, section 390,[i] and admiralty jurisdiction, (covered under sections 3 and 4, under extraterritorial jurisdiction). [ii]The Anti-Maritime Piracy Bill of 2019 was introduced during the winter session of Parliament. It is the first domestic law that provides for severe penalties for the offense of piracy and other crimes related to it.

What happens in most cases is that pirates who are arrested are stateless person and if we look into the situation of India, India does not have domestic law on piracy. But in a new draft, new provisions have been added to try stateless persons[iii] as well. The extradition clause will ensure that no hardened pirates are left free.[iv]

In this act, provision has been inserted similar to that of United Nations Conventions on Laws of Seas to ensure cooperation and acceptability from all countries. Another thing that shows the importance of this act is that it allows any piratical act to be treated under this act.[v]

This act not just covers the Indian ships, in the high seas, but also the ships of any country, which is being saved by Indian ships. Even the facilitation of the act of piracy has been incorporated under this act.

In the last few years, thousands of crew have been held as hostages, assaulted, injured and a few of them have also been killed.  Previously these activities have been limited to the west coast like Africa and gulf of Eden and Somali coastal water, but in recent times have expanded towards the east coast and Indian ocean. All crew sailing through these areas are always at a risk of piracy. This affects shipping in terms of cost and other shipping factors.

Jurisdiction of Indian penal code applies only to extent of 24 nautical miles as held in Republic of Italy v. Union of India. However, most piracy-related crimes are committed on the high seas where even Indian Penal Code would provide no jurisdiction to Indian courts.

This act will bring the focus of justice, efficiency in the administration of justice and designated courts will be there to dispose of such cases.

Impact of Piracy on India

This law extends the jurisdiction of Indian courts for the trial of pirates beyond the Exclusive Economic Zone. [vi]

The first case of piracy in India was that of MV Alondra Rainbow case of 1999 wherein 15 accused were sentenced to 7-year imprisonment by session court of Mumbai and when the case went to High Court, was acquitted in the absence of any law to try them.

The need for anti-maritime piracy law is not a new thing and its impact on countries can be assessed by the fact that the majority of international trade is done through the sea. Around 80% of trade by volume and 70% by value are handled by ports.

India’s estimated export in April 2021 is near about USD 51.79 billion and the estimated import value is expected to go up to USD 58.72 Billion. As this number goes up the risk becomes higher.After witnessing a recent spike in the gulf of guinea, Indian ship Companies took to the matter to United Nations Security Council with the help of the Indian government.

High seas are under nobody’s control it has universal jurisdiction. And there are very few countries that have a domestic law to curb piracy, sometimes what happens when any Indian captures any other countries pirates or their ship, on high seas they are not tried in any court of law, in case their country don’t have domestic law for piracy or because India doesn’t have such law. Under such circumstances, pirates are left free.

A problem faced by Other Countries

India’s estimated export in April 2021 is near about USD 51.79 billion and the estimated import value is expected to go up to USD 58.72 billion. As the number goes up the risk becomes higher. The major hotspot of piracy is located in the Gulf of Guinea, approximately worlds 43% of piracy happens in this area. Alone 38 incidents were reported in this area of firing and hijacking, and fortunately, India has not been the victim of this, the pitcher will go to the well once too often.

India’s economic development is crucially dependent on the sea and fortifying India’s maritime security interest is of paramount importance. Proper implementation of this law will help in widening the maritime reach of India with other countries in terms of safety and security in maritime trade.

High seas are under nobody’s control, it has universal jurisdiction, and the problem just doesn’t end here, there are very few countries that have anti-piracy domestic laws, sometimes what happens, when any Indian ships capture any countries pirates, on the high seas, they are not tried in any court of law because neither India have any domestic law, neither that country. In such circumstances, pirates are left free; also there are many pirates, under trial in the Indian jails.

Countries which are having some form of domestic laws are, Netherland, Germany, Mauritius, and Seychelles, Kenya. And Kenya has entered into a treaty with the US, UK, EU for the prosecution of pirates. But as of now, they are facing problems in keeping them. While having different definitions of piracy across the board, it is considered to impede to reduce the piracies and other related offences.  The proposed anti-maritime piracy bill will clear the hurdles that were there, like the similar definition of piracy. Which is not there is other countries domestic law for piracy.