The women were rescued from the mob by the police. 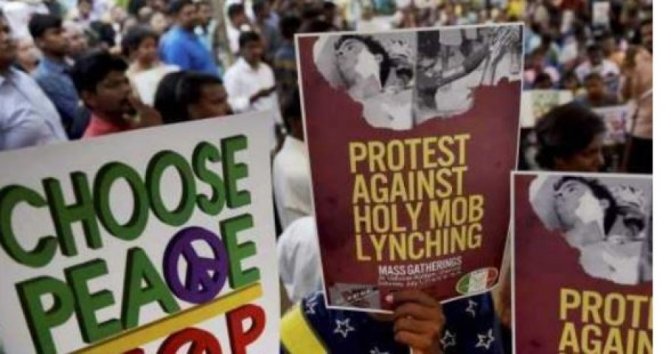 New Delhi: A mob in West Bengal’s Jalpaiguri district on Monday beat four women and stripped two of them on suspicions that they were child-lifters.

According to a report in the Hindustan Times, the women had gone to the Daukimari village market, about five km from where they live (Dhupguri). Some people in the market reportedly created panic by saying that the women were child abductors, and a mob gathered to attack the women, also stripping two of them.

On hearing what was happening, police officers reached the spot and rescued the women, after a lathi charge on the mob.

“The women were rescued by the police and taken to a nearby primary health centre, where their condition was stated to be stable,” Jalpaiguri superintendent of police Amitabha Maity told PTI.

“We are creating awareness on this [fake news and rumours] through the social media and public media like announcements over mikes,” he added. “People should contact the police on the helpline if they find someone suspicious, but not take law into their own hands.”

There has been a spate of lynchings across the country in recent months, several of which were reportedly triggered by rumours that child-lifters are roaming the area. These rumours have created a violent fear of anyone seen as an ‘outsider’. Just yesterday, a woman with mental disabilities was lynched in Madhya Pradesh’s Singrauli after suspicions spread that she was a kidnapper.

This is not the first instance of rumour-triggered lynching in West Bengal either. Last week, a woman with mental disabilities was tied to a pole and beaten after people thought she was a child lifter. On June 23, a man was lynched in East Midnapore.

A week after the Supreme Court told the government to take this issue seriously and enact a law to deal with incidents of lynching and take action on mob violence, the Centre on Monday constituted two high-level committees to suggest ways and a legal framework to effectively deal with such incidents.