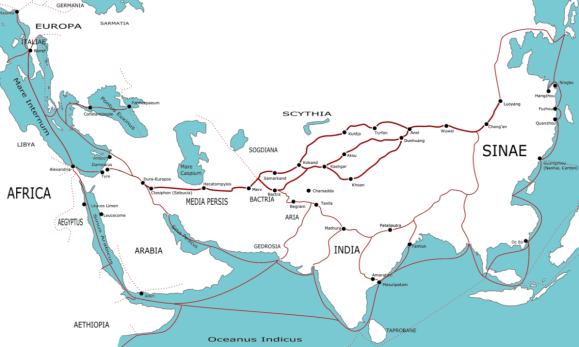 Sino-Indian relations have undergone significant changes in last five decades. India and China, however, are seen as important emerging powers in Asia. Their relations went through an active phase of rivalry in the years between 1960’s and 1970’s and then towards cooperation for peace, or some may call it Rapprochement policy after the end of the cold war era. The political landscape of South Asia changed after cold war and India also changed its foreign policy accordingly, the relations between these two countries rise diplomatically and economically since 1990’s. The relaxation in the relationship could be seen in the post-cold war era, but the distrust and conflict on boundary were still not vanished. India’s successful nuclear test in 1998 however disturbed the relationship which India had with China and it brought China and Pakistan closer, but top leadership eventually coped up the situation and cleared their stance that no state is a threat to other.
It has been observed that with the emergence of new world order and in this age of globalization the economic interdependence and security interdependence have increased and states are intertwined with one other in order to establish peace in their state and to develop themselves politically, culturally, militarily and economically, in order to compete with the developed nations or deter the developing states and also to get themselves in equilibrium with the states which possess the same capacity as one possess. This post-cold war era which brought China closer to India also brought Pakistan more closely to China, and they developed many strong, friendly relations as they possessed earlier which some top leadership also explained as higher than mountains deeper than oceans. It could also be said that Pakistan is dependent on China for security as well as economic cooperation. The most important thing to note here is that this interdependency of Pakistan on China is mostly on the security issue. China is Pakistan’s largest defense supplier it has provided Pakistan with much arms and munitions. The true example of this could be seen in the wake of 1965 Indo-Pak war when the US imposed an arms embargo on Pakistan, then at that time of need China stepped in and provided weaponry to Pakistan. The historical examples show China has always supported Pakistan to build its military to secure it from her rivals. China in recent years has been seen as the biggest arms supplier, and it had exported almost 40 percent arms to Pakistan. China apart from this export has also helped Pakistan in the modernization of its army, navy and air force. This security assistance which China provides to Pakistan to make it more stable and to deter its rivals can somehow make the worrisome situation for India, but it could not majorly affect Sino-Indian relations.

It could also be noted that China is not reliable on any other state in acquiring security capability but is largely dependent on other states for its economic development. It has great ties with highly developed nations as well as developing nations because of economic interdependence. It is using its tool of soft diplomacy and establishing good friendly relations with states like India in a recent century because the relations with Pakistan are longstanding and friendly throughout history. This trilateral relation of Pakistan-China-India shares an interesting economic and security interdependence. Pakistan is of vast geostrategic importance for China as it is situated in the location where it can pass through Central Asia, West Asia, and the Middle East. China, however, have less economical but more of political interest in the region, on the contrary it has more economic interest in India as it has more trade in India than in Pakistan. This shows that due to Chinese neutrality policy in recent years with both states, i.e., India and Pakistan, it could not have much impact on the relations between them.

India, however, sees Pakistan as a security threat as it perceives it as a hurdle in Confidence Building measures between China and India. India has its own interest in establishing trade relations with China and on the other hand China has its Interest in both the states may it be Pakistan or India, therefore, Pak-China relations would not impact Sino-Indian relations to a greater extent. Soft power diplomacy of China has expanded, and it has developed more trade in India and also it has started CPEC and OBOR project which makes Pakistan geopolitically important for China. China however also is a guarantor of security for Pakistan over India. This element would not lead Pakistan to destabilize their relations with China. India, however, is also not completely reliant on the USA. Therefore, it has also normalized its relation with China.