‘If you are not with us, you are against us’ 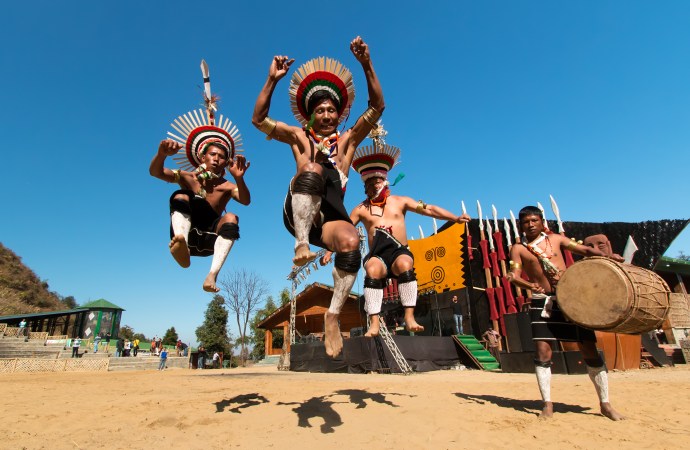 After taking part in the recently concluded 1st half of the Budget Session of the Parliament, where the members of the house were subjected to lectures on Nationalism from my esteemed colleagues from the BJP coupled with the diatribe of “In your Face” nationalism as espoused by mainstream news anchors, it suddenly made me ponder, whether even a normal person is a ‘national’ or an ‘anti-national.’ The narrative of Nationalism as played out by the ruling party, and glorified as nationalistic by primetime news anchors, signals a disturbing trend. The older generation would recall the Mc Carthyist era in the United States, or in recent times former US President George Bush’s quote “If you are not with us, you are against us” during the heydays of the War on Terror, where attempts were made in the public consciousness to determine on whose side a person was.

In similar ways, the self-proclaimed nationalists in India have decided that chanting ‘Bharat Mata Ki Jai’ or ‘Jai Hind’ as the benchmark of patriotism. The recent Parliament session reminded me of typical school days where a bully would taunt the lesser mortals to praise him or say something like ‘Jai Hind’. And one person gathers the courage to say that come what may, he won’t say it and then the bully’s entire gang would go up against the lone boy with a vitriolic rant. Imagine this being played out day-in and day-out in the great portals of our democracy that is, in the Parliament itself. It is only when we witness instances like these that we feel how true was Albert Einstein when he said “Nationalism is an infantile thing. It is the measles of mankind.”

We are witnessing dissent being labeled as anti-national. The state is what the former US President Eisenhower had once remarked “honest dissent being characterized as disloyal subversion.” The problem is compounded, when leaders like Arun Jaitley, who is also known to be one of the saner voices in the BJP, had remarked that in the ideological war, the BJP has won the first round as people who raised anti-India slogans till now have been forced to say “Jai Hind, if not Bharat Mata ki jai”.

The Government, instead of thrusting its own version of nationalism should take concrete steps to dispel the stereotyped notions that are prevalent in this day and age. For example, anything and everything down south are clubbed together as a Madrasi, or the entire North East termed as Nepali; without realizing that there are far too many variations of ethnicities and cultures amongst “them”.

In this regard, the Prime Minister’s repeated visits to the North Eastern Region and taking part in the Annual Hornbill Festival in Nagaland are welcoming moves. Beyond symbolism, in the North East, the Central Government has to revisit and reassess the implementation of projects announced since 2014. The following three most important issues need to be addressed concretely for our North Eastern brothers and sisters to feel at home in their own country.

First, a lot of emphasis should be given on promoting greater awareness and respect for the diversities of the seven North Eastern states. Second, the Centre and the North Eastern states should work in harmony for all round development in the region. Infrastructure development and connectivity are urgently required, so that tourism and trade can be enhanced. As an example, the projected requirement for the North Eastern Industrial Investment and Promotion Policy scheme for 2016-17 was estimated to be Rs. 632 crores, but only Rs. 172 crores have been allocated.

Third, more should be done at the political level to make the respective State Governments and elected representatives feel that they are an integral part of India. The decision to sign the peace accord with the insurgent groups in Nagaland, without consulting the Chief Minister of that state or for that matter the CM’s of the neighbouring states, or the unwillingness of the Finance Ministry to allocate the Rs 15,000 crore of unspent money from the Consolidated Fund of India to the DoNER Ministry for development in the North Eastern states show that co-operative federalism is easier to preach than practice.

Being part of the peaceful struggle for the formation of the State of Telangana and having been branded a dissident, I am reminded of the former Czechoslovakian President Vaclav Havel, a former dissident himself, when he said:

“You do not become a ‘’dissident’’ just because you decide one day to take up this most unusual career. You are thrown into it by your personal sense of responsibility, combined with a complex set of external circumstances. You are cast out of the existing structures and placed in a position of conflict with them. It begins as an attempt to do your work well, and ends with being branded an enemy of the society.”

The government of the day would do better by listening to the genuine voices and aspirations of the people from all parts of the country. Instead of thrusting the BJP’s views of nationalism on all sections they the government should make people feel genuinely wanted in our diverse nation. The government should hold everyone as per the rights enshrined in the Constitution, and as Sarojini Naidu had mentioned “We want deeper sincerity of motive, a greater courage in speech and earnestness in action”.  I truly look forward to the day when it happens.