How Student Community Reacted to the Killing of SPOs in Kashmir Valley: An interview with several students 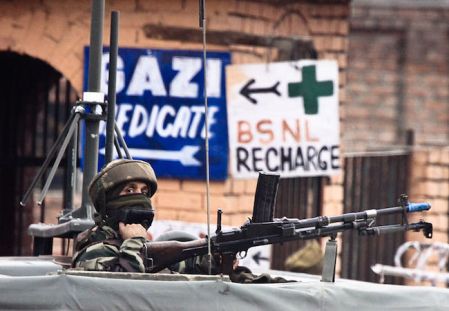 The recent killing of SPOs and political party workers in the Kashmir valley created an outrage across the state. Both national and local media along with netizens cutting across the political lines condemned such killings.

On a similar note while debating on this grave concern, the students studying in and out, side the valley also expressed the outrage. Manyexpressed the anger on social networking sites, while others sought the unveiling of the unidentified gunman [Na’maloom Bandooq Bardaar]. In this regard, few students were questioned, and information was collected.

This is what they said about the killings.

Mohammad Umar (27), a student of Political Science said that it has never been the trend of the militants to kill a local policeman. The fact is that the line of jurisdiction was crossed by the police, which left militants with no option. As long as the job of the police was only law and order, nobody was harmed. But as soon as the nature was changed, it also forced the militants to change the mood. Moreover, police as an institution are attacked not as an individual, because the problem is with the institution not with the individual.

No doubt, these things create a rift in the society, but that is what war tactics are all about. So for this collateral damage, we can’t blame any of the sides but the conflict which is the root cause of all these untoward incidents where only a Kashmiri has to bear the brunt. Conflict is all about chaos and confusion. You will never know that who killed whom and why. As long as the conflict is there, it is futile to blame anyone. Thus, Umar stresses the solution of this 70 years old conflict which will end day to day killings in Kashmir.

Mohammad Hussain (26), a researcher in history is of the view that if the problem is working with the government, then they [Militants] should force all the departments including education to resign. The SPOs are mostly poor people who work for the bread and butter of their family. If they are forced to resign, what alternatives are they being provided with? It is a total lack of strategy on militants’ part. Moreover, uploading their warning videos on social networking sites is their character assassination. This increases their danger on both sides. Whom to blame, if they would be killed by an unknown gunman the other day? A movement needs the support of masses, and these incidents are declining the public support.

The families of those deceased or threatened ones will never support the movement.
Moreover, aggression never creates peace nor will it win the world opinion. It is directionless and unmatched aggression where only poor become victims. History is witness to the fact that aggression is always short lived. An alternative is needed which would demand less sacrifice and more peace. For that, the leadership has a great role to play.

Murtaza Bashir (28), a post-graduate in Chemistry, while referring to the report published by The Indian Express (Sep. 22) on the recent Shopian killings said that SPOs are the collaborators of police. They are their grass root informers. Although, they are recruited by the concerned district Superintendents of Police but are promoted by their performance in anti-militancy operations. One can say that their motto is clear in a war-like situation.

Let’s suppose if they have chosen to be the rivals of militants, how can they complain against them? Instead, they should think of their safety themselves, the time they were asked for what purpose are they being recruited. No doubt it would break the nexus and create the binaries in the society which is already apparent from the last couple of years. So, to prevent this, one of them has to back off. Thus, for Murtaza killing of the policemen leads to division in the society, this certainly is good neither for the state nor the movement.

In conversation with Rameez Ahmad (30), a research scholar of Sociology, he blames political leadership for their lack of strategy. He is of the opinion that the Conflict makes the inhabitants political lore and susceptible at the same time. No doubt, it acquaints one about the plots and conspiracies hatched against them but can fool them anytime, anywhere. So with political maturity, they are prone to every disaster.

Unfortunately, in both the cases, the one wallowing in it is a loss. It gives an idea that how much keen and sensitive the people in the conflicted zone should be. They should not only think before doing something but also at the time when they want to take a step. So for every action, the strategy is important. One immediately has to shun every action if it somehow seemed affecting the struggle, no matter how important it would be. Thus, for Rameez the leadership needs to frame out a new strategy to get Kashmir out of this political mess. That will be helpful both for the people as well for the grand narrative of political movement led by APHC.

Naseer Ahmad (29), a researcher and social activist while commenting on the killing of SPOs and political workers said that we could judge a person by the deeds he or she has done in the past. There might be some unfortunate acts which militants had perpetrated in compulsion, but the intelligence is ever ready to ignite it in the name of an unknown gunman. Then many a time we were able to see the face of the one behind the gun who is termed as unknown which he never is. How can anyone be unknown under such high vigil of intelligence and security forces? Thus for him, the state is working so deep that it is impossible to find out the unknown gun.

When asked about the videos of SPOs uploaded on the social networking sites he said that it is a war and we have to anticipate tactics on both sides. But in Guerilla warfare like Kashmir, these things are temporary. Its permanency would create a civil war. The signs of war can be destructive for society as a whole.

Zahid Iqbal (23), an engineering student while remarking on this issue said that everybody knows that it is never safe to have an association with a political party in the valley or to be an SPO. It is as dangerous as working with the militants. Militants only have threat on one side, but the workers of the political parties or SPOs have it on both sides. They could be easily used as bait by the intelligence agencies to deteriorate the situation that is already fragile from the past few years. All agencies want is to eliminate the sympathy for the militants. They want a society who would detest the militancy, and there is never an easy way to achieve this other than to attack the one affiliated with a political party. Thus for him, it is a political mess that has given birth to such incidents, fully supported by intelligence security agencies to suppress the legitimate political demand of the people.

Mir Danish (21), a young graduate student of Political Science is giving a different opinion than the students mentioned above. He is of the view that the killing of SPOs and political party workers is unwelcoming. They are part of us. You can’t destroy and segregate your one part and celebrate the success of others. No doubt, one of them has to back off. For that, both of them need to give each other time to realise.
Moreover, the movement is trudging on the wrong path. It looks like the movement is in the hands of people or separatists but is run by the intelligence agencies on both the sides of the border. Because in the state of turmoil where only the local populace is on the receiving end can never be the movement run by the sympathizers. Thus for Mir, movement in Kashmir is trudging towards the wrong path, and for this, both countries play their respective game to show their power and dominance.

Javid Ahmad Ahanger (28), a research scholar of political science is of the view that one should not see such killings in isolation from the root cause of the conflict. There was a time when the army or other paramilitary forces launch search operations during the nineties; the people were looking for the policeman to secure themselves from the army and border security forces.

However, that trend has completely changed since Special Task Force [STF] was carved out from the same police force. They not only carried militancy related operations but tortured, killed and humiliated innocent people on a daily basis. There is fear psychosis among the people once they heard the name of policeman or SPOs. All this is because the role local police played in post-2008 to deal with the protesters and agitators. But killing them will not solve the problem.

After all, they too belong to the community that is fighting for the legitimate cause of right to self-determination. Yes, mainstream and separatism along with the other stakeholders must end this political chaos by entering into a negotiation, but at the same time, both police and armed fighters should also revisit their policy. The sooner they would act, the better it would be.

The interview was done by Paul Aabid, a student of English Literature at Aligarh Muslim University. He can be reached at pala.abid@gmail.com
Twitter Handle: paul_aabid