Have Tamils lost interest in Prabhakaran? 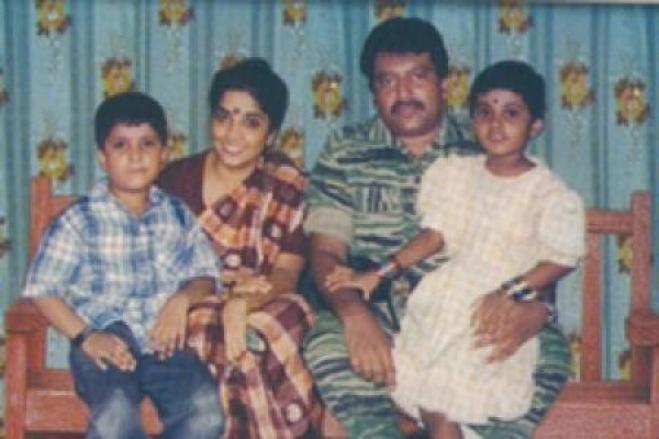 It is anybody’s guess why Field Marshal Sarath Fonseka, the war victor of an army commander, has waited till now to declare that LTTE supremo Prabhakaran’s baby-faced second son Balachandran was as much a part of the terror group as the rest of the family. Even more surprisingly, no Tamil political party or leader has contested, or international NGOs that had taken up the cause vociferously, has contested Fonseka’s assertion that the Sri Lankan armed forces did not kill the boy, whose picture with a gun-shot wound in the chest moved millions across the world.

The publication of pictures of 12-year-old Bala eating some snacks in a bunker surrounded by sandbags and with a gun-toting man in army fatigues and the one with a gun-shot wound was timed for the UNHRC session in March 2012, when the human rights body took up the US-led resolution on war crimes probe against Sri Lanka. The Council voted for an ‘independent probe’ into accountability issues on the occasion.

The pictures by themselves did not necessarily influence nations and Governments to vote for or against the motion. That decision was based on crude diplomatic calculus. But the widespread publication, especially where the ‘Tamil issue’ made local politico-electoral sense, national Governments could not have overlooked the popular sentiment nearer home, whipped up by those pictures. But the fact is that in most cases, the Governments had made their decisions before the publication.

“Prabhakaran’s wife was a member of the LTTE, his eldest son a colonel in the LTTE, his daughter a member of the LTTE women’s wing and his youngest son was a commanding officer of LTTE baby brigade,” Fonseka, an MP told Parliament the other day. He was responding to Tamil National People’s Front member, Selvarajah Gajendran (as different from alliance boss, Gajendrakumar Ponnambalam), who alleged that the forces had fed biscuits to the child and then shot him, too.

“Don’t think that there were any innocent member in Prabhakaran’s family,” Fonseka reportedly told Parliament adding that “Prabhakaran’s family had been destroyed (in the war) and we only found the bodies of Prabhakaran and his elder son” He quoted one-time LTTE arms-procurer Kumaran Padmanaba, or KP, asking later “how Prabhakaran’s wife, daughter and youngest son had died”.

As if in belated response, Fonseka said: “We, too, saw the photograph of Prabhakaran’s youngest son inside a bunker covered in a sarong similar to the ones worn by Tamils. Had he been in our custody we would not allow him to be covered in a sarong, we would dress him in a pair of trousers and a shirt.”

It is not unlikely that the photograph showing young Bala munching biscuits and his body with a bullet wound were not taken at around the same time. At least in the biscuit-eating picture, he does not seem to be terrified. His eyes still radiated the innocence of the age, not someone who had grown up in the midst of blood, death and violence, leave alone being the leader of the LTTE’s ‘baby brigade’, if any – whatever be their role in military terms.

It was equally likely that Prabhakaran, who boasted that his bodyguards to shoot him dead if he wavered from his commitment to the ‘Eelam cause’ in his famous Kilinochchi news conference of 2002, would not have asked Bala’s bodyguards to do so if closed in by the army. Or, if Bala could not have taken his life, in anticipation of being captured and possibly tortured. The possibilities were many.

Fonseka further declared that “a uniformed man is seen standing next to him, dressed in a camouflage kit similar to that worn by members of the Indian Army”. According to him, “only the LTTE terrorists wore such uniforms”. If true – and it has not been contested close to a week – the possibilities may even rule out an army hand in Bala’s killing.

It is another matter that a ruling SLPP parliamentarian, Sudarshan Denipitiya, objected to Gajendran’s allegations and wanted the same expunged from Hansard, the records of the House proceedings. With Deputy Chairman of Committees, Angajan Ramanathan – incidentally, a ruling Tamil MP – who was in the chair, holding that Gajendran was “only expressing his opinion”. He promised to take up the issue with Speaker Mahinda Yapa Abeyawardena, who would then rule on the demand for expunging Gajendran’s charge.

It is anybody’s guess who really killed young Bala. If as Fonseka claims, the army may have had more information to prove that it was not behind the killing, it may be worth the while for the Government to set up a minimal inquiry to prove as much – even if it may not be still possible to prove that it was the handiwork of Bala’s LTTE bodyguards, or that he may have been caught in the crossfire. It may be a sample case, either way, viz the forgotten Darusman Report’s claims of the armed forces killing 40,000 innocent lives – without having to produce bean of an evidence.

But after Fonseka has had his say on the matter, no Tamil MP, including Gajendran, who made the allegation against the armed forces in the first place, seemed to have joined issue with the war veteran. One, the Tamil political parties are busy fighting their lil’ home-wars within each one of them. This is more so of the more popular TNA, the amalgam of three political parties, with the single largest take of 10 MPs.

Yet, to think that no Tamil leader, scholar or Diaspora representative has said anything in the matter should be surprising. Is it also an acknowledgement of the possibilities of what Fonseka has said being closer to the truth than the earlier allegations and constructs? Is it also possible that the Tamil parties, and more so their people, are no more inclined to resurrect Prabhakaran’s memory other than during election time – that too, to spite at a fellow Tamil leader, as they did with TNA’s Sumanthiran during the run-up to the parliamentary polls?

Or, is it also a reflection on the new generation youth’s increasing disinterest and possible indifference to the ‘homeland issue’ in favour of development – as claimed by the ruling SLPP combine, which incidentally has the second largest crop of five Tamil MPs from the North and the East, that too, otherwise opposed to each other party or group that they represent, internally?