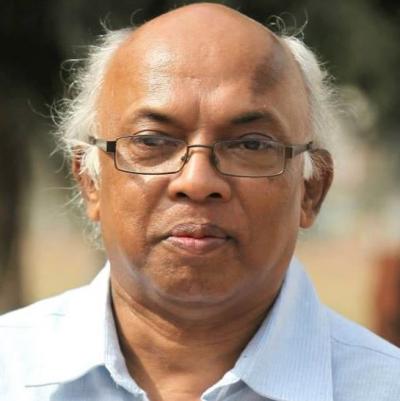 In the past three weeks, no fewer than 130 people have died in what Bangladesh’s security forces have described as “gunfights”. The police and other forces, such as the Rapid Action Battalion, used this term to persuade citizens into believing that gangs of drug dealers and law enforcers have engaged in gun battles, resulting in the deaths of individuals accused of dealing in narcotics.

In real terms, however, “gunfight” is a progression from earlier descriptions of “crossfire” and “shoot-outs” employed by the security forces to explain their version of events where people taken into their custody died in questionable circumstances.

In recent days, the frequency with which arbitrary arrests and resultant deaths of men accused of drug dealing by the government have occured has led to an outcry not only in Bangladesh’s media but also among broad sections of society. The grave worries these extrajudicial deaths have aroused among citizens have been well articulated by ten leading intellectuals in the country.

The statement by these leading members of Bangladesh’s intelligentsia would have made little impression if not for the fact that all ten individuals are widely known for their pro-government leanings. It is rare in Bangladesh for prominent individuals noted for their political loyalty to the government, led by Prime Minister Sheikh Hasina, to part ways with the administration.

The outrage now dominating conversation in Bangladesh was triggered a couple of weeks ago by the killing of Ekramul Haque, an elected local councillor in the country’s south-eastern town of Teknaf. Called out by security officials late in the evening, Haque, a member of the ruling Awami League who has no convictions and no record of any criminal activity, was killed two hours later in a “gunfight”.

But those responsible for his death had little idea the shooting was being recorded on Haque’s mobile phone, on which his wife and two daughters tried frantically to speak to him and even pleaded with the man ordering the shooting. It is assumed Haque’s family called him and he tried to answer, but the phone was swiftly snatched away.

Unbeknownst to the officer who seized the device from Haque, the phone had not been switched off. At a subsequent press conference a few days later, the dead man’s family retold the whole sordid story.

Worries over such extrajudicial killings have gone on unabated. The extent to which excesses committed in the drive against alleged and real drug peddlers has jolted the international community was evident in a public condemnation by the UN Human Rights chief. Zeid Ra’ad Al Hussein’s statement came only days after his meeting with the Bangladesh law minister in Geneva. While the minister tried, obviously without success, to convince the UN human rights authorities that due process was being followed in the operations against drug dealers, his colleagues at home in Dhaka were patently muddying the waters.

The minister for road transport and bridges, who is also general secretary of the Awami League and therefore the second most powerful figure in the ruling party after Sheikh Hasina, did not allay public concerns about the extrajudicial killings. He would say little beyond suggesting that if any innocent person had been killed in the anti-drugs drive, those responsible would face justice. That raised howls of protest, for it hinted that the authorities arrogated to themselves the right to decide who was criminally guilty and who was not.

For his part, the interior minister on whose watch the drive has been conducted went on record with his opinion that the operations would continue as long as they were necessary. The message was not lost on citizens and rights groups: the security forces would continue to have a free hand in dispensing their own “justice”, with the country’s judiciary having absolutely no role in ensuring that the right to life and liberty guaranteed in Bangladesh’s constitution was or could be upheld.

For Bangladesh’s citizens, these are fraught times. For the government, which must face new general elections this year, there is little to be happy about. Its functionaries stridently express their confidence that the ruling party will be voted back to power. But with former prime minister Khaleda Zia slapped with a five-year conviction for corruption and now in prison, and with her Bangladesh Nationalist Party unable to mount any effective political program against the ruling party, politics remains murky.

For the government, it is crucial that the elections are transparent and fair and, of course, inclusive. The last electoral exercise, in January 2014, saw 153 of the 300 candidates for parliament returned without opposition.

It was not a happy moment for democracy.

*Syed Badrul Ahsan is Editor-in-Charge of The Asian Age, Dhaka, Bangladesh. From 1997 to 2000 he served as Press Minister at the Bangladesh High Commission, London, and he has been part of adjunct faculties at Dhaka University, Independent University Bangladesh, and University of Liberal Arts. Ahsan is a member of The Reading Circle (TRC) in Dhaka, and has been a Fellow at Jawaharlal Nehru University (JNU) in New Delhi. His biography of Bangladesh’s founder Sheikh Mujibur Rahman, From Rebel to Founding Father: Sheikh Mujibur Rahman, was published in 2013. More recent works are Glory and Despair: The Politics of Tajuddin Ahmad (2018), and History Makers in Our Times (2018). He contributes to Dhaka Courier, First News, Dhaka Tribune, Bangla Tribune, Our Time, Indian Express, Asian Affairs, and South Asia Monitor.