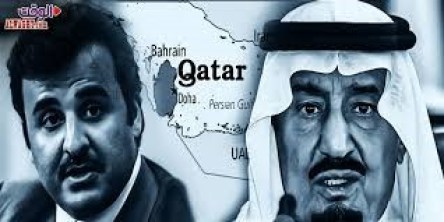 Vulnerable Asian states are bracing for possible pressure to back a Saudi-UAE boycott of Qatar as efforts to mediate an end to the almost month-old Gulf crisis seemingly stall and Saudi Arabia and the UAE struggle to rally credible Muslim and international support for their campaign against the recalcitrant Gulf state.

Countries like Bangladesh and Pakistan, two of the most populous Muslim states, as well as India, home to the world’s fourth largest Muslim population, fear that Saudi Arabia could threaten to expel millions of migrant workers and expatriates in a bid to force them to join the boycott of Qatar.

Saudi Arabia has a history of using as leverage migrant workers, whose remittances constitute the backbone of foreign currency liquidity of many supplier countries and whose Gulf jobs reduce pressure on domestic labour markets. In the most dramatic instance, Saudi Arabia expelled some 700,000 Yemenis in 1990 in retaliation for Yemen’s refusal to wholeheartedly back the US-Saudi led rollback of the Iraqi invasion of Kuwait.

A similar number from a host of countries were forced to leave the kingdom in 2013 after Saudi Arabia tightened its labour law to ban foreign workers from running their own businesses and make them more dependent on the Saudi employer who initially facilitated their employment.

Speaking to the BBC, former Bangladesh ambassador to Saudi Arabia Abdul Momen Chowdhury warned that “nothing is impossible” in how the kingdom might seek to build support for its campaign against Qatar. “If anyone obstructs what they want or does not agree with their opinions, they are never hesitant to act.” Mr. Chowdhury said.

Concern about possible pressure was fuelled by recent Saudi and Emirati statements that suggested that there was unlikely to be a quick resolution to the Gulf crisis. The statements suggested that the crisis was about much more than alleged Qatari support for militants and Islamists.

Saudi Foreign Minister Adel al-Jubeir, in Washington to lobby for US support, ruled out a compromise or face-saving solution when he told journalists that demands tabled by a Saudi-UAE led block of economically dependent nations were “non-negotiable.”

Saudi Arabia, the UAE, Bahrain and Egypt have given Qatar ten days to comply with demands that include halting support for militants and Islamists, closing a Turkish military base in the Gulf state, reducing relations with Iran, and shuttering Qatar-sponsored media, including the controversial Al Jazeera television network. Qatar’s detractors have threatened further sanctions if it fails to comply with the demands.

UAE ambassador to Russia Omar Ghobash, in a clear and unabashedly frank indication that the boycott is about imposing policies and values rather than primarily about fighting political violence, defended the Saudi-UAE demand that Qatar shut down media like Al Jazeera by saying: “We do not claim to have press freedom. We do not promote the idea of press freedom. What we talk about is responsibility in speech.”

The UAE has long sought to muzzle Al Jazeera, which revolutionized the Arab media landscape since its inception in 1996 by breaking the mould of staid, heavily censored, government-controlled Arab broadcasting with more hard-hitting, freewheeling reporting, and giving air time to critical voices, Al Jazeera has over the years attracted criticism from multiple Arab autocrats as well as others, including the Bush administration, which accused it of being an outlet for Al Qaeda.

A US diplomatic cable, released by Wikileaks, quoted UAE Crown Prince Mohammed bin Zayed as urging the United States in the walk up to the 2003 US invasion of Iraq to force Qatar to reign in Al Jazeera. Prince Mohammed allegedly went as far as asking a US general to bomb Al Jazeera. It wasn’t clear if the UAE official was referring to the tv network’s headquarters in Doha or its offices in Baghdad.

A US missile subsequently hit an electricity generator at Al Jazeera’s office in Baghdad, killing two members of its staff. The US military said at the time that Al Jazeera “was not and never had been a target.”

Abdulrahman al-Rashed, a prominent Saudi journalist with close ties to the government, echoed Mr. Ghorbash’s theme. Mr. Al-Rashed argued that the core of the conflict was Qatari support for opposition groups in the kingdom and other Arab countries and the fact that they were granted air time on Al Jazeera.

In an ominous warning, Mr. Al-Rashed suggested that Doha could experience its own Raba’a al-Adawiya Square, a reference to a Cairo square on which hundreds of supporters of the Muslim Brotherhood were killed in August 2013 by Egyptian security forces. The demonstrators were holding a weeks-long sit in on the square to protest a Saudi and UAE-backed military coup that toppled Mohammed Morsi, a Brother and Egypt’s first and only democratically elected president, and brought General Abdel Fattah Al Sisi to power.

The coup was preceded by a mass demonstrations against Mr. Morsi that, feeding on widespread criticism of his presidency, had been co-engineered by security forces with the backing of Saudi Arabia and the UAE.

The risk of increased pressure on Muslim nations as well as other trading partners of Saudi Arabia and the UAE stems in part from the fact that the campaign against Qatar has failed to generate a groundswell of support from Muslim nations and the international community. Most Muslim countries remain on the side lines while the United States and members of the international community have called for a negotiated solution.

Saudi Arabia and the UAE’s failure to garner widespread support raised questions about the return on investment of Saudi Arabia and the UAE’s long-standing checkbook diplomacy and the kingdom’s massive financial support for Sunni-Muslim ultra-conservative educational, religious and cultural institutions and political groups across the globe that was designed to enhance soft power. Except for Egypt, no major Arab or Muslim state has joined the boycott.

UAE officials repeatedly warned in recent days that Qatar’s distractors would take additional punitive steps against the Gulf state if it failed to cave in to their demands. Those steps could include not only pressure on states dependent on export of labour but also measures against businesses countries that fail to grant support.

“One possibility would be to impose conditions on our own trading partners and say you want to work with us then you have got to make a commercial choice,” Mr. Ghobash said. It was not clear if the ambassador was also referring to the commercial interests of Muslim as well as non-Muslim powers that could include the United States, Europe, and China.

Some industries are already feeling the heat without Saudi Arabia and the UAE increasing pressure. Although not yet confronted with a demand to halt all business with Qatar, shipping companies no longer can load vessels with goods destined for the Gulf state as well as its detractors that dock at ports on both sides of the Gulf’s political divide. Instead, raising costs, goods destined for Qatar have to be shipped on separate vessels that only head for the Gulf state.

In another bid to tighten the noose around Qatar’s neck, Saudi Arabia appeared to be attempting to persuade world soccer body FIFA to deprive the Gulf state of its 2022 World Cup hosting rights. SAPRAC, the Saudi lobby group, this week accused Qatar of simultaneously supporting sports and terrorism.

In a paper, SAPRAC reiterated the long-standing controversy about the Qatari World Cup, including questions about the integrity of its bid and criticism of its controversial labour regime. In doing so, the kingdom seemed to be ignoring at its own peril the principle that people who live in glass houses should not throw stones. Legitimate criticism of Qatar’s controversial labour regime is equally valid for that of Saudi Arabia.