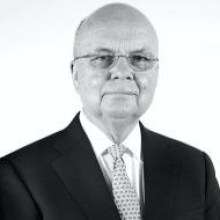 Earlier this week, the U.S. commander in Afghanistan, General John Nicholson, laid out a two-year plan to take back substantial territory in Afghanistan and drive the Taliban toward the negotiating table. In a Monday video conference from Kabul, Nicholson said that the strategy outlined by U.S. President Donald Trump in August aimed to bring 80 percent of the Afghan population under government control within two years. The Taliban currently controls more territory in Afghanistan than at any point since 2001, while Afghan Security Forces are now believed to be in control of less than 60 percent of the country.

The introduction of this plan comes shortly after the Defense Department Inspector General’s Office released its quarterly report, which stated that “54 of Afghanistan’s 405 districts were under insurgent control or influence, an increase from 45 districts six months ago.

Last week, the U.S. increased its troops levels in Afghanistan to 14,000, up from the 11,000 reported by the Pentagon earlier this fall. The increase reflects U.S. President Donald Trump’s new strategy in Afghanistan, which he outlined in a speech in mid-August. Trump had said that he was scrapping a timeline approach and aiming to provide U.S. troops on the ground with all of the tools necessary to battle the Taliban and defeat al Qaeda and ISIS.

The Cipher Brief spoke with former NSA and CIA Director General Michael Hayden about his assessment of the president’s new Afghan strategy.

The Cipher Brief: Did the president make clear what his objective is for Afghanistan?

General Michael Hayden: I think he did, and I think he did it in a way that for lack of a better word, was presidential in style. This was a decision called regular order: there was NSC deliberation, whole of government meetings, presidential discussion, a presidential decision, and then a speech by the president that put the decision into broader context. It’s the way we have historically done things. It is not the way this administration had done things.  That’s the first thing, I would give this good marks for following what I call regular order. Look, these speeches are hard, there’s always fluffiness around the edges, but I think he did a good job with the challenge he had in front of him.

TCB: Is the strategy consistent with that objective?  Is it achievable with this plan?

Hayden: He talked about victory, he talked about destroying ISIS, destroying al Qaeda, preventing the Taliban from taking over Afghanistan. I think those are all worthy, strategic goals. Frankly, what I think our objective is in Afghanistan is to make sure it doesn’t become something we can’t live with. In other words, realism about Afghanistan suggests this will take a long time, and the final outcome will not be totally satisfactory.

The other alternatives are far worse. We’re going to put sufficient American energy in here to deny Afghanistan as a genuine safe haven to those who would do us harm. It’s a fairly limited goal. He suggested that in talking about we’re not building democracies or creating nations in our own image. He did allow his language to get out a bit in front of him in terms of crushing our opponents. But I think in Afghanistan, it’s denying our opponents advantages they would otherwise have.

TCB: He very specifically did not mention a timeline for this- what are we to draw from that?

Hayden: All good. That entire piece where our strategy and our decisions will be conditions-based rather than timeline-based, anybody that does this for a living would say, oh, thank god. Because the timeline-based stuff in the past was very disturbing for anyone actually responsible for outcomes.

TCB:  Can you walk us through how you think this strategy diverges from that of the Obama Administration? The president mentioned lifting certain restrictions on warfighters and expanding the authority of wartime commanders – what does that say to you?

Hayden: Two or three things I think mark a clear distinction from what the Obama guys did and would have done had they made this decision. First, the talk of American troops that the president said he is not going to get into, fine.  I think we all know it’s about 4000. I think the Obama team would have made that decision, but they appropriately deferred it, because this was an election year and they didn’t want to preempt a decision by the incoming administration. There you have consistency. I think you also have consistency in President Trump pointing out what team Obama had already realized: that going to zero in Afghanistan was a bad idea. In those two we see continuity.

Where we get difference, and the president was clear in this, pushing tactical decisions down to the tactical level, again, anybody who does this for a living says, thank god. And also ending some really difficult rules of engagement under President Obama as to who could be the targets of American power. There were just different rules for what we could do to ISIS or al Qaeda elements as opposed to Taliban elements. The president was quite clear.  We’re going to treat all of the terrorists and all of the criminals the same. That simplifies the battlefield. That simplifies decision making. Again, people responsible for outcomes are very relieved by that.

The news in all of this, the president’s careful wording, and I don’t think I’m reading into this, he had really harsh things to say about Pakistan, which I always viewed as the ally from hell, but he also invited the Indians to increase their presence and activity in Afghanistan. Pakistanis view any Indian activity in Afghanistan as strategic encirclement by their prime enemy. That part of the speech is going to have a powerful, dramatic effect in south Asia between Pakistan and India.

TCB: How important is the Pakistan piece of the strategy, does it deal with the issue of safe havens, and is it achievable?

Hayden: He didn’t quite say we’re going to put an end to safe havens in Pakistan, but if you read between the lines, I think it’s clear that our tolerance for those safe havens is going to be much reduced. This is a part of the speech where I would say, watch this space. Let’s see what we’re willing to do, cross border, if the Pakistanis don’t act based on what the president has already said.

TCB: Are there any unintended consequences to this strategy, or anything you think he should have done differently?

For someone like me, the speech was by and large good news. Let me suggest something to you. You know all those guys like me last summer who signed those letters saying this guy might be dangerous as president of the United States. I think most of the people who signed those letters would pretty much agree with the strategy the president outlined here. The president kind of admitted that. At the beginning of the speech when he said, my original instinct was to pull out, and things look different from the oval office then they do from elsewhere. And so he has recalibrated and decided on a course of action that I would say the traditional foreign policy establishment would support, certainly support far more than the economic nationalists that have been around the president, like Steve Bannon.

TCB: Why the change?

Hayden: I think he was really influenced, and I go back to my first point, this is in effect the first security decision that they have made that was the product of what I keep calling, regular order: what is the issue, what are the alternatives, what are the pluses and minuses, iterate possible courses of actions to the president, the president makes a decision, and then describes the decision in a 25-minute speech rather than 140 characters. This looks and feels like traditional American policy making.

TCB: Nearly 16 years later, you were in government, did you ever expect we would still be having this conversation about Afghanistan?

Hayden: I don’t know that I ever asked myself that question. I think a lot of folks like me viewed this as a continuous process. We all would have hoped the necessary American role would have been a lot less right now. When I look at this, this isn’t like defeating the Third Reich. This might be more like what police departments have to do everyday fighting crime. In other words, after you’ve had a really good day, you have got to do it again tomorrow. We may be seeing that kind of approach in Afghanistan through the current planning horizon. We’re going to be down to about 13 thousand troops, mostly in an indirect support role, preventing an incredibly troubling unstable nation from becoming a base to attack the American homeland. In the real world, that might be the necessary trade off.