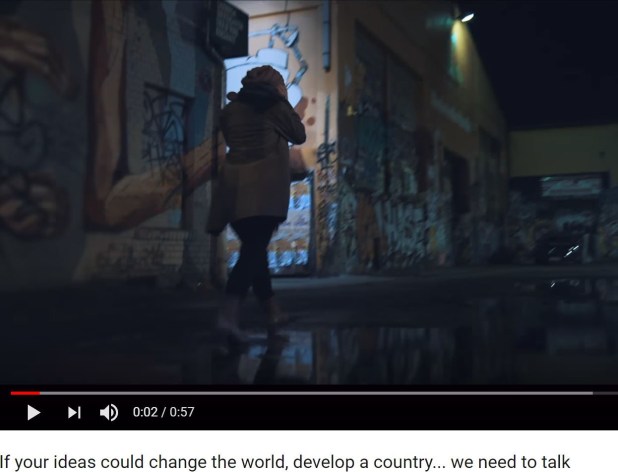 Egyptian general-turned-president Abdul Fattah Al-Sisi would likely be the first to admit that an iron fist is no guarantee for retaining power. Not because of the fate of the country’s longest ruling autocrat, Hosni Mubarak, who was toppled in 2011 by a popular revolt. But because Mr. Al-Sisi’s iron fist has not squashed resistance, nor has it enabled him to properly deliver badly needed public goods and services.

Mr. Al-Sisi has, however, not concluded in advance of elections expected next year that he should perhaps loosen the reigns, reduce the role of the military in the economy that is drowning out much of the private sector, and opt for economic policies that are not centred on huge, white elephant infrastructure projects but instead target job creation and lifting millions out of poverty.

Instead, backed by the United Arab Emirates and Saudi Arabia, Mr. Al-Sisi is tightening his grip on youth groups and sports clubs that were at the core of the 2011 revolt. He is also believed to be attempting to ensure that credible presidential candidates are prevented from running in the election for which he has yet to declare himself a candidate.

Mr. Al-Sisi’s failed policies, insistence on repressive state-centred control of public life, and electoral processes that are everything but free and fair, raises questions about the sustainability of UAE-Saudi-led counterrevolution that aimed to roll back the achievements of the 2011 popular Arab uprisings in which the leaders of Tunisia, Egypt, Libya and Yemen were overthrown. Mr. Al-Sisi came to office in 2013 in a UAE-Saudi backed military coup that toppled the country’s first and only democratically elected leader.

Egypt has proven resistant to the policy formula adopted by the UAE and Saudi Arabia at home and advocated elsewhere in the region. The two Gulf states have embraced economic reform and greater social freedom while employing repression to retain ever tighter political control. Repression and absolute political control appears to be the only aspect of the UAE-Saudi formula that Egypt has wholeheartedly adopted.

Mr. Al-Sisi’s policies forced US president Donald J. Trump, who has deemphasized human rights in his administration’s policy and is a fan of the Egyptian leader, to cut off some military aid earlier this year in compliance with US law.

The Washington Post, commenting in an editorial on last month’s jihadist attack on a Sufi mosque in the Sinai that killed more than 300 people, effectively described Mr. Al-Sisi as part of the problem rather than part of the solution. “The regime has used terrorism as a pretext for the most severe repression in Egypt’s modern history,” the Post said.

Former Egyptian prime minister and senior air force commander Ahmed Shafiq, potentially Mr. Al-Sisi’s most serious challenger, charged this week that the UAE had barred him from travelling to his home country. UAE minister of state for foreign affairs Anwar Gargash denied the charge but acknowledged that his country had “severe reservations about some of his (Mr. Shafiq’s) positions.”

Mr. Shafiq moved to the UAE in 2012 after he was charged with corruption and acquitted in the wake of his defeat in presidential elections that were won by Muslim Brother Mohammed Morsi, whom Mr. Al-Sisi forced out of office a year later.

Despite being financially dependent for support from the UAE and Saudi Arabia, Mr. Al-Sisi has differed with them on policies towards Iran and Syria, but joined the two states’ six-month-old diplomatic and economic boycott of Qatar because of its support for the Muslim Brotherhood.

In a move that is likely to provoke ire in the United States, Egypt and Russia this week agreed on a draft agreement that would allow the Russian air force to operate from Egyptian bases. The agreement would permit the UAE and Saudi Arabia to enhance arm’s length military cooperation with Russia, particularly in Libya where they support controversial military commander Khalifa Haftar.

Mr. Al-Sisi, following years of failed efforts to forge a politically controlled dialogue with Egyptian youth, has launched a two-pronged effort to control youth and sports organizations, potentially alongside Mr. Shafiq, the greatest threat to his continued rule.

Militant soccer fans, who played a key role in toppling Mr. Mubarak and student protests against Mr. Al-Sisi that were brutally repressed in 2013 and 2014, rejected several overtures by the president and have in recent months again witnessed the blunt side of his rule.

Hundreds of ultras — battle-hardened, anti-authoritarian fans opposed to the commercialization of soccer — were arrested in recent months for wearing jerseys with the number 74 on them in commemoration of supporters of storied Cairo club Al Ahli killed in 2012 in a politically loaded soccer brawl in the Suez Canal city Port Said. The incident, the worst in Egyptian sporting history, was widely seen as an effort by security forces that got out of hand to teach fans a lesson.

Another 500 members of Ultras White Knights (UWK), the militant support group of Al Ahli arch rival Al Zamalek SC, were arrested in July as they tried to attend their team’s match against Libya’s Al Ahli Tripoli. Many have since been released.

Many Egyptian clubs, including Al Ahli and Zamalek were founded in the early years of the 20th century as politically motivated groups and have retained their aura despite having long moved on. Al Ahli was established as an anti-monarchical, anti-colonial, and pro-republican club while Zamalek identified itself as pro-monarchy and pro-British.

Parliament’s gift was in advance of a World Youth Forum in the Red Sea resort of Sharm el-Sheikh, one of several such gatherings intended to give Egyptian youth a sense of participation, however limited, by connecting them to policymakers. While the law banned discussions where youth gather, the forum was held under the motto of “we need to talk.”

Saudi Arabia signalled the significance it attributes to control of sports clubs by having its ambassador in Cairo attend this week’s election of soccer icon Mahmoud Al-Khatib as Al Ahli’s president.

The absence of senior Egyptian government officials was likely intended to avoid attracting intention to the fact that the government, in violation of world soccer body FIFA rules, owns a majority of the country’s premier league clubs, and to its increased political control of the sport. FIFA has long looked the other way in countries like Egypt and Iran.

Mr. Al-Sisi’s tightening of the reins comes in advance of Egypt’s participation for the first time in 28 years in World Cup finals in Russia in 2018. Football success in the Middle East often equals heightened emotions in a soccer-crazy part of the world and amounts to a double-edged sword for autocrats.

Identification with successful teams offers autocrats an opportunity to polish their tarnished images, certainly if success sparks nationalist fervour. Yet, heightened soccer-driven emotion can also result in anti-government protest, one reason Egyptian stadiums have largely been closed to the public for the last six years. The new law governing youth and sports organizations is unlikely to reduce the risk of stadiums again becoming platforms of protest if, and when, the ban is lifted.