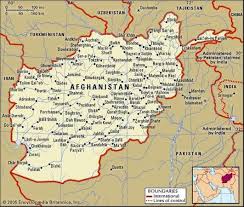 SYRIA, North Korea, and Yemen have largely dominated headlines. But Afghanistan also remains in the global conscience. If anything, the much-needed international focus on the campaign against the Taliban has outlined how difficult the fight has become, despite our steady military gains. Frustrated with what many are mistakenly calling a quagmire, international commentators either advocate for a quick-fix peace deal to withdraw from Afghanistan or engaging in a more intense military campaign. The latter is an understandable response, but even so, it is far from a complete remedy.

The war in Afghanistan is not being waged on the battlefield alone: If we are to emerge as a strong and independent democracy, the campaign for Afghanistan’s economy must stand on equal footing with the counterterrorism campaign. In fact, they are one and the same.

We can’t build schools during firefights; but without schools, the firefights will continue. Yet a disproportionate amount of international resources provided by each contributing country have been devoted to military operations at the cost of job creation and long-term economic development. But it is more jobs not just more bullets that will help persuade militant fighters to lay down their weapons.
Fortunately, Afghanistan is endowed with natural resources copper, iron ore, lithium, and other precious minerals and can largely finance its own development, though only if the country receives the necessary investment and technical assistance from the international community. Although Afghanistan has some $3 trillion worth of minerals, we lack the required transportation network to export these resources.
Building the necessary infrastructure railroads, highways, processing plants will not only facilitate the mining industry but also create jobs. A sustainable livelihood, no matter how small, will immediately weaken the insurgency and its base, a destitute populace, while a modern transportation network that links Afghanistan with its neighbours will spur long-term growth.

Drug production in Afghanistan is another key problem that can be addressed by economic development. We know from international experience that global demand for narcotics finds ready supply in nations where governance is weak, instability high and poverty rampant. But if Afghanistan’s agriculture sector is thoroughly revitalised, fewer farmers will rely on opium harvesting a dangerous enterprise to begin with to make a living. Instead, they could grow wheat, pomegranates, saffron and other high-value crops. As agribusiness becomes profitable and sustainable, it will drive down the cost of food for Afghanistan’s poor and raise rural incomes, which should in turn further weaken the insurgency in crucial provinces like Helmand and Kandahar.

Energy is another factor pivotal to earning the trust of Afghans. Without a comprehensive electricity grid, Afghanistan can hardly achieve a productive economy. The availability of electricity can open an incredibly large market for electronic goods, drastically expanding consumer consumption. Just as importantly, the Afghan people could finally reap the benefits of a globalised world through use of the Internet, to which less than 15 percent the population currently has access.

Further, corruption can be stemmed when the abuse of power is no longer necessary as a means of economic uplift. Corruption is a symptom, not a cause, of weak governance, which can only be strengthened when Afghan civil servants are adequately trained and paid competitive salaries on a sustainable basis. Right now, a driver at an international NGO or a United Nations agency earns at least five times more than a civil servant working for the Afghan government. Nor can this situation be improved unless more resources are channelled away from aid organisations into the Afghan national budget as an efficient mechanism of resource allocation.
John Bolton, now US President Donald Trump’s national security advisor, once argued that”religious fanatics, and their grievances, do not arise from poverty or deprivation.” To the contrary, many Taliban fighters join the insurgency simply to earn a living. A significant number of these”rented” Taliban can be made to turn swords into ploughshares if they are given alternative opportunities.
International security is closely tied to the nascent Afghan economy. Without stability, the Taliban will continue to enjoy widespread support and a base from which to attack international interests. If we rely on military might alone, how will the outcome in Afghanistan differ from that of US forces in Vietnam, the French in Algeria, or the Soviets in Afghanistan? Militaries alone simply cannot defeat insurgencies.
However, the good news is that Afghanistan has quickly recovered from an economic depression, which followed the withdrawal of international forces from the country in 2014. Thanks to the austere economic reforms introduced by President Ashraf Ghani, the Afghan economy is being transformed, as unprecedented economic legislation has been passed opening opportunities across new sectors and reducing bureaucratic bottlenecks that encourages regional and global businesses to invest in Afghanistan’s virgin markets.
Consequently, this year alone, Afghanistan has so far signed more than $500 million in investment contacts. It is estimated that the country will see a boost in its GDP growth from 2.5 to 4 percent in the coming years. To reinforce Afghanistan’s peace and war-fighting efforts, regional and global stakeholders should channel more of their aid resources to build on the Afghan economic recovery, helping the country create more new jobs for its youthful population. Doing so will effectively deny regional and transnational terrorist networks the opportunity to exploit Afghanistan’s rife poverty in order to continue to fuel their terror campaign in the country and the world over.

(M Ashraf Haidari is the Director-General of Policy & Strategy of the Ministry of Foreign Affairs of Afghanistan, and formerly served as the country’s Deputy Chief of Mission to India.)

The article appeared in the Qatar Tribune on April 18, 2018