Discursive crimes: The Idea and Examples from a South Asian Country 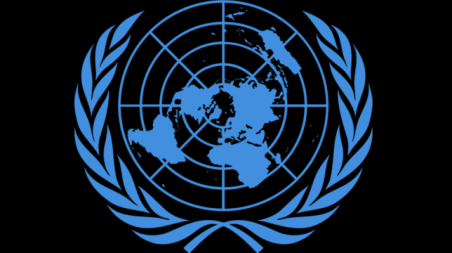 Nobody should be killed for exercising free speech: UN

This article is about discursive crimes and the contexts and processes of their determination.

So what are discursive crimes?

Discursive crimes are not entirely new; people have committed them across societies for ages. However, their character, dimension, and scope have changed significantly in our technology-dominated environment that has brought unprecedented opportunities for constructing, deconstructing, and mis-constructing truths about self, others, and other subjects of interest. Discursive crimes are crimes that people commit by using language or other semiotic tools such as cartoons, paintings, or photoshop engineering. Such crimes may also be committed simply by disseminating texts or images through social media or other channels of communication. Last month, a man was arrested in Sydney for committing discursive crimes in an innovative way. He had the racist orders given by Major General Macquarie, Governor of New South Wales (1810 to 1821), written on a paper, pasted on the Governor’s statue in Hyde Park in Sydney. The said orders led to the killing of over a dozen Aboriginal people in Sydney in 1816. The man’s discursive action was an agentive response to the ongoing Black Life Matter (BLM) movement.  Essentially, he relocated the racist words to their source, the White Governor, who gave the orders. However innovative it was, it was perceived as a criminal act – vandalism – deserving arrest by the police.

I would like to talk about the discursive crimes in Bangladesh.

In the changed political and discursive contexts, the definition of discursive crimes has changed significantly. In recent times, occurrences of such crimes have multiplied, drawing the attention of the media, both local and international, and human rights groups.

Lately, those who were alleged to have committed discursive crimes and brought to justice include, among others, newspaper editors, media workers, and university teachers. Even a minor, a 15-year-old boy, was not spared of the allegation of committing discursive crimes and was arrested. His ‘crime’ was related to discoursing about the top executive of the country, understandably not in a positive light.

The purpose of my article is not to comment on the legality of discursive crimes, as I don’t have the necessary background or expertise. What I wish to demonstrate through this article is that an action or behaviour becomes a crime when laws are enacted to define these acts to be so. Here I am applying my language teaching knowledge to understand the definition of such crimes. For example, an error is an error only when viewed against certain language norms. The Information and Communication Technology Act introduced in Bangladesh in 2006 is one such law that was used to define and act on discursive crimes. However, over the years the Act was perceived as inadequate in eliminating crimes that have been perceived by the authorities as such. Therefore, the Act was bolstered by introducing Digital Security Act in October 2018 to re-define those acts as crimes to “maintain law and order in society”. The number of arrests made in recent weeks using this law may suggest that so far as the authorities are concerned, it is working well.

Such laws themselves appear to be discursive acts that define the language behaviours that fall into the category of punishable discursive crimes. More precisely, these laws can be considered meta-discursive in the sense that discourses are used to define discourses. However, the point that I wish to make is that selectivity appears to be a key feature of the meta-discursive process, which also needs the mediation of an essential variable called power.

As a language education practitioner, I would like to examine the nature of discursive crimes from an academic perspective. This should give us an understanding of a particular kind of language use in society. In line with this aim, I would talk about some of the kinds of crimes that have been committed in recent times. I will also try to identify the perpetrators as well as the beneficiaries of such crimes—who are the people that are committers of discursive crimes in the eyes of the authorities, and, more importantly, who the law-enforcing agencies and their de facto and de jure affiliates seek to protect from such crimes. Hopefully, my analysis will develop a social awareness of discursive crimes and their implications for language education. 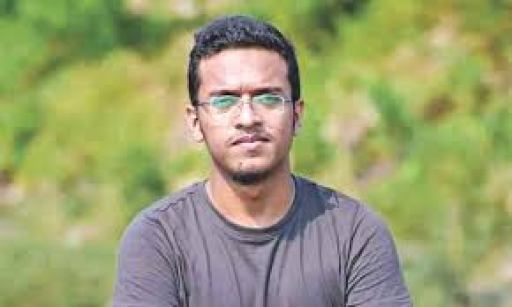 Abrar Fahad, a student at the Bangladesh University of Engineering and Technology (BUET) was beaten and tortured to death by the pro-government student group

Let me start with one of the most notable—if not the most horrific—cases of discursive crimes in recent history in Bangladesh. It’s the killing of a promising student called Abrar Fahad at the Bangladesh University of Engineering and Technology (BUET) on 7 October 2019 by a group of students of the same university who are members of the student wing called Bangladesh Chhatra League (BCL) of the ruling party. Abrar’s crime was related to language use (discursive), but apparently it was not against the state, the government, the ruling party nor against any of its office-bearer at any level. As the media reported, he made a post on Facebook questioning the fairness of a set of agreements signed between the Bangladesh Government and its Indian counterpart. In his view, the treaties were one-sided which served Indian interest at the expense of those of Bangladesh, his country. The discursive logic of the BCL activists was not straightforward but they might have interpreted that Abrar’s exposure of the inequity of the treaties between India and Bangladesh had the potential to damage the friendly relations existing between the two neighbouring countries and, more importantly, the image of the ruling party they represent. This was perceived to be a crime deserving punishment. They thus took upon themselves to punish the “perpetrator” of the discursive crime.

The BCL activists beat Abrar to death. Abrar’s crime was not determined by the use of the law; it was determined by the perception of the ruling party affiliates who also executed the punishment. It is true that the police eventually arrested his self-styled alleged punishers.

The point to note here is that in a normal world, Abrar’s Facebook post that critiqued India’s unequal treatment of Bangladesh would have been seen as a right of free expression of a concerned citizen. But in the present context, it received a different interpretation from the ruling party activists. 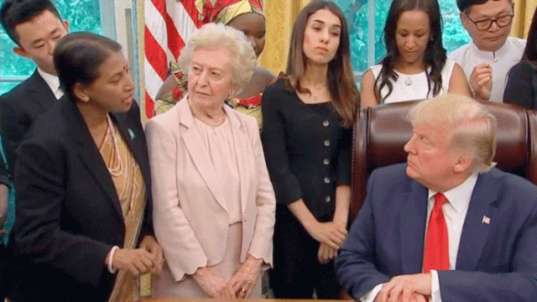 Priya Shaha of Bangladesh Hindu-Bouddha-Christian Oikya Parishad (BHBCOP) told Mr. Trump about the persecution of minorities in Muslim-majority Bangladesh that, according to her, included, among other things, the disappearance of 37 million Hindus, Buddhists, and Christians from Bangladesh in the past decades.

Here is another example of the selectiveness of discursive crimes that attracted a very different response. An organizing secretary of the association of religious minority communities called Bangladesh Hindu-Bouddha-Christian Oikya Parishad (BHBCOP), Ms. Priya Saha, attended the Second Ministerial Meeting to Advance Religious Freedom in Washington, DC on July 16-18 2019. Like many other activists from other parts of the world, this BHBCOP representative, Ms. Saha, had the opportunity to meet President Donald Trump. Without evidence, she verbally reported to Mr. Trump on the persecution of minorities in Muslim-majority Bangladesh that, according to her, included, among other things, the disappearance of 37 million Hindus, Buddhists, and Christians from Bangladesh in the past decades. She also requested the US President to intervene. Ms. Saha’s reporting to Mr. Trump was understandably troubling for the Government in Bangladesh. Some high-profile ministers showed their immediate reactions: They claimed that her manner of expression and the language she used (her discursive act) was an act of sedition and therefore she should be brought to justice on her return from the US. Eight sedition cases were filed against her across the country. However, this initial definition changed overnight by the intervention of a meta-discursive authority. All cases against her were dismissed and they disappeared. Ms. Saha, however, has not returned to Bangladesh since. Here is another example that shows the selective nature of the meta-discursive process underlying discursive crimes. If some other people had done the same language work, would there have been different outcomes? Crimes against the state are not taken lightly in Bangladesh, as in many other countries. Yet another example of discursive crimes that are defined and mediated by power involved the editor of the Daily Sangram, a daily Bangla newspaper. The editor was arrested on 12 December 2019 for using the word “martyr” to describe a “convicted” war criminal (many national and international jurists have since questioned the veracity of the trial process) who was hanged to death several years ago. The editor’s arrest was probably deemed insufficient. His “crime” also led to vandalizing the newspaper office in Dhaka and burning copies of the newspaper, reportedly by the BCL, the ruling party student activists. This crime is clearly about the choice of words in which one party, the editor, did not see anything wrong but other people with links to the government found the choice of the word to be a punishable crime. From a language point of view, the scope and the amorphous character of the crime is noteworthy.

The fluidity of discursive crimes and the mediation of power

In sum, discursive crimes are fluid in nature and are defined to suit mainly the need for ruling power, especially in countries where governments are either autocratic or are populist regimes that derive strength from a critical mass of the populace. In other words, discursive crimes are difficult to define as the epistemological foundations of such crimes are linked to power and therefore, fluid. The processes of defining such crimes are not arbitrary but highly discretionary.

Second, discursive crimes at times supersede crimes against humanity. As was evident in Abrar’s case, his right to express and right to life was denied by a group of people who interpreted his discursive freedom to express his views, a criminal act, and thus punishable. Finally, discursive crimes seem to be committed by those who are outside power, who commit such crimes probably out of uncontrolled frustrations and/or resentments against what they perceive as unfair and against the use of power that hurts the interest of people at large or group interest.

Returning to my academic concern, the question that I ask is – who ultimately benefits or loses from the processes of defining, re-defining, and acting on discursive crimes in practice as reported in this article? And what are the implications of these processes in promoting citizens’ critical thinking which is an essential feature of democracy and, more importantly, a skill that is key to progress in the 21st century?

Dr. Obaidul Hamid is a Senior Lecturer in the School of Education at the University of Queensland, Australia. He researches language, education, and society in the developing world.