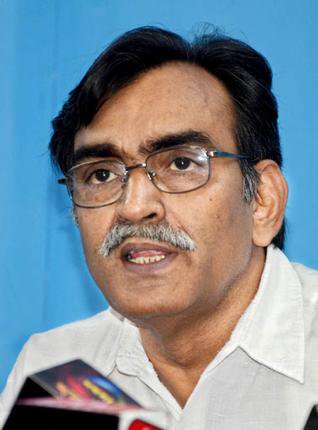 Even a few months ago, if one were to do election forecasting in West Bengal, few would have predicted any contest. The Trinamool Congress led by Mamata Banerjee was widely seen as the undisputed winner –  well on the way to repeat or even better the 2011 Assembly election performance that brought the once unvanquishable CPM-led Left Front to its knees. While almost all opinion polls till date still predict a TMC victory, the race appears to have tightened a lot.

What has happened in between is the grand alliance between the CPM and the Congress– two parties which were sworn enemies in West Bengal for decades (and in some cases, still are).

Mamata Banerjee‘s Trinamool’s unprecedented success in the 2014 Lok Sabha polls, winning 34 out of 42 seats, happened due to a divided opposition. The CPM’s party organization was in dire crisis in wide areas of West Bengal and needed a tonic to be back in the fight. The Congress strongholds were also under pressure from Mamata Banerjee’s Trinamool, with major defections helping the ruling party make inroads into areas that Congress held in the 2014 Lok Sabha elections.

While an alliance between the CPM and the Congress can be painted as opportunistic and unprincipled from an ideological standpoint, politics is also the art of survival. Thus, in many ways, the CPM-Congress alliance was the only political manoeuvre left to these two parties facing Trinamool as the common foe. All in all, with a few hiccups from Left Front partners like the Revolutinary Socialist Party (RSP) that has refused to be part of an alliance with the Congress, the tactic seems to be working well – both politically and at the grassroots.

What does that reveal?

The combined vote share of the Congress and the CPM-led Left front in 2014 was 32.3%. The Trinamool polled 39%. While this is a big difference, we have to remember that 2014 Lok Sabha election was unusual in the sense that the ‘Modi wave’ did create a small ‘Modi ripple’ in parts of urban West Bengal helping BJP get an unprecedented 17% vote share. At present, even that ripple has evaporated and the BJP might find it hard to even cross the 10% mark. It can be safely assumed that the 2014 Modi-bump in West Bengal will go back to their natural political homes and that is mostly the Congress and the CPM, since a typical BJP voter is also a stridently anti-Trinamool voter. Thus, we have to look at the 2011 elections results, to get an estimate of the combined strength of Congress and the CPM-led Left Front, without the one-off Modi-bump of 2014.

It must be mentioned that in the 2011 Assembly elections, the Congress was in alliance with the Trinamool so that does not necessarily give the totally accurate estimate of the Congress’ electoral strength. Be that as it may, taking the 2011 vote shares at face value, the combined Congress and the CPM-led Left front vote share was more or less equal to that of the Trinamool vote share in 2011 and 2014.

Now that the alliance is a reality, this has created some tension in the Trinamool camp and has energized the Opposition. The Trinamool is also the party in power and hence, if there is any anti-incumbency factor at play, it might bring down the Trinamool vote share. In that scenario, in terms of just vote shares, the Alliance would be ahead. However, there is are multiple catches.

But the biggest hindrance in translating vote shares into a victory for the alliance lies in the geographical distribution of the opposition votes. If the Indian Union elections followed a proportional representation system that awarded seats based on vote shares totalled over a state, the alliance would have been better off. But that is not the case. We have a first-past-the-post system in place. Hence, the highest vote-getter in a constituency wins.

Whether the winner wins a constituency by 500 or 5,000 or 50,000 votes, it does not matter. The net result in terms of seats is the same. This is a problem for the alliance. In the districts of central Bengal like Malda and Murshidabad, in many areas, the Trinamool is hardly the dominant force. It is the third or even the fourth largest force in certain areas. A Congress-CPM alliance in these areas would mean wins by huge margins, which contribute to the vote shares that were cited earlier, but these big wins will mean proportionally higher number of seats. Thus, the apparent vote share advantage that the alliance has, may not have its fullest impact in terms of number of seats.

We might even have a scenario where the Trinamool overall has a marginally higher number of seats while getting marginally lower vote share compared to the alliance. The real decider in these elections will be the electoral outcome in South Bengal. If the alliance is able to increase its vote share here beyond 2011 numbers, Trinamool may be in for trouble.