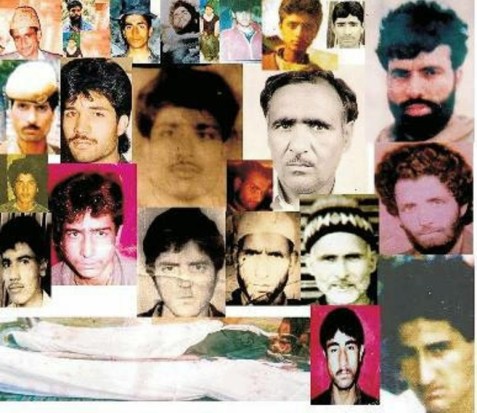 Cops kill them; they (rebels/militants) kill the cops. The courage is under fire, the livelihood at stake, the mothers are wailing, appealing to militants hands folded on social media after abductions of their sons with least hope that their sons return alive. Cops mostly SPO’s are resigning from jobs and announcing it on social media like hopeless victims. The belted forces and rebels both are uncertain about their lives, the police job is becoming a vulnerable job but the show goes on amid the dance of death every day. This is today’s Kashmir. We are perhaps at a stage where we have stopped asking sane questions or are killed for asking them. A new kind of sociology is at play and a new dreadful narrative is being written-the narrative of hatred and a narrative of civil war though it is not the one in real sense as the community still lives peacefully without contradicting or fighting each other. They fully know the problem is something else. Rumours are taking a heavy toll on peace and new life threats are increasing and shaping uncertainty all around. The only solution so far the state has found to the problem is to gag the internet (e-curfew) every time. Perhaps more than the crisis, it is the crisis mishandling that is costing Kashmir and its peace prospects today. The agency of civil society, other pressure groups, Human rights watch, mainstream leadership, media, etc everybody watching it all like mute spectators and politicians often use twitter to express their anger and show their writing skills more than the leadership skills. Even when they switch over from one party to another purely for their own selfish interests, they call it a huge sacrifice made for people of Kashmir and even presume people believe their bluff.

Cops and the Society

As per a media report about 40 SPOs and policemen have resigned and uploaded it on social media owing to life threats while Centre calls it propaganda and government believes that the figure doesn’t matter when it has 30000 SPO’s working. The circumstances prevailing have even reduced a cop to the most vulnerable being in the contemporary Kashmiri society. While his fellow colleagues are doing a different duty in Jammu and Ladakh, in Kashmir he has been turned into a combat force fighting the armed militants. He is now the declared enemy in the eyes of the society he belongs to and this comes further with lots of challenges for him and his family. His livelihood has tuned to a monster therefore shaping yet another version of a more dreadful valley where the locals kill or hate locals and sometimes even play arrest and abduction game with each other’s kins as well. It cannot be left to go as such and has to be theorised properly and then put to action. Since the state has lakhs of unemployed educated youth and a chunk of whom used to get absorbed/recruited in police department but the current scenario has posed a greater threat to this option as well. It has to be seen from that perspective as well.

Violence is a new consumable item along with cold drinks and Wazwan. A culture of silence amid the sane voices has also crept in due to security apprehensions. At any given moment in the valley, if there is a violent action (Killing of cops) taking place it is overtly accepted and covertly condemned at the same time? However the case is different when rebels are killed, it is condemned both overtly and covertly by locals reflecting the ideology and values. Encounters are a routine affair now and blood spills every day. Perhaps it is a new culture of the consumption of violence where even abhorrable things don’t hurt our collective sensitivity and perhaps within us we realise that it was bound to happen and may happen soon again. The graphic videos and images on social media get circulated easily and are watched by millions without any further realisation. We have started consuming violence through social media and to us perhaps nothing is sensitive-thanks to the decades of the conflict and new media. The prolonged conflict fatigue among masses somewhat has normalised these violent happenings and thus violence even against the locals is becoming a new normal. Even the Bank security guards are vulnerable now. I presume a plethora of social conflicts within one political conflict are emerging and will disrupt the society further.

The Fallacies vs the Truth

The lives are lost each day, each side justifies itself and public remains silent as usual except a few loud mouths on social media. Those with a security cover condemn rebels and those without choose to remain silent. The outsiders write columns fearlessly that are mostly devoid of any grass roots reality and deeper understanding of the context for they know it is not going to affect them anyway. The connecting thread (humane sympathy) between us and them (Kashmiris and the rest) has vanished long back. The army-civilian dichotomy is quite visible with a high intensity enemy perception and now the cops’ vs the rest is becoming yet another social pathology which indicates that the conflict has started consuming the local ethos as well. It is turning costlier now both socially and morally. Standard operating procedures have perhaps been reduced to theoretical procedures only which is why barging in people’s houses any moment any time, beating the family members irrespective of male or female, breaking and sabotaging the household items, breaking window panes, etc is also a reality. Let us realise these horrible acts, short term rage, revenge, divisions and labels are not solutions thus we have to find solutions rather than talking Wahabism, Islamic extremism, ISIS, etc. Kashmir is not a radical hope; it is a human rights crisis at the moment that needs some humane tackling.

One more fallacy is that the very political issue is constantly branded as a radical narrative. It is not radical as per masses therefore the communication has to be different. Branding it Islamic every time is an effort to gag voices and suppress the dissent. The objective should not be merely to make some guy to surrender but what leads young men to take arms and join rebels’ needs a serious thought. Healing touch and embracing Kashmiris is still not happening on the ground let alone practicing Insaniyat, Jamhooriyat and Kashmiriyat in the conflict torn valley. The hasty branding leads to mishandling it all and the pot keeps boiling. The ISIS theory has proven a military myth recently therefore experts should stop branding the whole crisis as an Islamic extremist onslaught. There are other fallacies and misdiagnosis on a range of perspectives and social realities which have been spread by media and need to be debunked besides political and other misadventures responsible for moral travesties.

Making Sense of the Current

The current situation in the Kashmir valley should not be left to military experiments only but needs talks and talks should not be delayed purely for ego clashes. Stop making Pakistan feel important always by abandoning talks time and again. Even if Pakistan is not involved the leaders representing masses in Kashmir should be sincerely consulted and talked to in order to make peace for humanity if the Centre is really serious on making peace in Kashmir. Also waiting for peace at the border plainly means reluctance to talk as it may never happen given the nature of the neighbour. Enough of lingering drama, there has to be some fixity to dialogue theory now. Even many Kashmiris today feel that dirty war games are being played as conflict situation is proving heaven to such uncertainty. Anybody is killing anybody and everybody brands it killed by unknown gun men, the case is registered and that is it.

The problem is that the valley at the moment is full of questions but without any answers and youth is really agitated, confused and alienated about it. Is anyone bothering really what Kashmiri youth really think today? They are cops, they are rebels, they are main stream and they are separatists’, they are students, they are unemployed, they are agitated about the happenings on routine basis, they face arrests, their career is at stake, no solution is coming out, they are frustrated and feel choked and suffocated by the mess everywhere. They feel tortured and alienated where ever they are? They feel ostracised by the system and feel for their lost dignity. They throw stones in rage but get jail instead of listening to their aspirations. They have been left alone to fend for themselves and the whole suffering of monster Kashmir issue has been left to them. They are dying both ways as rebels-protesters as soldiers leaving behind dependent wives, children and aged parents wailing for the life time. Kashmir is at loss whosoever dies. One can for sure say that conflict analyses is going somewhere horribly wrong in Kashmir that is why the turmoil  is escalating more day by day without any apparent solutions.

The question is that if nobody wants violence in Kashmir then why violence is prevailing still all around. Every social institution of the valley is heavily suffering due to this uncertain and insecure atmosphere. Family has suffered to the core and the social fabric is under tremendous strain, the institution of marriage has got reduced to widows and half widows, helpless aged parents, orphans and merciless dependency and poverty. Youth is in utter chaos, drug addiction is increasing fast, education is in tatters, poor economy and unemployment have created a surplus of crises. The dignity of the energetic youth is questioned everywhere, the insecurity is everywhere and the arrest spree continues which further fuels anger among youth who keep protesting. The need of the hour is to look for a sustainable peace building approach so that the routine bloodshed is ceased. Only hollow announcements, undelivered packages and all time muscular policy is not the remedy to the current chaos and cannot heal the wounds. There has to be a proper strategy and solution policy otherwise the trauma and alienation among youth will keep increasing with its devastating ramifications.

[The article was originally published in Kashmir Times]