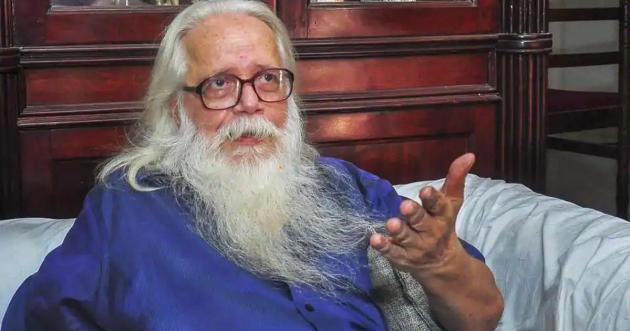 In India, the alarmingly low conviction rate in criminal trials has given rise to the concern of how the wasted life of victims and the harassment caused to the under-trial can be compensated. There are two aspects for the accountability and compensation for false and vexatious litigation or prosecution, the first making prosecution agency accountable for failed prosecution due to shoddy investigation or lack of evidence, even in some cases non-application of mind in preparing charge sheet before court. The second aspect requires even more attention if convicts get acquitted on the merit of evidence how the wasted life can be compensated. In India where the number of under-trial prisoners is more than convicted and some of them are so poor that they cannot even arrange money/surety, even though the court has ordered them to be released on bail, the idea of compensation for such victims of false litigation requires immediate statutory remedy.

Recently plea filed by Ashwini Updhaya and Kapil Mishra in the Supreme Court of India seeking directions under Writ Jurisdiction to the government for framing guidelines to compensate victims of wrongful prosecution further to ensure strict action against fake complainants in criminal cases, “use its plenary constitutional power to frame the guidelines for compensation to victims of wrongful prosecutions and direct the Centre and states to implement them till the recommendations of the Law Commission on the miscarriage of justice are implemented religiously“.

There has been provided under Section 482 of Code of Criminal Procedure, 1973 the inherent power of the High Court, to make such orders as may be necessary to give effect to any order under this Code, or to prevent abuse of the process of any Court or otherwise to secure the ends of justice. The High Court’s inherent powers, both in civil and criminal matters under Article 226 of the Indian Constitution, are designed to achieve a public purpose which is that a court proceeding ought not to be permitted to degenerate into a weapon of harassment or persecution. Thus, if in the opinion of the Court that there is no prima facie ground made against the accused and the complaint lodged against the accused is vexatious, then the Court by using its inherent power vested under section 482 of the Code of Criminal Procedure, 1973, may quash the F.I.R. But this involves costly and lengthy litigation and there are very few people who have such capability to approach such a high judicial forum, in addition to it this provision only serves basically the case at the complaint stage and is cannot be instrumental in prosecution and awarding compensation for false cases.

Although there has been provided under Article 21 of the Constitution of India which says that, “no person shall be deprived of his life or personal liberty except according to procedure established by law”. Despite this, there is a number of instances of avoidable cases of incarceration where people are wrongfully implicated and even an acquittal has no meaning after lengthy and tiring litigation. The victims of such a grave ‘miscarriage of justice’ are having limited statutory remedies with them. The only substantial legal remedy available is by filing a suit for the tort of malicious prosecution, but the noteworthy thing here is that the liability should be fixed not only of the State but also of the public officer who has investigated such case.

The Law Commission of India in its 277th report has exhaustively described the qualification for wrongful prosecution, “since the qualification threshold of this standard is wrongful prosecution, it would include both the cases where the person spent time in prison as well as where he did not; and cases where the accuses was adjudged innocent by the trial court or where the accused was convicted by one or more courts but was ultimately found to be not guilty”. The statement of Commission in Para 5.13 of the Report is inclusive of all stages of prosecution which interestingly, as it is understood includes trial, revision, and appeal period. The recommendations made in the report still have not been made a legal provision, the Report specifically proposes an addition under Section 365A of Code of Criminal Procedure, 1973 of India for payment of compensation to the victims by the State. In this context, the report also compares the different models of accountability and compensation by the State and institutions which are already in practice in countries like Germany.

The plea filed in Supreme Court again has brought this gap in victim compensation due to false litigation in India, it is expected that irrespective of the outcome of the plea legislature will frame a legal framework for compensation to victims. As also it is the duty of the welfare State and the moral obligation of the Executive to introduce such bills in Parliament so that it will not only achieve the moral of the Welfare State but also the legal provision will act as retributive and deterrent to vexatious litigation.