The February 7 flash flood in the Rishi Ganga river in the Himalayas has shone a spotlight on the deadly combination of climate change and ill-planned roads and dams. The latest death count is 68; bodies are still being taken out of the hydropower project tunnels next to the destroyed Tapovan dam; and after two weeks the local government has stopped searching for the 136 people still missing, who are now ‘presumed dead’. 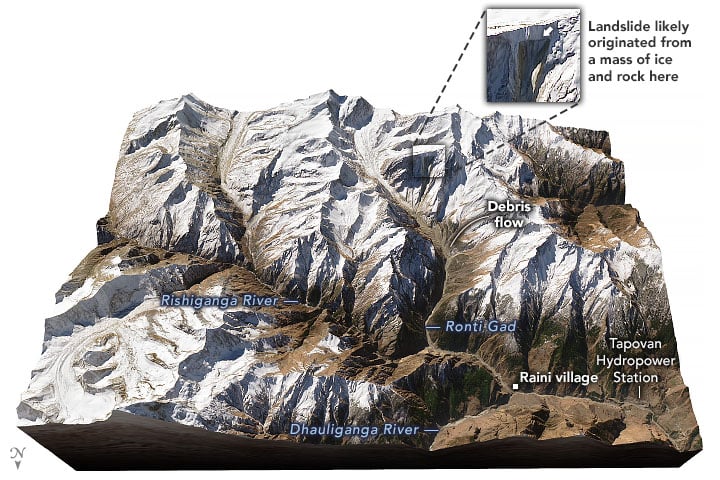 A majority of scientists now believe the flash flood in Uttarakhand, India, was caused by a landslide. Dave Petley, noted landslide expert and pro vice chancellor of the University of Sheffield in Britain, has estimated from satellite images that a 550-metre-wide block of rock, ice, snow and soil cracked off from a mountain peak and fell 1,800 metres into the Rishi Ganga. 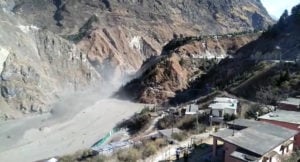 That started the flash flood. The place where the rocks and ice had fallen into the river has now formed a lake. At one point it is nine metres deep, according to divers from the Indian Navy. The lake water was draining out naturally at a relatively slow rate, so its mouth has been widened from six to 10 metres to enable faster drainage.

The India Meteorological Department has said January temperatures in Uttarakhand were the highest in six decades. Scientists say one effect of this in permanently iced zones such as the high Himalayas is to widen cracks between rockfaces as the ice covering softens and freezes more rapidly, and this can lead to more frequent landslides. The February 7 landslide was particularly severe because it was along a very steep slope.

Neither dams and tunnels being built for hydroelectricity projects nor roads can be blamed for the landslide and the consequent flash flood. But the projects and ill-planned roads were responsible for the extent of the damage.

The first dam encountered by the flash flood was the Rishi Ganga hydroelectricity project. The force of the water and the impact of the rocks being carried downstream in the flood destroyed the dam and all surrounding buildings and killed those who had not managed to clamber up the banks.

The flood now also carried huge chunks of broken concrete which added to the rocks and water smashing into the next dam downstream, that of the much larger Tapovan hydroelectricity project. This dam broke as well, the rocks, concrete and debris filled the tunnels, trapping workers inside.

The most obvious lesson is the danger of building a cascade of dams in a river basin, as is being done in the Himalayas by India, Pakistan, China and Bhutan and is being planned by Nepal. This leads to cascading impact of a flash flood as well, because the flood is now carrying the debris from the dam upstream.

India’s environment ministry says that with the ministries of power and water resources (officially called Jal Shakti), it has now prepared a joint policy for the seven hydroelectricity projects that are under construction at a height of 2,000 metres or more above sea level. It says this policy will be submitted to the Supreme Court in July. India’s top court had asked for a joint policy almost six years ago.

In the wake of the devastating floods that killed over 5,700 people in Uttarakhand in 2013, the Supreme Court had halted all hydroelectricity projects being planned in Uttarakhand, but allowed eight projects already under construction to be continued. 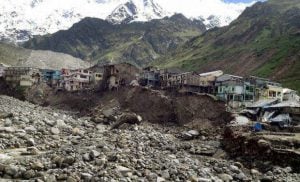 Before the 2013 floods, the authorities had planned 69 hydroelectricity projects in Uttarakhand. Out of that, the environment ministry had cleared 24 projects when the floods occurred.

After ordering a halt to all 24 projects, the Supreme Court had set up an expert committee and sought recommendations.

Ravi Chopra of the Dehradun-based Peoples’ Science Institute had been asked to head the committee. In the wake of the 2021 flood, he recalled that the committee had recommended scrapping 23 of the 24 hydroelectricity projects that had been cleared by the environment ministry.

The hydroelectricity projects about which the three ministries have now prepared a joint policy include the 520 MW Tapovan project which has been destroyed. It also includes the 444 MW Vishnugad Pipalkoti project, just a few kilometres downstream of the Tapovan project. 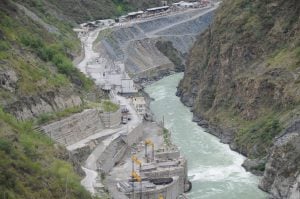 RECOMMENDEDHydropower in the Himalayas: the economics that are often ignored

Petley from the University of Sheffield has recently pointed out that construction of hydroelectricity projects has also led to devastating landslides in the Himalayas – Mangdechhu in Bhutan, Taining County in China, Upper Madi in Nepal and Punatsangchhu-I in Bhutan, where an entire hillside slipped into the spot earmarked for the dam.

How not to build a mountain road

The most obvious need for people living in the Himalayas is good road connectivity. But the way roads are built in the mountains ignore the norms set by the same government that builds the roads, not to speak of the warnings of independent experts.

India has a National Mission for Sustaining the Himalayan Ecosystem (NMSHE), part of its National Action Plan on Climate Change. There is an entire section on “Green Road Construction” in the NMSHE mission document. Read it below:

This section has been a part of the NMSHE mission document since 2010, but a glance at any road being built in the Himalayas will show that these norms are not being followed. Since 2013, this correspondent has been regularly asking officers of the Border Roads Organisation, which builds most of the roads in the region, whether they were following the instructions. Two senior officers have professed ignorance of these guidelines.