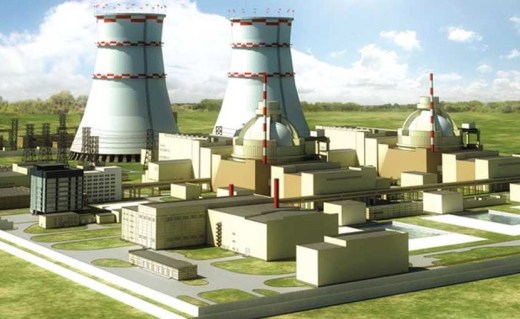 India signed a tripartite agreement for the first time with Russia and Bangladesh for civil nuclear cooperation on March 1, 2018. Nuclear Power Cooperation of India Limited (NPCIL) is intended to play an active role in the construction of a nuclear power plant with the proposed supply of equipment, being built by Russia in Bangladesh. Simultaneously, India would train Bangladesh’s nuclear scientists for the project.

The agreement was signed in Moscow by Deputy Director General of Rosatom (Russia’s Alex civil nuclear body) Nikolay Spassky, Ambassador of Bangladesh in Russia S.M. Saiful Hoque and Indian Ambassador to Russia Pankaj Saran. Furthermore, Rosatom will construct a nuclear power plant in Bangladesh on a contract basis and assist in the design, production, and supply of equipment, installation, pre-commissioning, and commissioning, Rosatom officials said.

It has its unique combination of active and passive safety systems providing the maximum resistance against external and internal impact, including tornadoes, hurricanes, earthquakes, and a plane crash.

Earlier, India established its nuclear power plant station and operated the Kudankulam Plant built by Russia’s assistance and participated in the Russian project in Bangladesh. Indian companies may be involved in construction and installation works and the supply of material of non-critical category in this project, officials told Economic Times. “Today was a landmark event for both of our countries – and the industry as a whole.

We are confident that this is the first step toward the formation of a new, forward-looking cooperation agenda in the region,” Spassky said. This would be the first nuclear power plant in Bangladesh. India and Bangladesh have smooth trade ties and would be sharing the excellent working experience with Russia in the field of civil nuclear energy.

This tripartite civil nuclear cooperation between Russia, India, and Bangladesh would be the first occurrence where New Delhi will be involved in a civilian nuclear project in Bangladesh. This demonstrates India’s entry into nuclear mainstreaming. At the same time, India is promoting its “Make in India” initiative in its proposal to Russia to make nuclear power reactors in India.

US global influence is relatively declining, and other emerging powers such as Russia, India, and China are pursuing their strategic interests globally and regionally. In this changing global international political environment, Pakistan is also seeking its partners other than the United States such as Russia and China. Pakistan’s policymakers must accommodate the country in regional developments through joint ventures with Russia, China, and Bangladesh, etc. to avoid any of India’s policies to isolate it from the regional politics.

The Rooppur Nuclear Power Plant involves two units, each with a capacity of 1200 MW and is situated on the bank of Padma River. It will be based on VVER-1200 reactors of the 3+ generation technology which is the most powerful reactor in Russia.

Pakistan is an energy starving country; it should formulate its policies to attract Russia to civil nuclear cooperation. Russia is India’s traditional defence partner since the Cold War era. Last year in April 2017, India announced a $4.5 billion line of credit for development projects in Bangladesh and another $500 million for defence hardware purchases for Dhaka to deepen political and strategic ties between the two countries, during Bangladesh Prime Minister Sheikh Hasina’s visit to India.

Both countries have no steady and trusted relationship with Pakistan, and their growing ties are giving an impression that they are deliberately isolating Pakistan from regional politics. Earlier, Indian Atomic Energy Commission chairman Sekhar Basu said at the 61st general conference of the global nuclear watchdog IAEA, “We are collaborating with our Russian and Bangladeshi partners on establishing Rooppur Nuclear Power Plant in Bangladesh, in Sep 2017 as India’s first atomic energy venture abroad. Now, this initiative has been signed formally.”

The Rooppur Nuclear Power Plant involves two units, each with a capacity of 1200 MW and is situated on the bank of Padma River. It will be based on VVER-1200 reactors of the 3+ generation technology which is the most powerful reactor in Russia. It has its unique combination of active and passive safety systems providing the maximum resistance against external and internal impact, including tornadoes, hurricanes, earthquakes, and a plane crash.

With active efforts underway, it will be interesting to see if Bangladesh and India are successful in isolating Pakistan in the region. Should Pakistan now focus its attention on improving ties with Russia?