China’s overshadowing profile in the East! 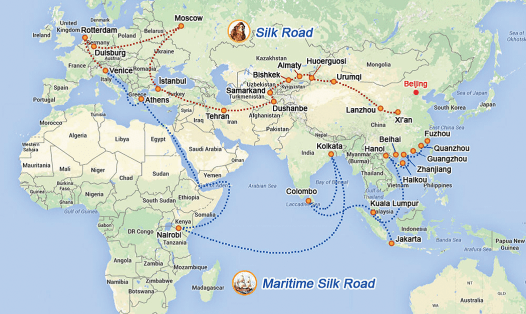 Undoubtedly China has successfully established several grand examples of unparalleled growth and progress surpassing all countries in South Asia as well as the whole world. Its fast-progressing economy, state of the art achievements in the field of science and technology and achieving a problematic target of child-birth control have altogether put lasting impressions among careful observers all the world over. Another area of its marvelous progress relates to its formidable military power with latest generations of lethal weapons and armaments including nuclear weapons.

Indeed the Chinese pomp so earnestly built over the years of stupendous effort would also be a chance for Mr. Xi to showcase his “China Dream” – a vision of his nation joining or perhaps supplanting the United States as a hyperpower leading the world. In fact, Chinese leaders have consistently been making sincere efforts to project themselves as equals to American leaders exercising considerable influence not only in the region but also in the whole world. Apparently all these recent developments along with rising economic presence and aggressive militarist assertions in entire Asia and elsewhere have projected Beijing as an upcoming hegemonic power in the world, particularly in the context of eastward shifting global geopolitics.

Unfortunately, Beijing’s aggressive, imperialist-expansionist and assertion-oriented foreign policy in Asia-Pacific, Southeast Asia, and South Asia have aggravated the persisting fear about its real intentions. Though, Chinese President Xi’s initiative of the grand “Belt and Road Initiative” may be puzzlingly named, but its message is clear – hundreds of billions of dollars of Chinese money are to be invested abroad in railways, ports, power stations and other infrastructure that will help vast swathes of the world to prosper. Also the New Maritime Silk Road and Economic Belt too is an exercise for achieving a quantum jump from a regional power status to an unquestioned Supreme Grand Power, like the ancient Roman Empire or the modern British Empire or a global hyper hegemon, with a view to surpass the USA and also to control not only politico-military and economic power but also to command the ideas and ideals of people across the whole world.

Indeed, Beijing is making use of geo-economic, geopolitical, cultural, geographical and even military instruments in its favor to realize its goal. With its emerging Road and Sea architecture, China is trying to erect a geo-economic, politico-military and geo-political build up across continents of Asia, Europe, and Africa by underlying socio-cultural similarity and geographical contiguity. All these achievements besides, President Xi, has not yet succeeded in removing suspicions about his real intentions as the world still regards him a power-hungry autocrat leading a country, suffering the stigma of Middle Kingdom Complex.

And that is further testified as within his country, President Xi’s instincts are at least as illiberal as those of his Russian counterpart Vladimir Putin who has had successfully uprooted his political rivals and has firmly consolidated his unchallenged position in today’s Russia. Indeed, the collapse of the erstwhile Soviet Union haunts him most, and that traumatic feeling of insecurity has deep imprints upon his mental framework. He distrusts not only his rivals to whom he has boldly shunted out through selective purges out but also those of China’s fast-emerging, smartphone-wielding middle class. He seems determined to tighten control over Chinese society, not least by enhancing the state’s powers of surveillance and indirect control and to keep the commanding heights of the economy firmly under the party’s thumb. Unfortunately, there is an alarming rise in the cases of Human-rights violations as they have grown worse under President Xi’s regime, with a bare murmur of complaint neither inside nor outside the country.

President Xi is also making his all-out efforts towards projecting China as an unprecedented military power not only in entire Asia but also in the whole world. As he has already opened Chinese first foreign military base in Djibouti and has also sent the country’s navy on maneuvers ever farther afield towards NATO’s doorstep in the Baltic Sea alongside Russia’s fleet, besides establishing military bases including airstrips for combat aircrafts in the South China Sea by creating artificial reefs therein.

Although China preaches that it will never invade other countries to impose its will (apart from Taiwan, which it does not consider a country and India’s north-eastern state, Arunachal Pradesh to which it assumes its territory and also the entire South China Sea), yet its continuing base-building efforts, particularly in the East, are meant exclusively to expand its clout and hegemony in entire Asia and beyond, under an ostensible cover of providing support to peacekeeping, anti-piracy and humanitarian missions or as sole defensive operations.