China’s attempts to alter status quo will ‘damage’ peace along LAC, can have ‘repercussions’, warns India

The warning comes a day after the Ministry of External Affairs said that China’s repeated incursions into Indian territory this year has been in ‘complete disregard of all mutually agreed norms’. 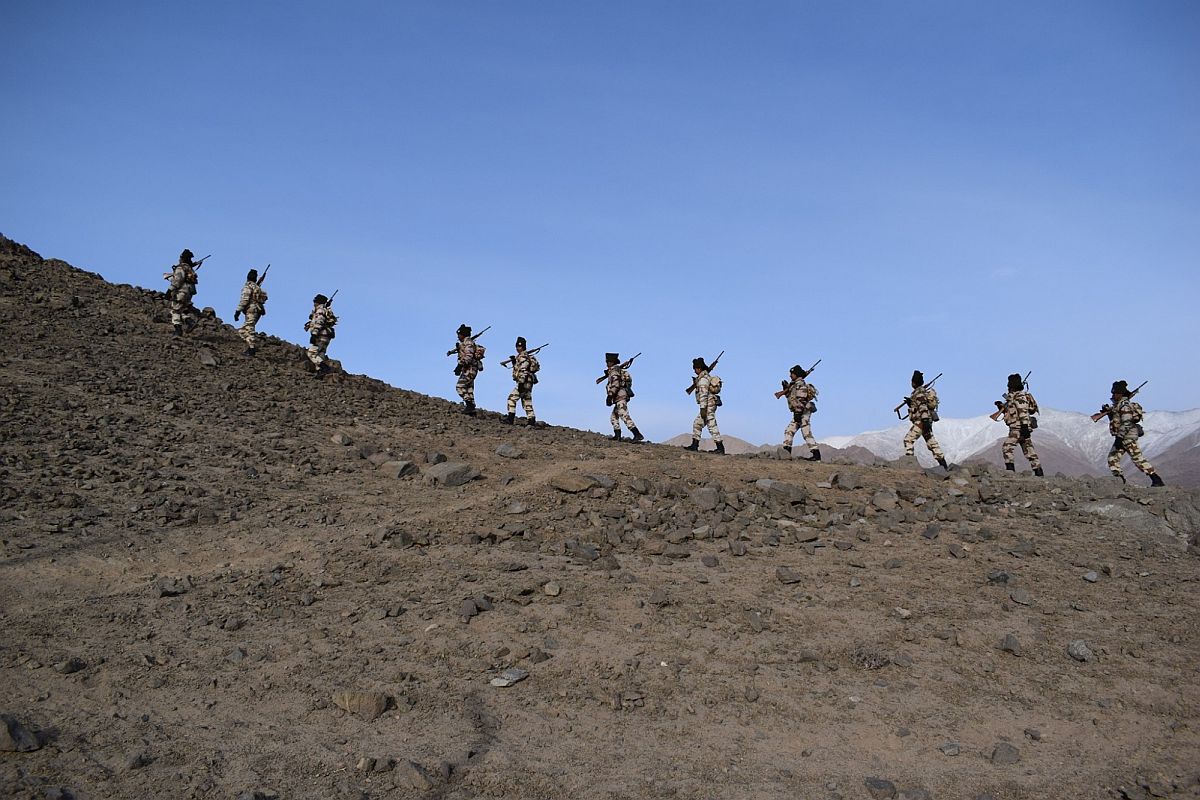 India’s ambassador to China, Vikram Misri, dismissed Beijing’s claim of sovereignty over Galwan valley in Ladakh as ‘completely untenable’, and asserted that these kinds of exaggerated claims are not going to resolve the situation. (Representational Photo: IANS)

India on Friday warned China that trying to alter the status quo on the ground by resorting to force will not only damage the peace that existed along the Line of Actual Control (LAC) but can also have “ripples and repercussions” in the broader bilateral relationship.

The only way to resolve the current military standoff along the LAC in eastern Ladakh was for Beijing to realise that trying to “change the status quo by resorting to force or coercion, is not the right way forward,” India’s ambassador to China Vikram Misri said in a hard-hitting interview to PTI.

The warning comes a day after the Ministry of External Affairs said that China’s repeated incursions into Indian territory this year has been in “complete disregard of all mutually agreed norms”. This came in response to Beijing’s claims that India is to be blamed for June 15 violence at Galwan valley in which 20 soldiers died.

The Centre further asserted that the stopping of India’s “normal, traditional patrolling pattern” in the Galwan valley area by Chinese troops in early May led to a tense situation across the Line of Actual Control (LAC) and caused the relationship between two countries to deteriorate.

Meanwhile, asserting that actions taken by the Chinese forces on the ground have damaged “considerable trust” in the bilateral relationship, Indian envoy Vikram Misri added that it was entirely the responsibility of the Chinese side to take a careful view of the relations and to decide which direction the ties should move.

He also noted that maintenance of peace and tranquillity “on the border is sine qua non for progress in the rest of bilateral relationship between India and China”.

“The resolution of this issue is quite straight forward from our perspective. The Chinese side needs to stop creating obstruction and hindrances in the normal patrolling patterns of the Indian troops,” he said.

The India’s ambassador to China also dismissed Beijing’s claim of sovereignty over Galwan valley in Ladakh as “completely untenable”, and asserted that these kinds of exaggerated claims are not going to resolve the situation.

“Whatever activities we may be carrying on have always been on our side of the Line of Actual Control (LAC), so the Chinese need to stop activities to alter the status quo. It is very surprising that they should attempt to do so in a sector which has never before been a sector of concern.” he said.

Emphasising that India is “very aware and very clear about the alignment of the LAC in the Galwan Valley,” he said our troops have been patrolling up to these areas without any difficulty for a very long period of time.

On the Chinese Ambassador Sun Weidong’s assertion on Thursday that the onus is on India to deescalate tensions, Misri said, “I think we have been very clear, and very consistent in pointing out that it has been Chinese actions over an extended period of time, that are responsible for the current situation”.

“In fact beginning with the time frame of April and May, I would say there were a number of Chinese actions along the LAC in the Ladakh sector in the western sector that interfered with and hindered with the normal patrolling activities of our troops in that sector. This led obviously to a few face-off situations,” he added.

Misri further hoped that the Chinese side will realise its responsibility in de-escalation and disengagement in the ongoing military-level meetings at the LAC.

Defying the agreed mutual consensus to disengage, Chinese People’s Liberation Army troops this week returned to Patrolling Post 14 on the Line of Actual Control in Galwan valley in eastern Ladakh where the unprecedented violent June 15 face-off, in which 20 Indian Army soldiers were killed, occurred.

The PLA has even reportedly set up tents and an observation point exactly where it was on June 15, sources quoted by IANS said, adding that the Chinese have returned with huge reinforcements even after they have agreed to withdraw their troops and dismantle their setups.

The situation in the four flash points — Galwan Valley, Hot Springs, Depsang and Pangong Lake — in Eastern Ladakh is still tense despite military-level talks between India and China ending on a positive trajectory.

India has also increased deployment of forces and big guns by manifold across these places as the tension has escalated, said a senior government official, adding that China too has been building defence infrastructure on the other side.

At Pangong Lake, Chinese troops have moved up to Finger 4 where they have brought over 120 vehicles and a dozen boats. The Chinese army has also opened up a new front in the area near the Depsang Bulge, a table-top plateau north of Galwan. They have built camps and deployed vehicles and troops.

The build up by the Chinese army has again started at Patrol Point 14 in Galwan, Patrol Point 15 in Kongka La and Patrol Point 17 in Hot Springs, even though they had agreed to remove defence infrastructure.

The development comes even as the Army on Tuesday informed that the Corps Commander-level talks between India and China on Monday were held in a “cordial, positive and constructive atmosphere” and that there was “mutual consensus to disengage” along the LAC.

This was the second such meeting after the first one on June 6 happened to defuse the tensions.

The meeting between 14 Corps commander Lieutenant General Harinder Singh and South Xinjiang Military District chief Major General Liu Lin happened on the lines of the one they held at the Chushul-Moldo border personnel meeting (BPM) point in eastern Ladakh on June 6.

However, Chinese Army troops were back at the same location where the conflict took place, the same way they had done after the June 6 talks, further leading to the clash at Galwan valley in eastern Ladakh.

Following the violent face-off, Foreign minister S Jaishankar, in a strong message to Beijing, had told his Chinese counterpart Wang Yi last week that what happened in Galwan valley was “pre-meditated” and “planned action” by China which was responsible for the sequence of events.

EAM S Jaishankar underlined that this unprecedented development will have a serious impact on the bilateral relationship and stressed that the need of the hour was for the Chinese side to reassess its actions and take corrective steps.