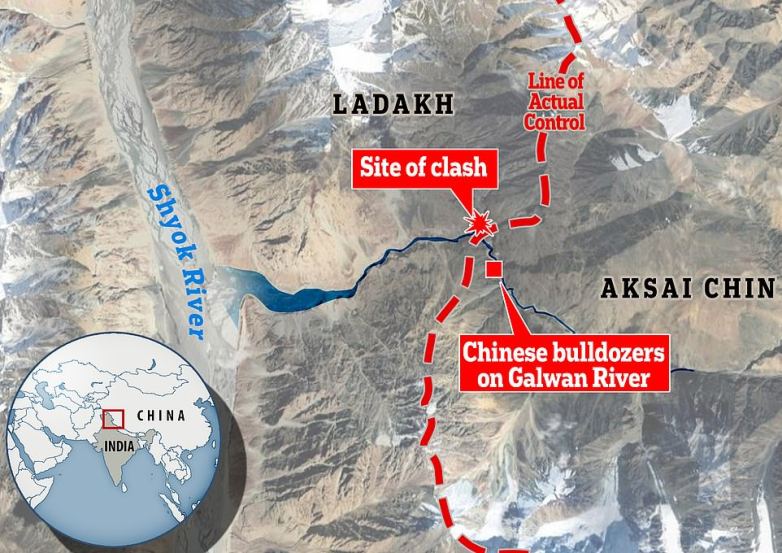 The deadly clash between China and India in the Galwan Valley, Ladakh, has heightened the probability of war along their border. In fact, they are trapped in the most dangerous great power relationship in the world. China and India must engage each other more, not less. To paraphrase Churchill: Better to “talk-talk”, than to “war-war”.

THE DEADLY 15 June 2020 clash between Chinese and Indian troops at the Galwan Valley, Ladakh, has threatened to make war a realistic scenario between the two nuclear armed countries. Both sides have been building up their military capabilities near the conflict site to prepare for worst-case scenarios. If things get worse, the clash could push Sino-Indian relations to a different trajectory pitting them as full strategic rivals.

Given this context, the two sides must strive for more strategic dialogues and confidence-building, not less. After the clash, many in India have called into question the utility of such efforts. This is a mistake. If China and India walk away from mutual engagement, the end result could be prolonged strategic rivalry, arms race, and rising prospect of major war.

Sino-Indian relations are unfortunately trapped in the most dangerous great power relationship in the world. Power dynamics, territorial disputes, and the lack of third-party restraint provide a toxic mix of triggers of war.

Traditionally, power shifts provide impetus for rivalry among the great powers. According to neorealism, which was coined by American political scientist Kenneth Waltz, the anarchic order of international relations makes great powers highly wary of balance of power changes. Rising powers inevitably cause others to assume the worst and that makes the security dilemma between them unavoidable.

China and India are both rising powers and this fact has made their relationship even more prone to the security dilemma. The results are mutual insecurity, recurring crises, as well as rising probabilities of war. According to Waltz, the security dilemma makes war more likely even between two defensively-motivated countries. During a crisis, mutual exaggeration of hostile intentions may provide incentives to both parties to launch pre-emptive attacks.

Territorial disputes between China and India provide catalysts for crisis, escalation, and war. While they have not been able to decide their border by a permanent settlement, even the so-called Line of Actual Control (LAC) is fluid and murky. Both sides send their militaries into the contested areas along the LAC to conduct patrols or build infrastructures.

The inevitable outcomes are frequent and dangerous face-offs, which culminated in the 15 June clash which led to the many deaths on both sides, although the numbers on the Chinese side remain unverified.

According to the scholar of international relations, Stephen Kocs, the existence of a territorial dispute between contiguous neighbours is a key variable in determining whether war occurs. War is many times more frequent in cases where states dispute their shared boundary than in cases where the boundary is clearly delimited and legally valid.

However, what makes Sino-Indian relations the most dangerous great power relationship in the world concerns the lack of third-party restraint. While China-Japan relations also exhibit the effects of power dynamics and territorial dispute, the United States can tame their conflicts. Washington, through its alliance system, both deters China and restrains Japan.

Indeed, the US played this role during the 2012-13 Sino-Japanese conflict in the East China Sea. As a result, a major war scenario between China and Japan is extremely low due to the presence of third-party restraint, which denies incentives for escalation in a crisis scenario.

In contrast, no third-party factor exists in a bilateral crisis between China and India. Instead, China and India, standing alone, both feel compelled to stand firm in a crisis, fearing loss of face and reputation and the weakening of future deterrence. These concerns thus trap both parties in a vicious cycle escalation.

To restrain the security dilemma and minimise prospects of military conflicts, China and India, to be sure, have made exemplary efforts in recent years to foster mutual confidence. Prime Minister Narendra Modi and President Xi Jinping have in fact invested personal capitals in the above efforts. Their frequent bilateral summit meetings were designed to facilitate communications, eliminate mutual concerns, and build strategic trust.

These efforts have paid off. For example, after maintaining silence on the 15 June clash for a few days, Modi stated on 19 June that “China did not enter our territory, no posts taken”. These were obvious efforts by Modi to contain Indian domestic nationalism and they should have served to restrain the escalation between the two countries.

Now, some in India suggest that the 15 June clash offers proof of the failure of confidence-building efforts. As such, India must fundamentally re-orient its China policy. This is a dangerous approach to Sino-India relations.

That clash was caused by tactical situations along the fluid and contested LAC and was not an exhibition of strategic dynamics between the two countries. Prime Minister Modi’s efforts to restrain domestic nationalism actually proves the utility of strategic confidence-building.

If the two countries walk away from mutual engagement, the trajectory of their relationship would take a dangerous turn toward strategic conflict, even war. Therefore, both need to be willing to continue their previous efforts to cultivate mutual trust.

To quote Harold Macmillan, who paraphrased Winston Churchill, “to jaw-jaw is always better than to war-war”. In other words, to “talk-talk” is better than to “fight-fight”. Both must be aware that their territorial conflicts represent historical legacies of imperialism and colonial rule and they must try together to overcome these legacies.

Without these efforts, the peculiar mixture of power dynamics, territorial dispute and the lack of third-party restraint trap China and India in the most dangerous great power relationship in the world. Indeed, the most likely major war scenario concerns Sino-Indian conflicts in the Himalayan region, not Sino-Japanese conflicts in the East China Sea or Sino-US conflicts in the South China Sea.

Baohui Zhang is Professor of Political Science and Director of Centre for Asian Pacific Studies at Lingnan University in Hong Kong. He is the author of China’s Assertive Nuclear Posture: State Security in an Anarchic International Order (Routledge 2015). He contributed this to RSIS Commentary.