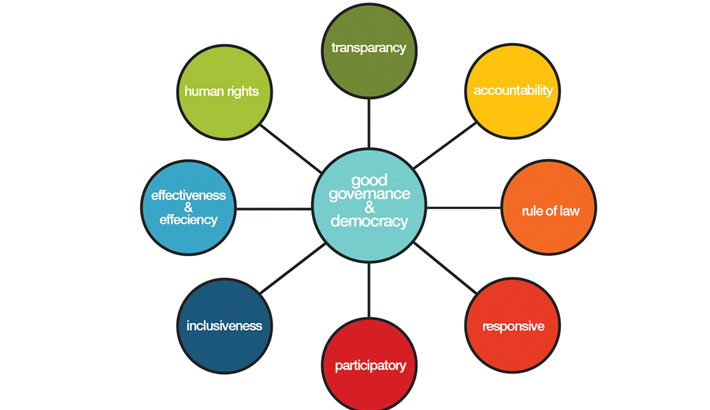 Corruption was originally a topic of Psychology, Political Science and Social Science. As a subject, corruption is new in Economics. J. S. Nye and Susan Rose-Ackerman are two of those who extensively researched in this area and wrote. Both of them wrote as a subject of Political Science. Psychology and Social Science look at corruption as a moral degradation or social disease. On the other hand, Economics looks at the corruption issue as a bureaucratic, institutional and political problem. There are differences also in respect of causes of and remedies for corruption. In this case, there is a similarity between Economics and Political Science. Referring to a study when J. S. Nye says, “especially in a newly born state bribery and corruption are integral parts of public life, which, like weeds, tends to destroy good plants; or in other words, corruption and nepotism destroy peoples’ good intention and ruin policies that are beneficial for the society”, he actually echoes Kautilya’s arthashastra (the science of wealth) and Niccolò Machiavelli’s The Prince. However, it is possible to combat corruption. Although at the beginning of development or in the words of J. S. Nye, ‘in a newly born state’ corruption exists but at the mature stage of development this governance problem gets solved. This is what the history of development tells us. To say it in the language of Bernard Mandeville (1714) “if the responsibility of running the state is bestowed upon an honest and astute leader, he may be able to convert individual’s dishonesty into the welfare of the collective’.

Paolo Mauro (1995, p. 683) in his cross-country analysis finds that ‘if Bangladesh were able to increase the bureaucratic efficiency index by a one-standard-deviation, its investment rate would rise by almost five percentage points, and its yearly GDP growth rate would rise by over half a percentage point.’ The World Bank in its 2002 Report, says, in absence of corruption Bangladesh’s growth would have been double. So, it is comprehensible that Bangladesh is deprived of its desired growth because of corruption. Bangladesh has achieved a growth rate of 4.68% in 1991-2000, 5.58 in 2001-2010 and 6.95% in 2012-2019, which cannot be said to be remarkable while Ethiopia achieved a growth rate of 9.25% in 2012-2019. Asadullah, Savoia & Mahmud (2014) has shown how NGOs contributed to Bangladesh’s development indicators. Therefore, in the absence of NGO activities how the development indicators in Bangladesh might look like, remains debatable. As corruption has been detected as number one retarding factor for growth and development, political parties, government, the government head, civil society— all must understand the causes of corruption. Once we know the causes of corruption, its cure (remedial measures) would easily be known. Let’s, then, discuss the causes of corruption, which are applicable mainly in South Asian perspective.

Gunnar Myrdal (1968) in his famous book ‘Asian Drama’ has explained the rise of corruption in South Asia as absence of democracy or immature democracy. He observes that on one hand, profit motive and market habit have not developed in the economic sphere; on the other hand, strong motivations for private gains have developed in the public responsibility. All economic activities are motivated by profit and tendency to make private gains from holding public responsibility and power. He further explains that the behavioural reactions which are never considered for profit-making in the West, have created a market and thus have led to making profit in South Asia. This non-market behaviour in economic sphere and profit-making tendency while having public responsibilities, are prevalent in South Asian countries because these countries have entered into capitalist societies much later than the Westerns.

The rise of corruption can be explained as a connection filling up the gap in the imperfect market where costs, revenues, profits, losses are distorted due to irrational calculations of the actors of the market. This imperfection has given rise to informal sectors in the economy and informal exchanges in the formal sector where officials are supposed to promote market mechanisms but in reality, they slow the market forces or distort the markets compelling the actors of the market to pay extra to expedite or carry out economic activities (Myrdal 1968).

Pluralism of the societies has been found as a cause of corruption. Because it has prevented the formation of an undivided loyalty to the community as a whole in the public officials and politicians. Rather, these people in power have shown favouritism to certain groups with whom they have special relations based on religion, ethnicity, language, family, caste etc. Firm rules and punitive measures essential for building a wider loyalty, are absent in South Asia (Myrdal 1968).

Myrdal (1968) has emphasized the evolution of a society in explaining corruption. Corruption has been bred on the changes that took place in the countries which won independence and transformed from colonial system to self-government. The repatriation of efficient and professional bureaucrats, and the take-over of positions by the local inefficient officers are also the causes of corruption.

Too much regulation is an important cause of corruption. The more regulations are there, the more would be the scope for the bureaucrats to take bribe. The World Bank publishes an index called ‘ease of doing business’ every year, which indicates the regulatory requirement in government offices. Here we can see that the value of the index is higher in countries where corruption is higher, for example, in Afghanistan, Bangladesh, Nigeria, Pakistan and India this value is 173, 168, 131, 108 and 63 respectively. On the other hand, the value is low in countries where the level of corruption is low, for example, in New Zealand it is 1, in Denmark it is 4, in Norway it is 9 and in Sweden it is 10. The value of the index in Malaysia is only 12 and Malaysia is the country which has achieved spectacular developments in its industrial sector and trade & commerce in the last four decades.

Svensson (2003) and Chen & Reinikka (1999) in their Study find that leaving the discretionary power with the bureaucrats is tantamount to give them the opportunity to take bribe. The discretionary power should be left with only the law-makers who will make law after long discussions in the parliament and before passing the law, the parliamentary committee has to listen to all the parties related to the issue. For example, if the law is regarding garment industry, parliamentary committee must listen to the workers belonging the garment industry. Gunnar Myrdal (198) has mentioned discretionary power as a cause of corruption as it creates a strong vested interest group

The bigger the size of the government, the more the scope for corruption; and the more decentralised the power structure of the government, the less the scope for corruption. If the government spending is segmented in many layers, corruption is less likely to take place. All the researches conducted in this area, show similar results. Kotera, Okada & Samreth (2012) add democracy in their equation and find that corruption will fall if the size of the government is small only when there is democracy in the country. Theobald (1990, p. 127) finds that corrupt bureaucrat and politicians transfer resources to unproductive projects with view to misappropriating the state funds and this finding is upheld also in the researches conducted by others. Zafarullah and Siddique (2001) conduct a research on Bangladesh and finds that due to dishonesty and inefficiency of the bureaucrats Bangladesh is wasting billions of dollars ever year. The Asian Development Bank expresses the similar view and says that the limited resources of the state, is being transferred to unproductive projects due to corruption in Bangladesh.

Research on corruption and the freedom of press and media, and the independent judiciary occupies a lot of area in Economics and Political Science. That without the freedom of press and media, and an independent judiciary corruption cannot be combatted is the main findings of these research works. Participation of women in labour force, parliament and other divisions of the state may help to reduce corruption. These findings are supported by Swamy, Knack, Lee & Azfar (2001), Dollar, Fisman & Gatti (2001) and many others.

The correlation between corruption and political institution and political system has been widely discussed in Economics and Political Science. That democracy promotes human development is like an established truth and is supported by many studies like Lipset (1959), Meltzer and Richard (1981), Dreze and Sen (1989), Boix (2001), Lake and Baum (2001), Brown and Mobarak (2009). Both the studies conducted by Ben Ali & Saha (2016) and Saha & Zhang (2017) find democracy conducive to human development but it is true for developing countries or at the initial stage of development. Starting from North (1990), and in many other later studies such as Butkiewicz and Yanikkaya (2006), Djezou (2014), Nawaz (2015) democratic institutions likewise governance have been found to be a determining factor of economic growth. Very recently, Acemoglu et al. (2019), using a panel of countries from 1960 to 2010, examine the impact of democracy on economic growth. Their estimate shows that democracy has a positive effect on GDP per capita and that its effect is significant and sizable. ‘The effects are similar across different levels of development and appear to be driven by greater investments in capital, schooling, and health’ Acemoglu et al. (2019, p. 1).

There has been a lot of research on political connection i.e. firms’ connections with political parties and corruption. If the distribution of permit, contract, license and administrative tasks in government offices are done with political consideration or with partisan viewpoint, economic growth is bound to be hampered because the most efficient firms which are already in the market, might be deprived because of having no political connection. And the firms willing to enter the market, will be prevented by the syndicate. Mara Faccio in his article published in American Economic Review (2006) has made it clear. There is a huge incentive for firms to be connected with political parties. The politically connected firms will receive preferential treatment from the government in a number of forms, for example, he will buy state-owned enterprise at a nominal price, he will receive bank loan easily without collateral, he will pay less tax or no tax at all, regulatory requirement will be relaxed in his case etc. Shleifer & Vishny (1994) suggest that politicians take away much of the ‘windfall gains’ that the politically connected firms mange to gather.

It is not the duty of economists to prescribe how to remove the moral degradation or social disease. It is already said that Economics looks at corruption as a bureaucratic, institutional and political problem. As a cure for it, economists rather suggest to set some tools or instruments with a view to creating ‘checks and balances’ or a kind of equilibrium in state. Democracy and accountability, presence of an effective opposition in the parliament, freedom of press and media, freedom of speech, equal opportunity to preach all philosophies, independent judiciary, independent election commission, independent human rights commission etc. are these tools. Not only that, police and the inquiry commission will also have to be independent and the recruitment procedure will have to be free, fair and unbiased; otherwise, corruption cannot be combatted.