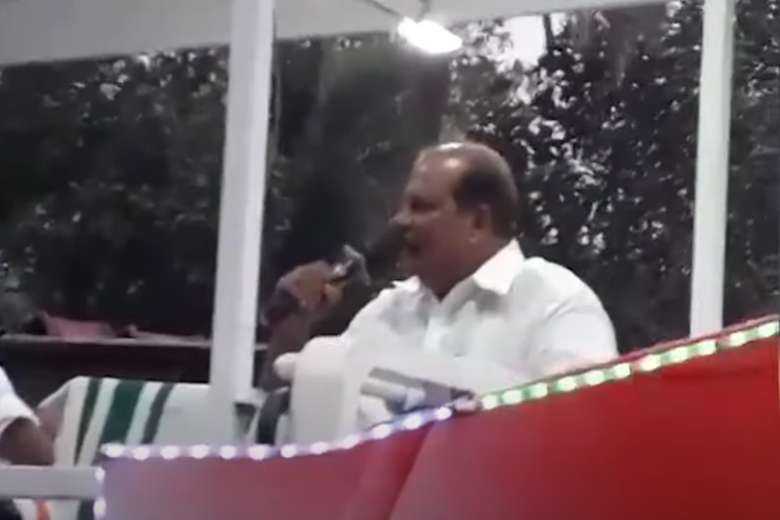 P.C. George was charged over a speech he made on April 29. (Photo: YouTube)

A senior Catholic politician in communist-ruled Kerala state in southern India was arrested and released on bail for alleged hate speech targeting Muslims.

The Catholic Congress Global Council has condemned his arrest, saying it was an attempt to appease radical groups opposed to Christianity.

P.C. George, a former legislator, was arrested at his residence in Erattupetta in Kottayam district and taken to state capital Thiruvananthapuram on May 1.

He was then produced before a judicial magistrate and granted bail after the prosecution sought judicial custody.

He is charged with promoting enmity between different groups on grounds of religion and a deliberate and malicious act intended to outrage the religious feelings of any class.

The 71-year old politician, who served as a legislator for more than three decades in the state assembly, was charged over a speech he made on April 29.

“In their [Muslim] hotels, if what I’ve heard is true, they add drugs in the tea to make people impotent. They want to make your men and women infertile and then take over the entire country”

“Tea adulterated with drugs inducing impotence was sold to non-Muslims in Muslim-run restaurants to turn people infertile in a bid to seize control of the country,” he allegedly said.

“In their [Muslim] hotels, if what I’ve heard is true, they add drugs in the tea to make people impotent. They want to make your men and women infertile and then take over the entire country.”

The former lawmaker also allegedly appealed to the audience to boycott institutions and restaurants run by Muslims.

“Why didn’t Yusuff Ali [a prominent Muslim businessman from Kerala] build a mall in Malappuram or Kozhikode [Muslim-dominated districts in Kerala]. I asked him directly once. Because he doesn’t want money from Muslims, he wants money from you [Hindus} … Under no circumstances should you spend a single rupee in these institutions,” he allegedly said in his speech.

Advocate Biju Parayannilam, president of the Catholic Congress, condemned the arrest of George, saying “it is a gross injustice.”

Meanwhile, the state unit of Vishwa Hindu Parishad (VHP), a right-wing Hindu organization, has come out in support of George.

Its Kerala president Viji Thampi questioned the government for arresting the Catholic politician, saying the police did not arrest Muslim leaders who made hate speeches against Hindus but arrested George for speaking the truth.

VHP is often accused of targeting Christians including their institutions and worship places in other states in India.