Bangladeshi Worker Arrested in Malaysia Spoke Up for Others, Supporters Say 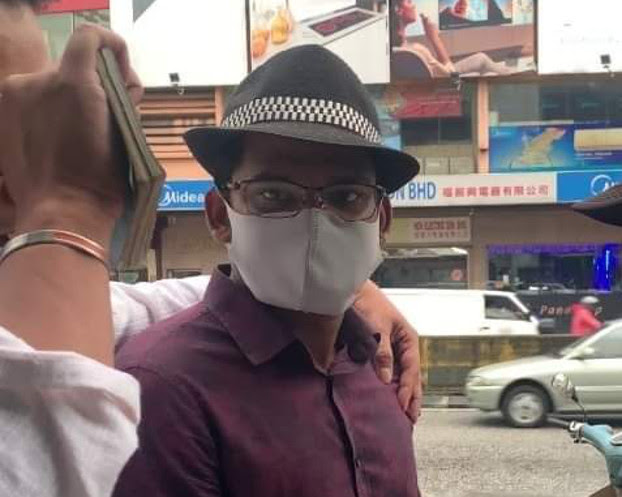 A Bangladeshi man interviewed in a media report about the plight of migrants in Malaysia during the pandemic has been detained and faces deportation, in what critics see as a double blow to press freedom and freedom of speech in the country.

Rayhan Kabir, 25, has been detained since July 24, blacklisted, and slated for deportation, although Malaysia’s immigration chief said he could not predict when.

“The earliest flight to Bangladesh will be on Aug. 31,” Immigration Department director-general Khairul Dzaimee Daul told reporters on Thursday when asked about Rayhan’s repatriation.

An immigration official who asked to not be identified told BenarNews that Rayhan had “violated his work permit” and this was why it was revoked. But officials have also characterized him simply as “unwanted” in Malaysia.

“Under the Immigration Act 1959/63, the Immigration director-general … can take action on any foreigner whom they feel is unwanted in our country,” Foreign Minister Hamzah Zainuddin said earlier this week, responding to an MP’s question about why Rayhan had been detained.

The son of a garment maker, Rayhan went to Malaysia six years ago to work and study, and got a degree and a full time job in 2019, according to his father.

But his life took a drastic turn after he was featured in a 25-minute Al Jazeera documentary alleging that the government, under the guise of providing aid and COVID-19 tests to migrants, instead handcuffed those without proper documentation and sent them to detention centers.

“They made a trap for us. They may give food, they give medication. All these things they give,” Rayhan told a reporter in “Locked Up in Malaysia’s Lockdown.” He is also seen trying to visit a friend in detention and talking to a lawyer about how to help him.

Calling the program “baseless” and likely to tarnish the country’s image, Malaysian authorities launched an investigation against Al Jazeera, and a manhunt for Kabir. His address was released by immigration officials, and threats against him surged on social media. Rayhan was eventually arrested on July 24. 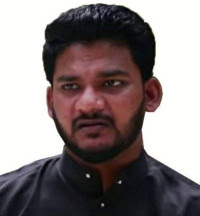 A lawyer assisting Rayhan said his client has been treated well in detention, but was ready to go home.

“We have been trusted by Rayhan’s family in Bangladesh to secure his return as soon as possible,” Attorney C.R. Selvaraja said. “We have sought a review for the court’s decision on Thursday which has allowed the Immigration Department to remand Rayhan for another 13 days.”

In Bangladesh, Shah Alam said his son, who traveled to Kuala Lumpur six years ago to go to law school after finishing secondary school in Bangladesh, had been a voice for others his entire life.

“I very often told him not to be so outspoken. But he used to tell me, ‘if you want to do something good for others, you have to speak the truth and endure some troubles,’” Alam told BenarNews about Rayhan. “I am worried about my son, but I am proud too. My son has spoken for others, not for his personal interests.”

Rayhan worked part time while studying commerce instead of law, sending money home each month, his father said. He went on to get his degree in 2019.

“Three to four months ago, he got a full-time job at the accounts department of a company in Kuala Lumpur,” Alam said.

“We have seen many Bangladeshi expatriates detained abroad, but Rayhan Kabir stands out in the crowd,” Hasan told BenarNews. “He was arrested not for any crime but instead he talked about the discriminatory policy of the Malaysian government against migrant workers. He talked for others.

“We hope that the Malaysian authorities would release him and let him come back to Bangladesh with dignity,” he said.

International groups have also taken note of Rayhan’s case, including Human Rights Watch, which said Malaysia should not only release him but also reinstate his work permit.

“The Malaysian authorities’ actions against Kabir send a chilling message to all migrant workers that speaking out about rights abuses risks arbitrary arrest, deportation, and blacklisting,” said Phil Robertson, HRW’s deputy Asia director. “The arrest of a source in a documentary adds to the devastating assault on free speech and media freedom in Malaysia.”

Nani Yusof and Ashif Entaz Rabi in Washington contributed to this report.