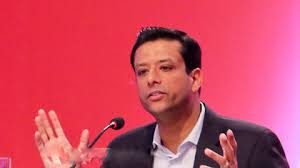 Sajeeb Wazed Joy is the son of Bangladesh’s prime minister, Sheikh Hasina, one of her mother’s official advisers and, apparently, the governing party’s chief propagandist. Many of his articles and Facebook posts are full of falsehoods, lies and misrepresentations – see here aboutdisappearances, here about a plot to kill him, and here about corruption.

This week in a highly offensive, inaccurate, defamatory and anti-semitic post he has taken aim at my father-in-law, Kamal Hossain, a well known lawyer and personality in Bangladesh who has decided to take a step forward into the political mainstream (and maelstrom) by allying his party with the country’s main opposition party, the Bangladesh Nationalist Party, with a series of demands around a fair election, and proposals to improve governance.

The AL v BNP
The first part of the post is a direct political attack again Kamal Hossain – and rather being offensive, Joy and hyperbolic and inaccurate. Joysays in his post:

Kamal Hossain has finally shown his true colors by forming an alliance with BNP-Jamaat. His one partner the BNP burned our people alive with arson attacks during 2013 and 2015. His other partners Jamaat tortured and murdered our innocent civilians during our War of Liberation. The BNP Acting Chairperson Tariq Zia has been convicted of the 21st August grenade attack on my mother and our party. Their Chairperson Khaleda Zia has been convicted for corruption.

I am in no way involved in any aspect of my father-in-law’s decisions about what he does in his political life – but it is important to make the following factual points about joy’s comments.

Whether BNP has changed, or is willing to change, as a party since its violent protests in 2015 or indeed from its time in office in 2001-2006 (where it was widely accused of corruption) is a mater of conjecture and speculation. But it is certainly inappropriate to argue, as Joy seems to do, that the Awami League is on the side of angels and the BNP on the side of the devils. And, right now, it is the Awami League, holding the power of the state, that is accused of very serious human rights violations – and it is the BNP and its activists which are amongst its victims.

Anti-semitism
However, this blog post is primarily about what Joy writes subsequently in his Facebook post – making outrageous allegations against myself as a means of attacking Kamal Hossain. For Joy, traducing reputations is simply collateral damage in his fight against my father-in-law.

In the first draft of his post, he referred to me as Hossain’s “Jewish” son in law. This is simply dog-whistle politics at its worst – Joy refers to my Jewish heritage as he thinks this is an effective way to smear my father in law. Joy thinks Bangladesh people will think worse of Kamal Hossain because his son in law is Jewish.  For a supposedly secular politician or a supposedly secular party, using my religious background as a way of attacking Hossain is pretty despicable.

This is not the first time, that his family has used this tactic. His mother, the prime minister, Sheikh Hasina, sought to do the same in parliament in June 2013 following an (anti-semitic) claim by an opposition politician that the prime minister’s son had married a Jewish women. However, rather that just saying that this was inaccurate the prime minister said:

Interestingly – seventeen hours after Joy published his post on Facebook and after it was reported widely in Bangladesh newspapers word for word, and shared thousands of time by his supporters  – Joy edited the post removing the word “Jewish”

Further falsehoods
Joy goes onto make further false and offensive allegations against me, claiming that I:

“tried to save our war criminals and is now continuously writing against our country. Both his daughter Sara Hossain and her husband are active abroad in trying to discredit Bangladesh in an attempt to get foreigners to intervene once again.”

What Joy really means to say is that any independent journalism which did not tow the government line on the trials was “saving war criminals.” The trials, just like any other part of Bangladesh political life, required independent journalism  – without fear or favour. It is the government who must be to blame for the tarnished reputation of the tribunal – since it, very sadly, was responsible for politicising the whole process.

As to the allegation about “continuously writing against the country” – what does he mean by that? That journalists should not write about the reality of a country’s politics, its alleged human rights violations and corruption, unfair and arbitrary detentions – since doing so means they are “writing against the country?” Was Jamal Khashoggi  – murdered recently by the Saudi Arabian government – “writing against” his country? Or was he in fact just holding up a mirror to it, creating a reflection which the country’s rulers did not like and did not want others to see. Joy’s minset towards independent journalism seems to mirror views held by countries like Saudi Arabia.

The only journalists Joy appears to appreciate are those who only write in favour of the government. Any other writing, in his view, is “against the country”.

And as to Joy’s fanciful and absurd idea that I (or indeed Sara) am “active abroad in trying to discredit Bangladesh in an attempt to get foreigners to intervene once again”!

Joy seems to think that there is a conspiracy around every corner, imputing non-existent motives and actions to any one who disagrees with his views or with the government’s actions. My writing does not discredit Bangladesh, nor does it seek to do so. If my writing happens to tarnish the reputation of the Awami League, government ministers or those who work for the country’s law enforcement authorities that is only because their own conduct discredit themselves.

As to seeking “to get foreigners to intervene” – this is some kind of figment of Joy’s imagination, presumably to ferment nationalist sentiment. It has no substance in any reality.

“These people disgust me. They have no morals, no ethics and certainly no love for Bangladesh. They are happy to join hands with terrorists and the corrupt, if they think that will get them to power. They are unpatriotic and anti-Bangladesh.”

It is difficult to know how to respond to such abuse. On a personal note (putting myself to one side for a moment), the idea that my wife and my father in law have “no morals, no ethics and certainly no love for Bangladesh” is just so wrong on all levels, and so opposite to the reality, that it is bewildering to believe that Joy would allow himself to write that.

The fact that Joy did do so, says more about him than anything else. He deserves to be judged harshly for this post.